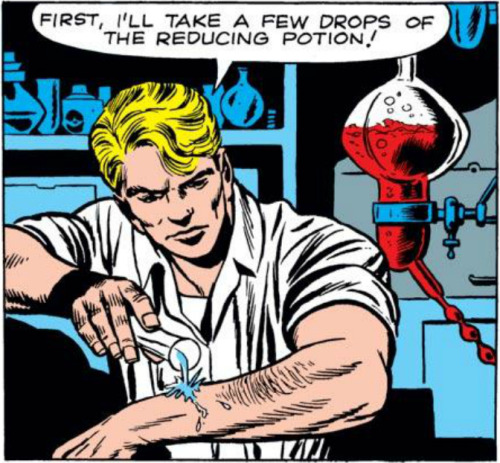 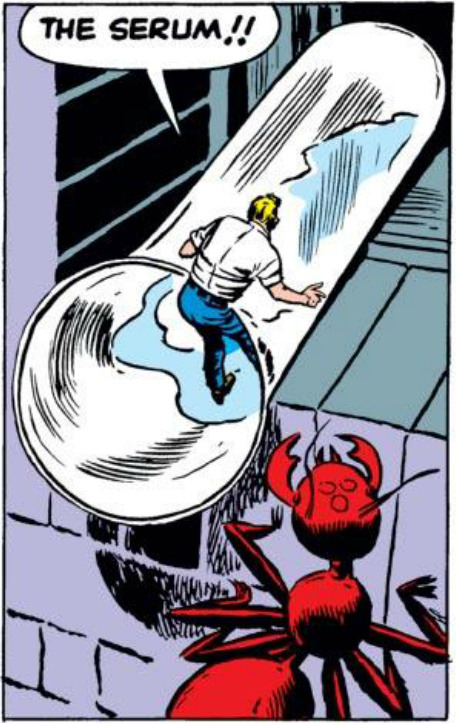 In “The Man in the Ant Hill,” Dr. Henry Pym discovers Pym Particles, which can make him shrink to the size of an ant.  Hilarity ensues. In this story, we see that Hank is tormented by his fellow scientists, who think he’s a screwball.  No signs of him being pathological—which will come later—but he’s already bitter.  In fact, this could easily have been an origin for a villain as he refused to tell his fellow scientists what he’s working on and swears to show them all that he’s the greatest scientist of all.

Pym’s original formula is a liquid that he drinks without testing first (pure hubris) and he ends up too small to reach to antidote, which is on a table above him.  He is attacked by ants, but one likes him and helps him.  In the end, he swears off using Pym Particles ever again.

He’s not really a part of a shared universe here—this is more of an old-style done-in-one, like the Twilight Zone.  I doubt Stan and Jack envisioned using Pym in the future.

Note: He doesn’t become Ant-Man in this comic.