The standout character and best stories from Roy Thomas’ run on The Avengers are clearly the ones involving Vision.  Roy Thomas can write the Hell out of robots.  Which is why these issues are classic.  They also really give artists a chance to run wild… 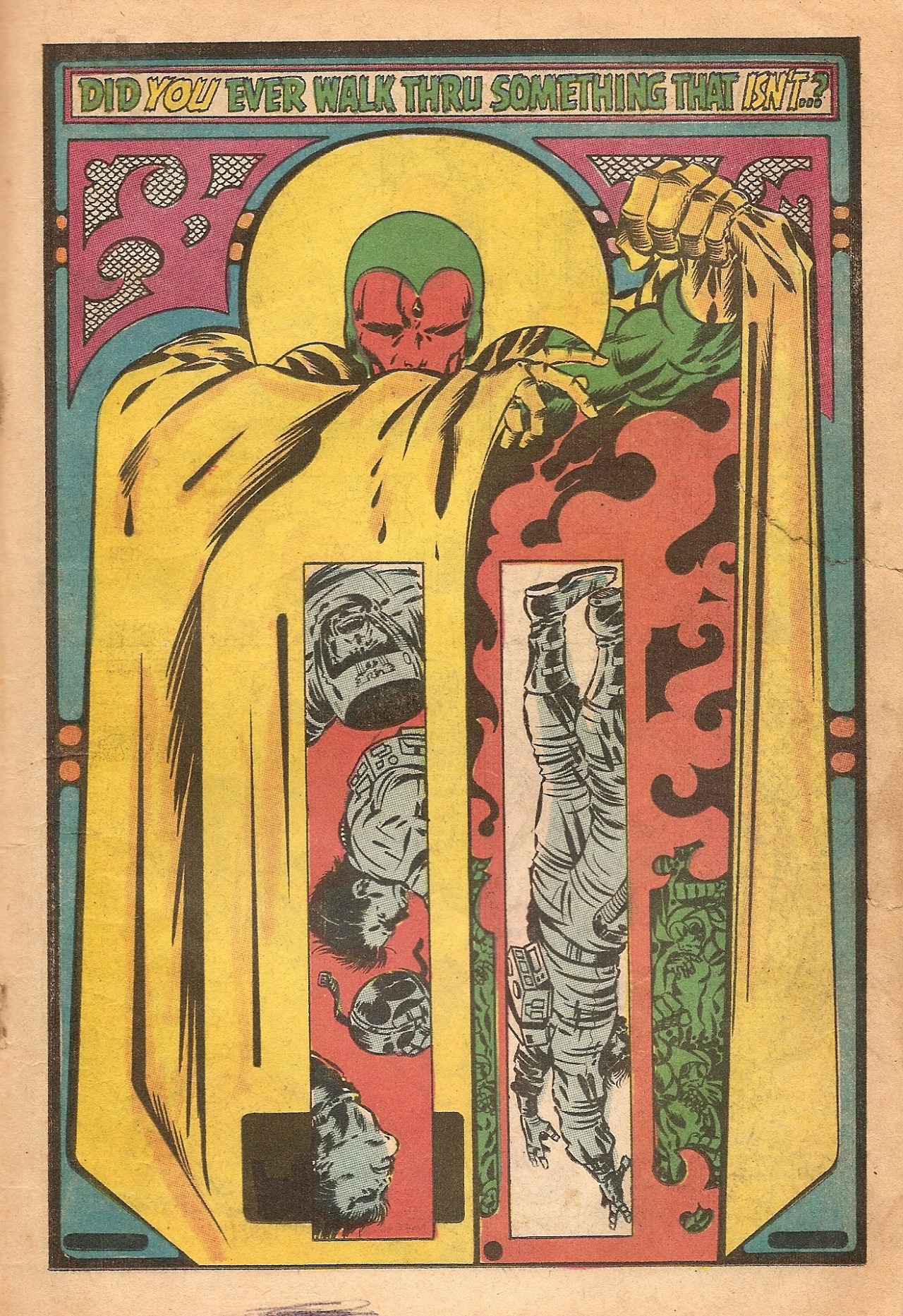 Barry Windsor Smith.  One of the best.

The story starts with a great splash page: 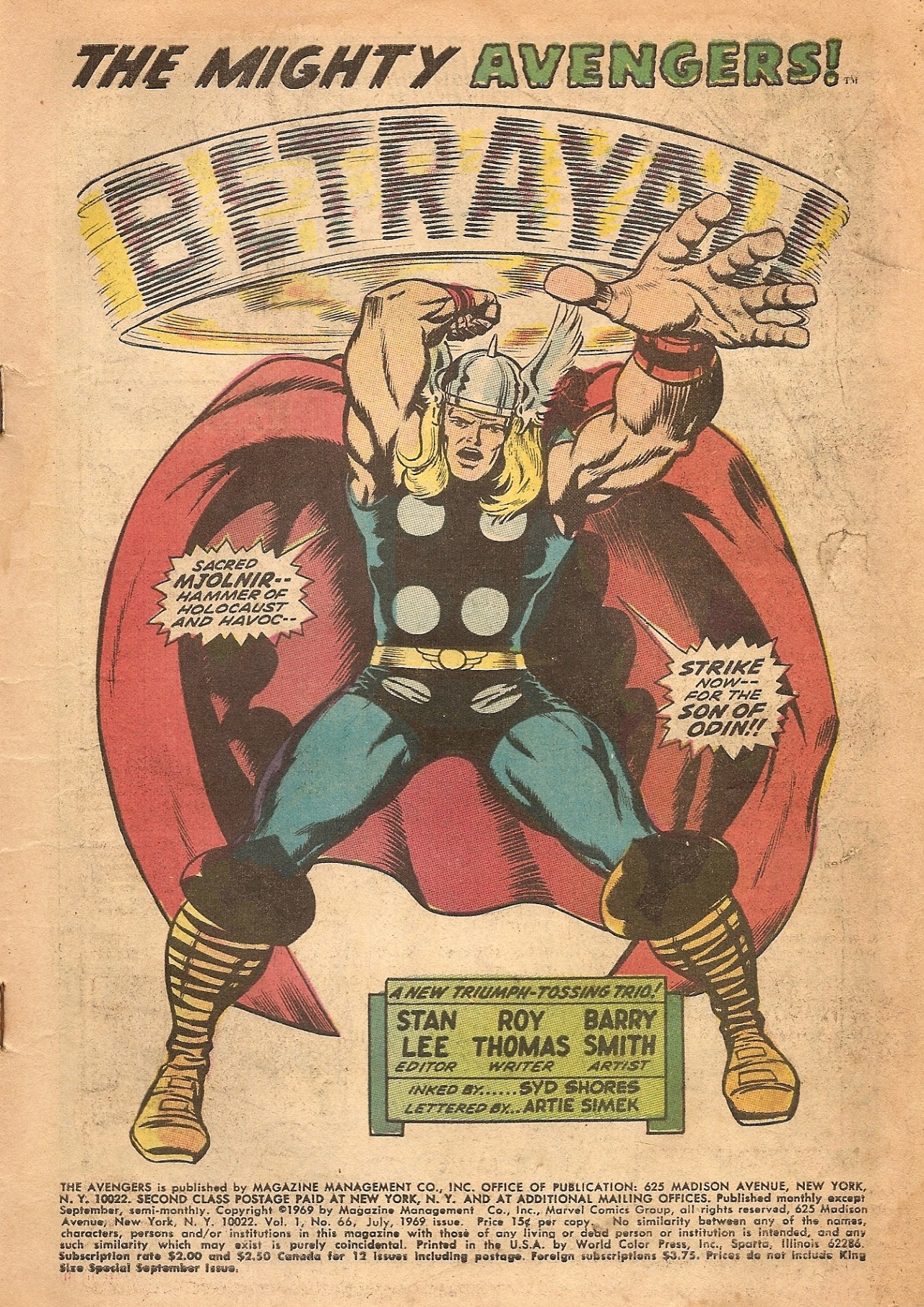 Then, what seems like a minor event: The team has been asked by Dr. Myron Maclain to test the strength of a new alloy that he has discovered: Adamantium.  We all know, of course, that it will become the second most famous comic book element of all time, right behind Kryptonite.  Anyway, I’m sure you can guess who really wants that new metal… Vision starts getting sick in the head, like delirious, and he can’t figure out what is wrong until he realizes that he’s got underlying directive programming that forces him to steal adamantium and provide it to Ultron.

The weird thing, though, is that Ultron 6 (above) is badass, but the evil robot recreates his image in an “ultimate” version…. It’s great to see evil Vision fight the whole team of Avengers.  It makes the third act of this story tolerable.  It’s a confusing, silly mess that involves Hank Pym going undercover as a United Nations speaker and subliminally breaking Ultron by introducing a “harm no humans” protocol.

This is also the story that introduces admantium.  Here’s how the Avengers react to it.  First, it makes Clint Barton think of his Hawkeye days…

Then, Thor tries to break it.  He can’t, which hurts his fragile male ego.  Wasp consoles him…