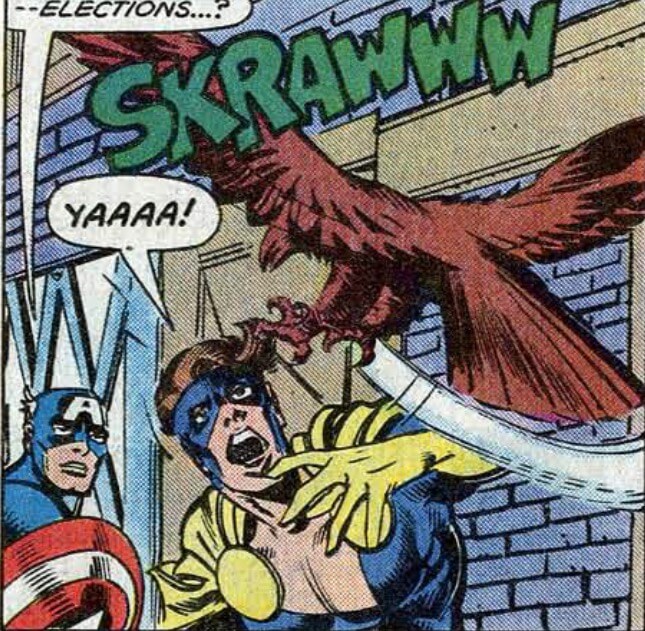 Falcon returns, because Sam Wilson lost his bid for Congress.  Not sure what this will mean for the Nomad/Cap partnership, but Nomad’s afraid of Redwing and we’ve already seen that Falcon thinks he’s a racist, so it’s not off to a good start.

The rest of the arc is building up a plotline that will culminate in issue #300. Nomad is having visions of an aging Captain America and someone with eyes of red.

Also, Steve’s gay friend Arnie Roth has his apartment invaded by Baron Zemo and a new villain, Mother Superior.  Her daddy is…

Red Skull.  Who is now old and bedridden.  Not clear how Arnie Roth fits into all this.

Also, Ron Frenz takes over on the art, and the difference is quite notable.  And not in a good way.  Fortunately, it’s just a fill in.  Frenz isn’t bad, he’s just not nearly as good as Mike Zeck was. 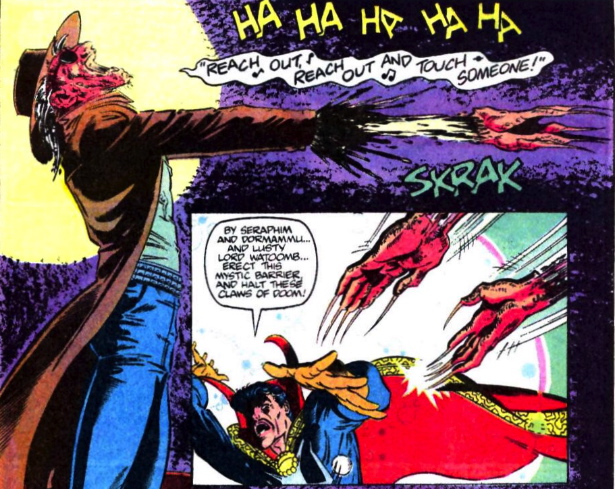 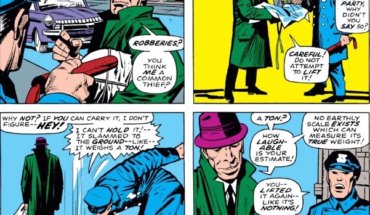 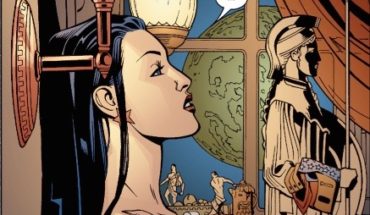