If Marvel Two-In-One only did one thing, and it was to create the famous Floating Poker Game, it would have been worth all 100 issues.  The Floating Super-Hero Poker Game would pop up here and there through the 1980s, and still makes an appearance from time to time, and it’s a great way to have little character moments and throw a whole bunch of guys into a single story.

In this issue, it’s the heroes from the cover plus District Attorney Jeremiah Tower and Jarvis the butler.  They don’t really get much play time because there’s a threat they have to get together and fight, but it’s such a great idea.  So simple, and yet it becomes one of those themes that helps weave together the entire Marvel Universe.  It’s things like this that made Marvel so special, and that made Marvel readers feel like they were part of a secret club for knowing about them. Best moment: When Thing tells Wonder Man to take off his “cheaters” (shades), so they can see his eyes, and Wonder Man does—revealing the glowing energy balls that sit in his eye sockets. 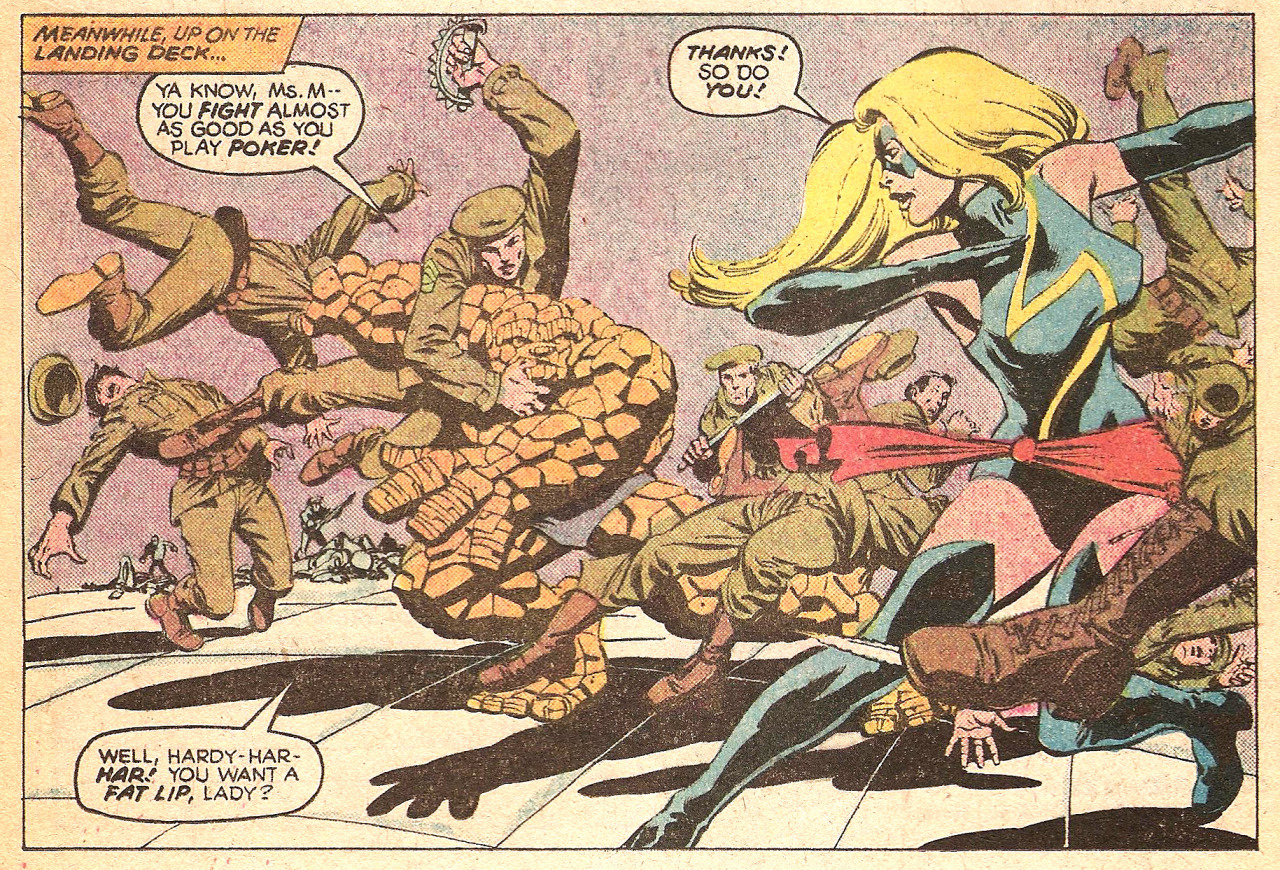 And there’s some action.

Creators: Peter Gillis and Frank Miller
Grade: A+ for the poker scenes, C+ for the adventure story.