Both Meggan and Captain Britain are having issues with their powers, and we’r not sure why.  Kitty’s testing them in the Danger Room, so the team is now at X-Mansion.

The Widget robot continues to kidnap humans, taking them to another dimension, and replace them with creatures from that dimension.  Also, there’s a British Hellfire Club who have designs on taking Kitty and Rachel “Phoenix” Summers.

And, on top of that…

…The team defeats an alternate reality version of itself where its members are all Nazis in a world where the Nazis rule.  Kind of like the X-version of Man in the High Castle.

In the end, the team simply sends the Nazis back to the dimension they came from, thus answering the question: “If you could stop Hitler, would you?”  These guys kinda wouldn’t.  It’s actually a hostage swap, because Callisto and Moira MacTaggert were taken by the other-dimension leaders.

Meanwhile, Kitty gets Illyana’s soul sword–now that she’s a little kid again–and sticks it in a stone. 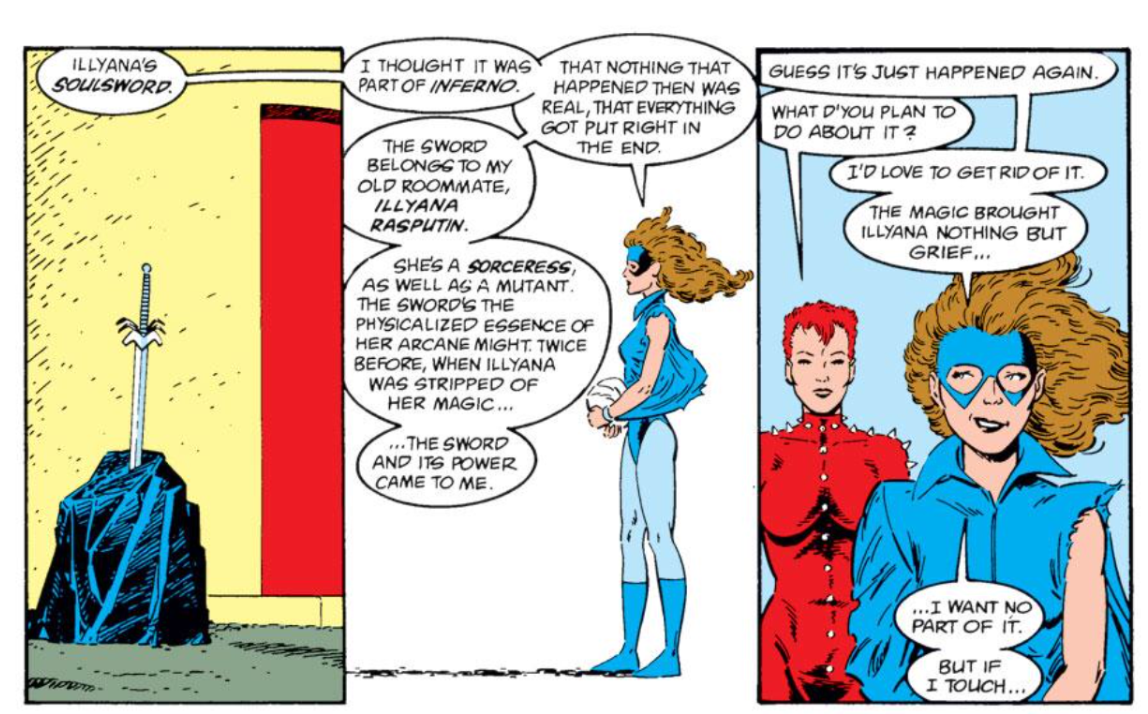 This continues to be an extremely “busy” comic (i.e., tons of storylines and characters popping in and out at a furious pace), emphasizing humor over drama.  It’s hard to keep up with the constant stream of new characters and stories.

But at least the Widget storyline seems to be finally going somewhere: Kitty phases through Widget in this issue, disabling him, so the Excalibur team captures the robot head.  I’m pretty sure he’s been working for the Nazi dimension, but I have to be honest: I can’t tell for sure what’s happening.  I mean, he’s the guy who stole Moira and Callisto, but at the same time why has he been dumping creatures from the other dimension into ours? 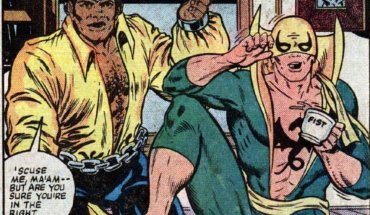