This book ends with #62, and it’s running on fumes. And speaking of fumes, Cap’s been doing something that gave him a hangover… 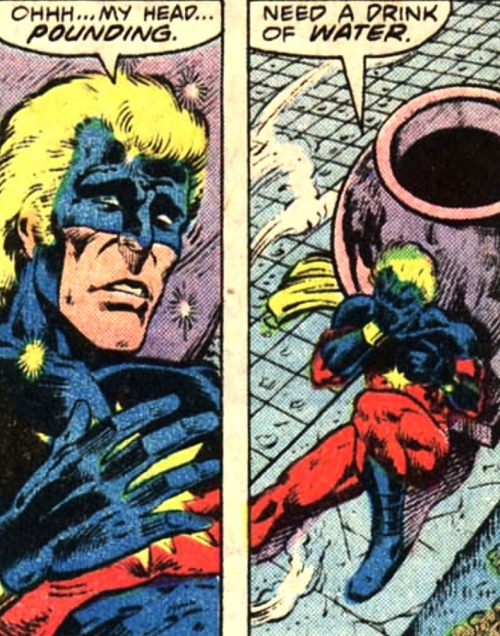 This story is four issues of Cap and Drax, who first fight and then team-up against ISAAC, which is the computer system that runs Thanos’ home planet, Titan. Drax fights Mar-Vell because he learns Marv killed Thanos, and Drax really wanted to do that. Seriously. That’s his motivation. 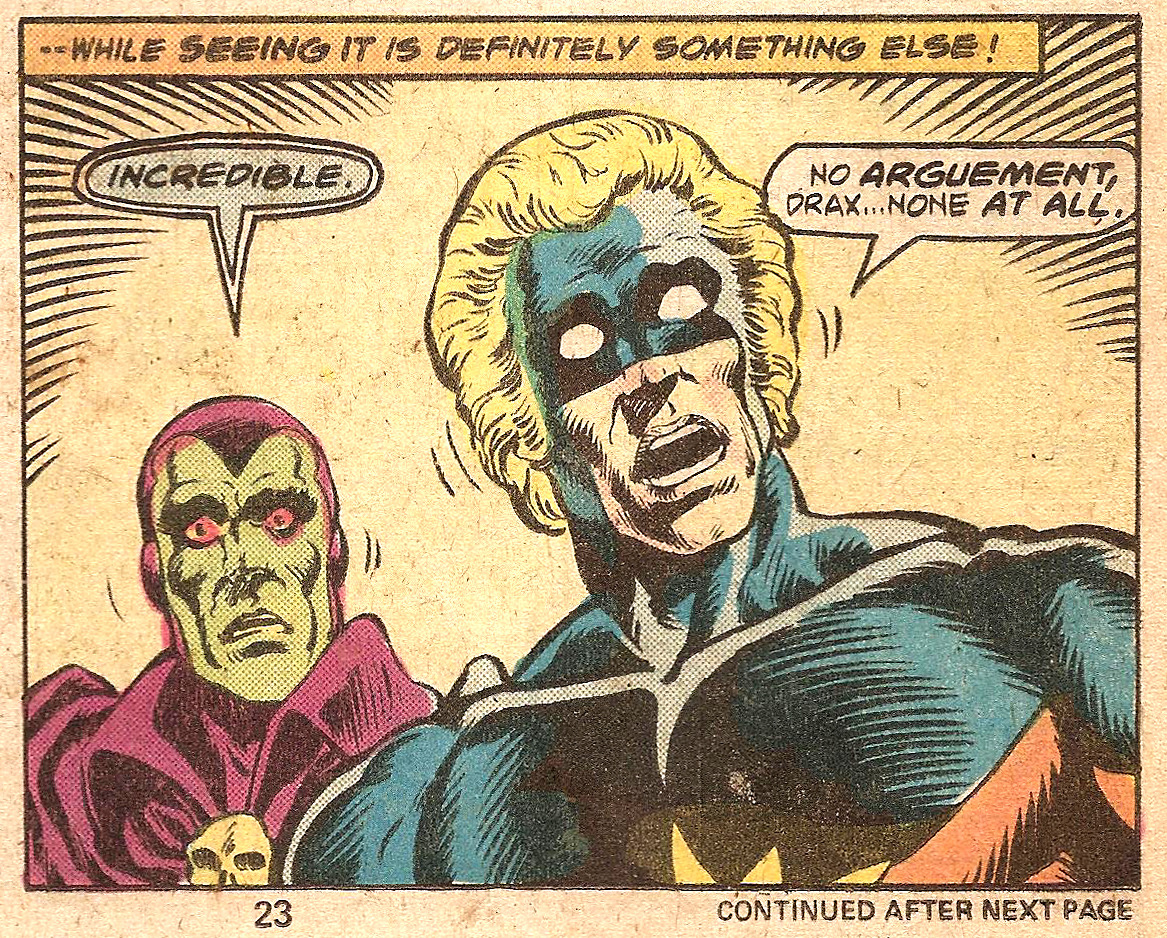 It ends with Rick Jones, now a huge rock star, and his girlfriend flying off with Mar-Vell to have adventures/