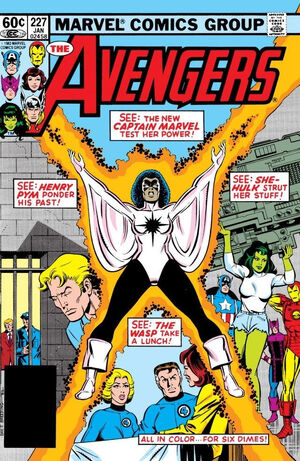 After creating her in Amazing Spider-Man Annual #16, Roger Stern immediately scripted this Avengers story in which the new Captain Marvel becomes an Avenger.  And you’ve got to love that cover: “See: The Wasp Take a Lunch!”

The story is mostly development of the Captain Marvel character–the team literally tests her powers, she learns about the original Mar-Vell (who makes an appearance via a videotaped autobiography), etc. We also get some nice character work with Wasp, who meets Reed and Susan Richards of the Fantastic Four for lunch. The married couple are worried about everything she’s been going through with Hank. Moments where heroes act completely human are what makes a Roger Stern script so different–and so much better–than just about everyone else’s.

And, of course, from there we get a shot of Hank in jail, which turns into an extended replay of his history.  Including where he recently betrayed and fought his own teammates. 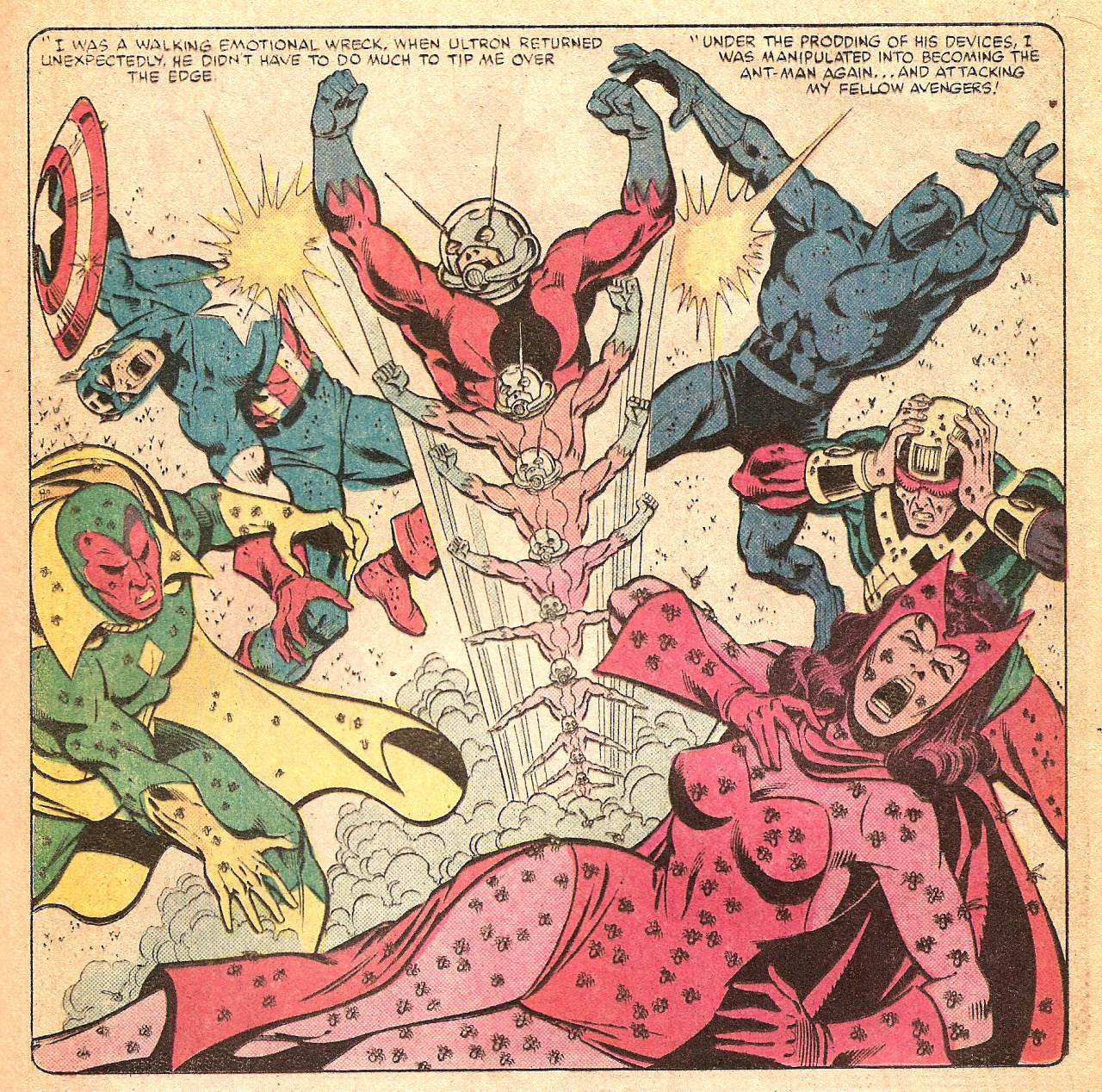 It takes several pages because he’s got one of the more complicated pasts compared to other Marvel heroes.

And then, in the end, we see that Egghead, who framed Hank, is still scheming to destroy him…