Iron Man’s solo book is on a steady upward slope in terms of quality.  Let’s start with that art.  It makes me sad that Giffen is only a guest artist.  But the amazing team of John Romita, Jr. and Bob Layton on inks is coming soon–and you can see how much this issue influenced their look for the character.  The armor is now reflective, and in other panels, it gleams. As for the writing, Mantlo is taking a much more mature approach to the character.  This issue features the villain Unicorn, who is unconscious and dying, so Iron Man brings him to Avengers mansion to see if he can revive him.

Mantlo also introduces a new villain, The Arsenal, who is basically a giant robot weapon.  Arsenal is guided by a mysterious character called “The Other.”  Iron Man beats him up. 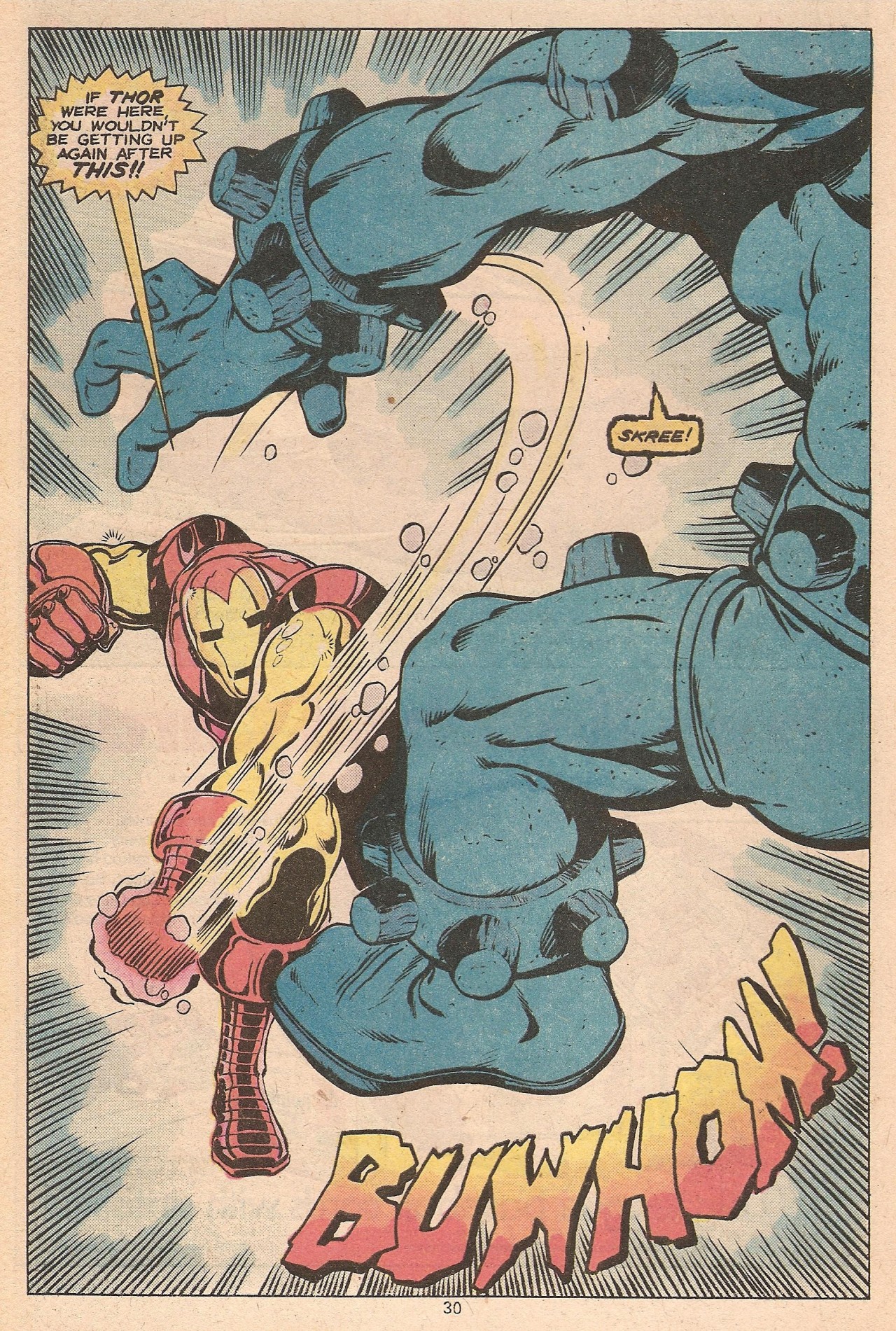 The story ends with Unicorn still not cured, and Iron Man vowing to continue until he can save him.