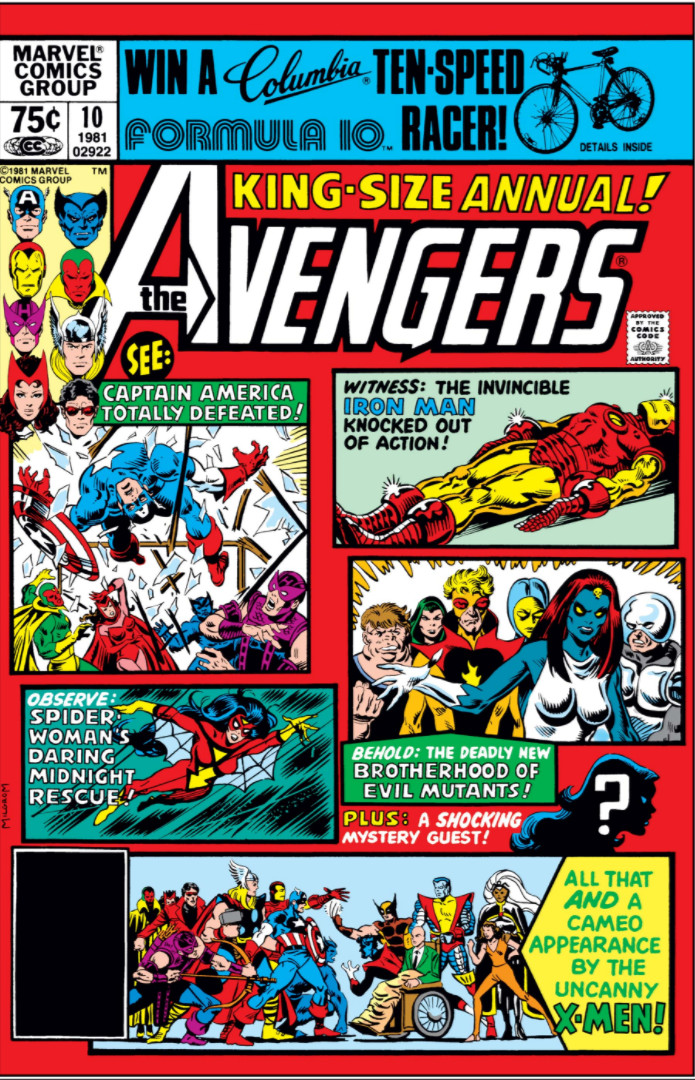 Look at that cover.  It’s so old school.  Nobody advertises issues of comics like that anymore.  But admit it: You want to read it!

Most annuals suck.  I’m not even covering most of the annuals because they’re not part of the ongoing storyline. 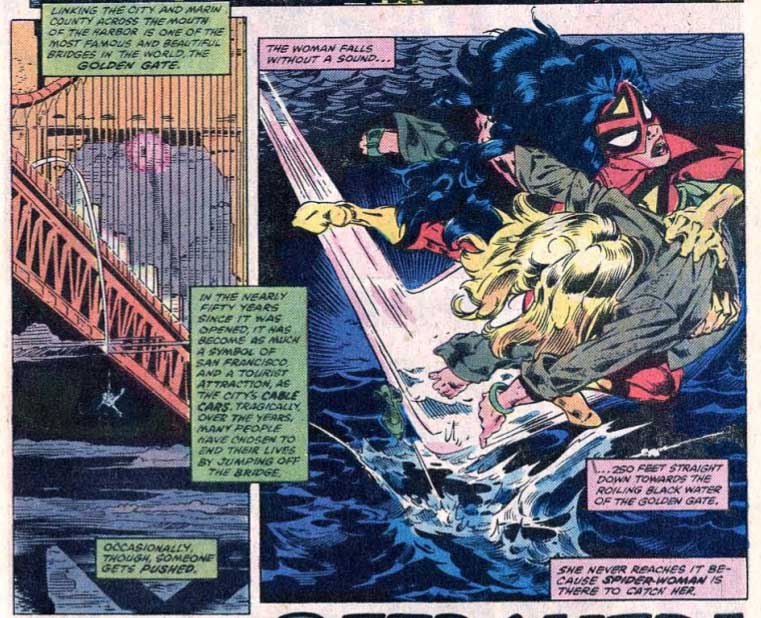 But Avengers Annual #10 is the exception.  It starts with Spider-Woman rescuing a mystery woman, who is falling to her death from the Brooklyn Bridge. 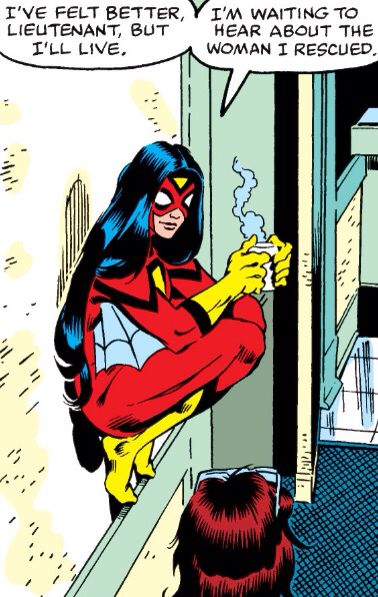 Turns out, she’s no less than Carol “Ms. Marvel” Danvers.

Then, Cap gets the crap kicked out of him. 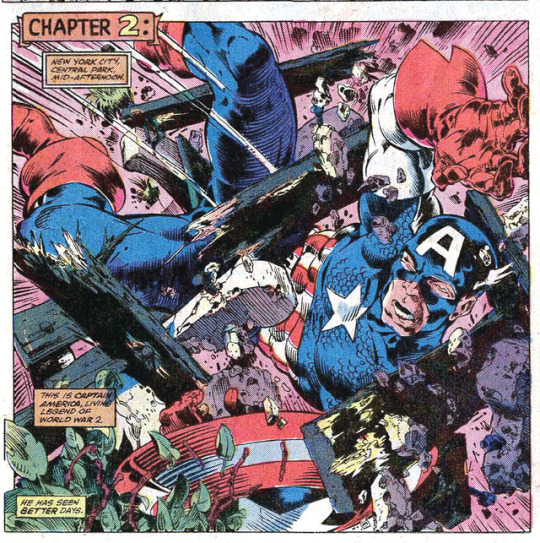 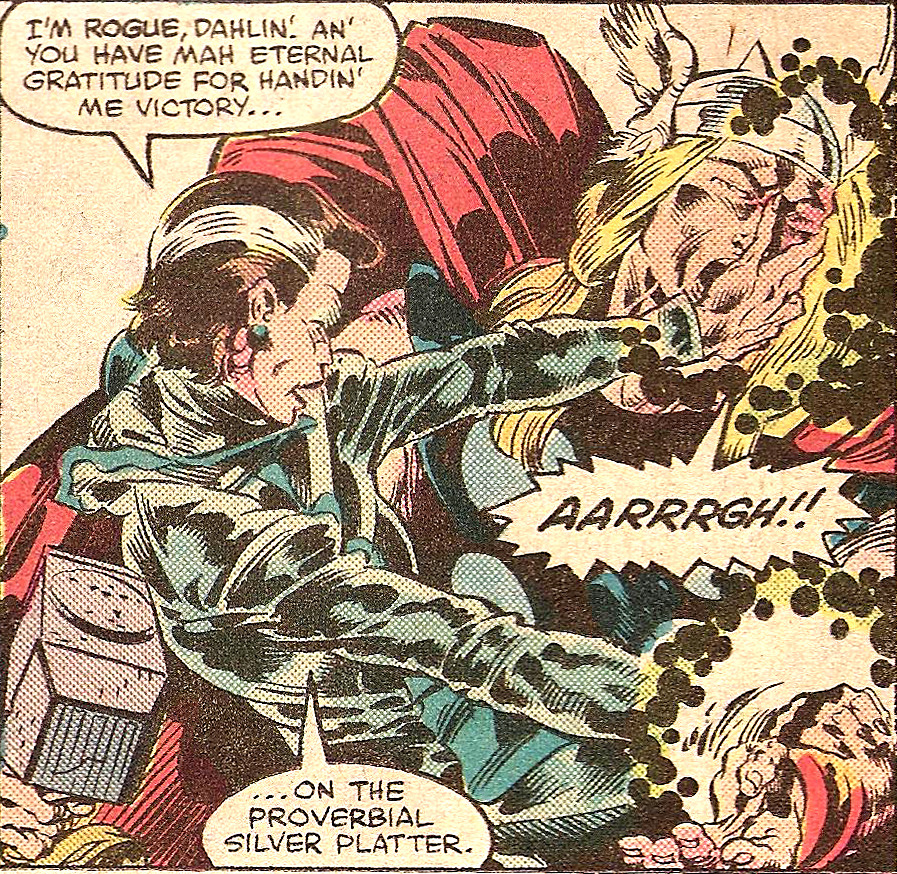 Written by Chris Claremont and illustrated by the legendary Michael Golden, this is the one that de-powered Ms. Marvel and introduced Rogue.  She absorbs Carol Danvers’ powers, permanently, and leaves Danvers an empty shell.  And when The Avengers try to offer sympathy…

This gives Danvers a chance to address her “rape” by Marcus back in Avengers #200.  Yeah, before Brian Michael Bendis had Purple Man do it to Jessica Jones, David Micheline did it to Ms. Marvel–and got her pregnant at that.  It’s still a controversial story.

This annual explodes with action–practically nonstop–but Claremont doesn’t sacrifice character moments like the one above.

The prison break scene featuring the Brotherhood of Evil Mutants is amazing.

My copy is signed by Mr. Golden, who is a hell of a guy.  One of my favorite comic books of all time, and easily one of the best “first appearance” issues of all time.