This book starts with She-Hulk and Wasp talking about mundane things like finding apartments in Manhattan, going back to work as a lawyer, etc.  The thesis of this comic is that it’s about She-Hulk as a person, not an adventurer, so having several pages of nothing but grounded conversation is helping establish this idea.

See that note in the bottom of the second panel above?  There are memos between Marvel’s Editor-in-Chief Tom Defalco and Bobbie Chase throughout the issue, criticizing the content.  I imagine this was particularly satisfying for John Byrne to write, since this book is his return to Marvel after the prior EiC forced him to end (badly) his run on Fantastic Four and let him to quit the company for several years.

And the characters of the book also approach the fourth wall, with one of the Headmen saying how superheroes are incapable of speaking without “quips.”  This is another way for Byrne to say that he’s trying to write a “real” book with characters who act like people would act in real life, albeit in superhero-situations. 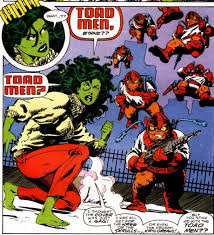 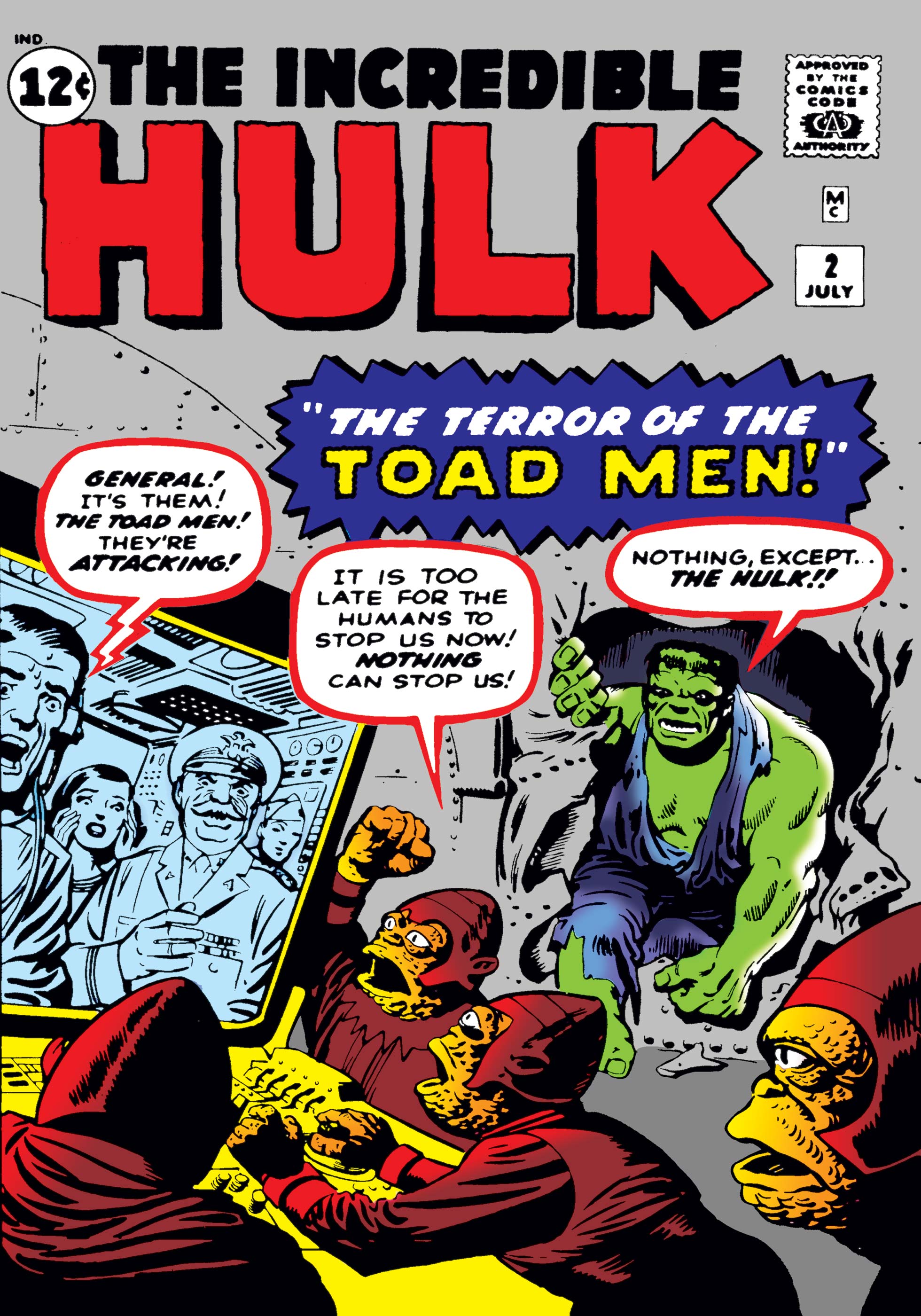 …So there’s an interesting parallel.  There’s some exposition during the fight scene, so here’s She-Hulk waiting for the action to start again. 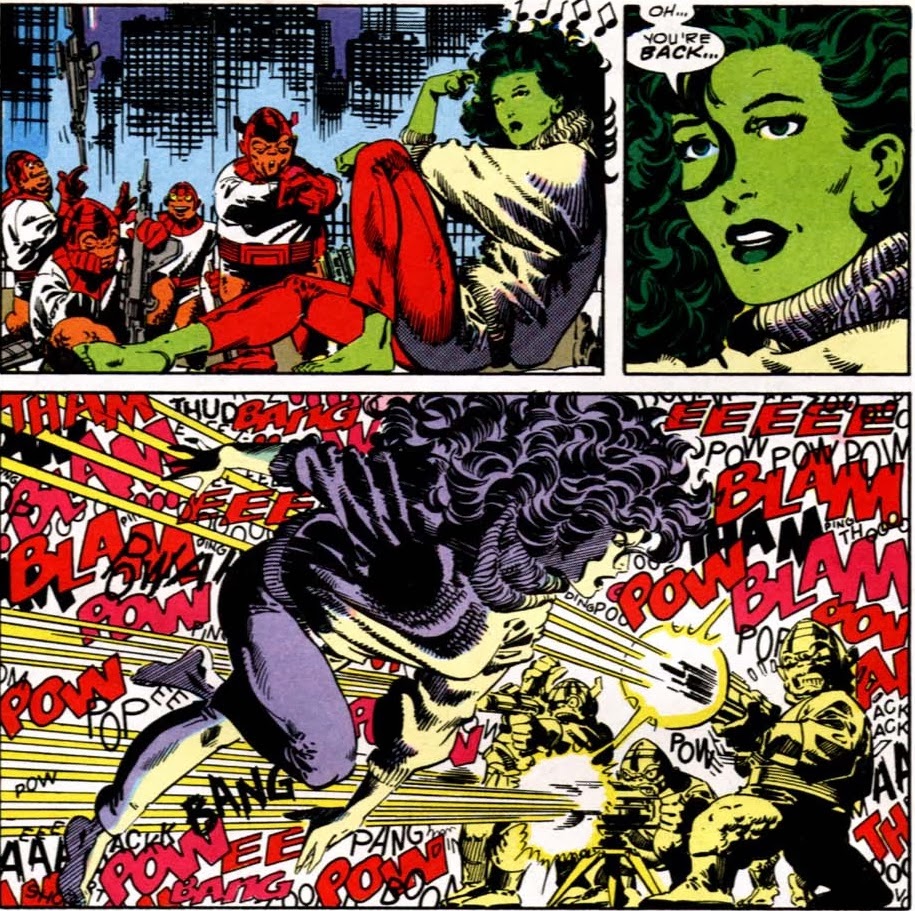 But the big reveal is that these actually are NOT the Toad Men.

Now, Mysterio is a villain who creates “fake” threats and has his past as a Hollywood guy, so that takes the 4th wall breaking to an even more meta level.  Byrne is really digging into this theme!

Mysterio was hired by The Head Men, who also hired the Circus of Crime in issue #1, to capture She-Hulk, which he does. 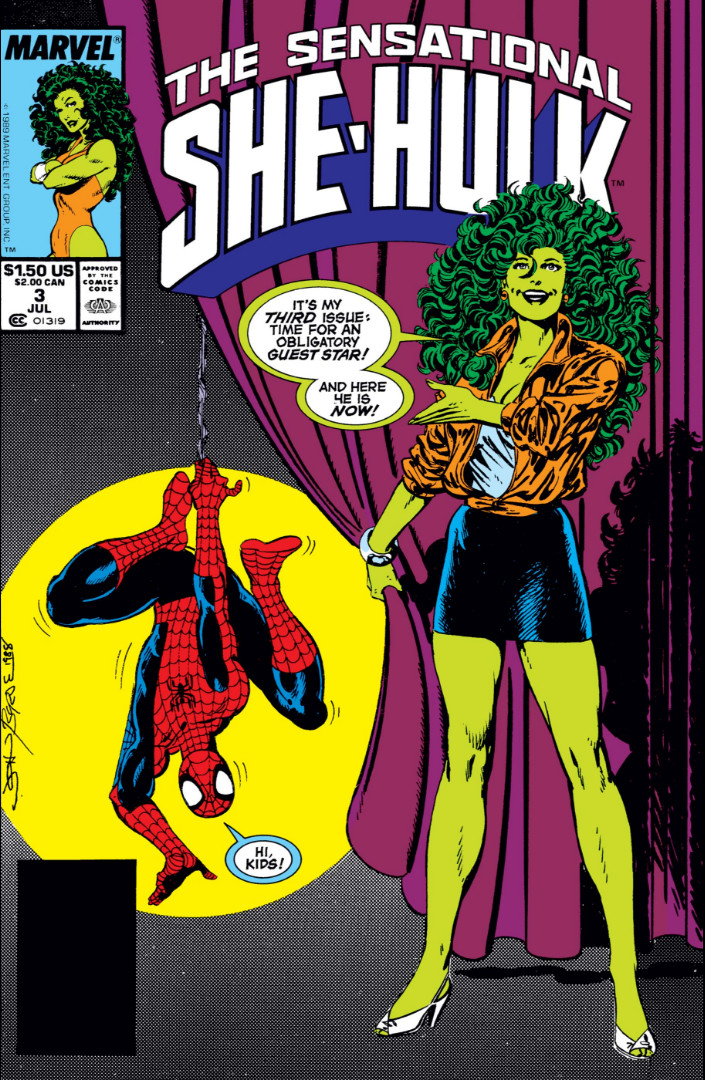 Oh, and Spider-Man appears in this story too. 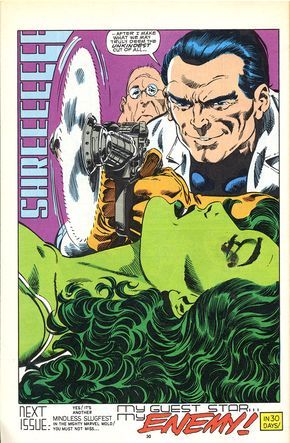 See, after they capture here, the Head Men actually remove She-Hulk’s head and Spider-Man arrives to try to rescue her.

Yes, this is all extremely weird.  It’s also very, very different from anything else being done by Marvel (or anyone) at the time so—yes, well done!  This book is basically telling readers how comic story beats are written, telling readers as each beat is hit, and generally deconstructing the genre—even as the main character, She-Hulk, is literally deconstructed by having her head removed.