A three-parter that tells the story of Wanda and Pietro’s childhood. The siblings first appeared as villains in the X-Men–part of Magneto’s Brotherhood of Evil Mutants–but eventually became good guys. Or, at least, not completely bad guys. Quicksilver kept being an arrogant jerk, and Wanda…

This was the first time Scarlet Witch got really evil. I mean, Magneto manipulated her and all that, but here we could see the beginning of the woman who would eventually cause the House of M event.

As for their origin: This was Marvel’s way of breaking them free of being the children of Whizzer and Miss America.  Bova the cow-woman tells them that she, and the two of them, were products of High Evolutionary, being given to him as youngsters by a woman named Magda.  In later issues we learn that Magda was the wife of Magneto–but we don’t know that from this issue, and we also know now that that origin, too, has been debunked.  By the end, Wanda is a hero again and instead of using her powers… 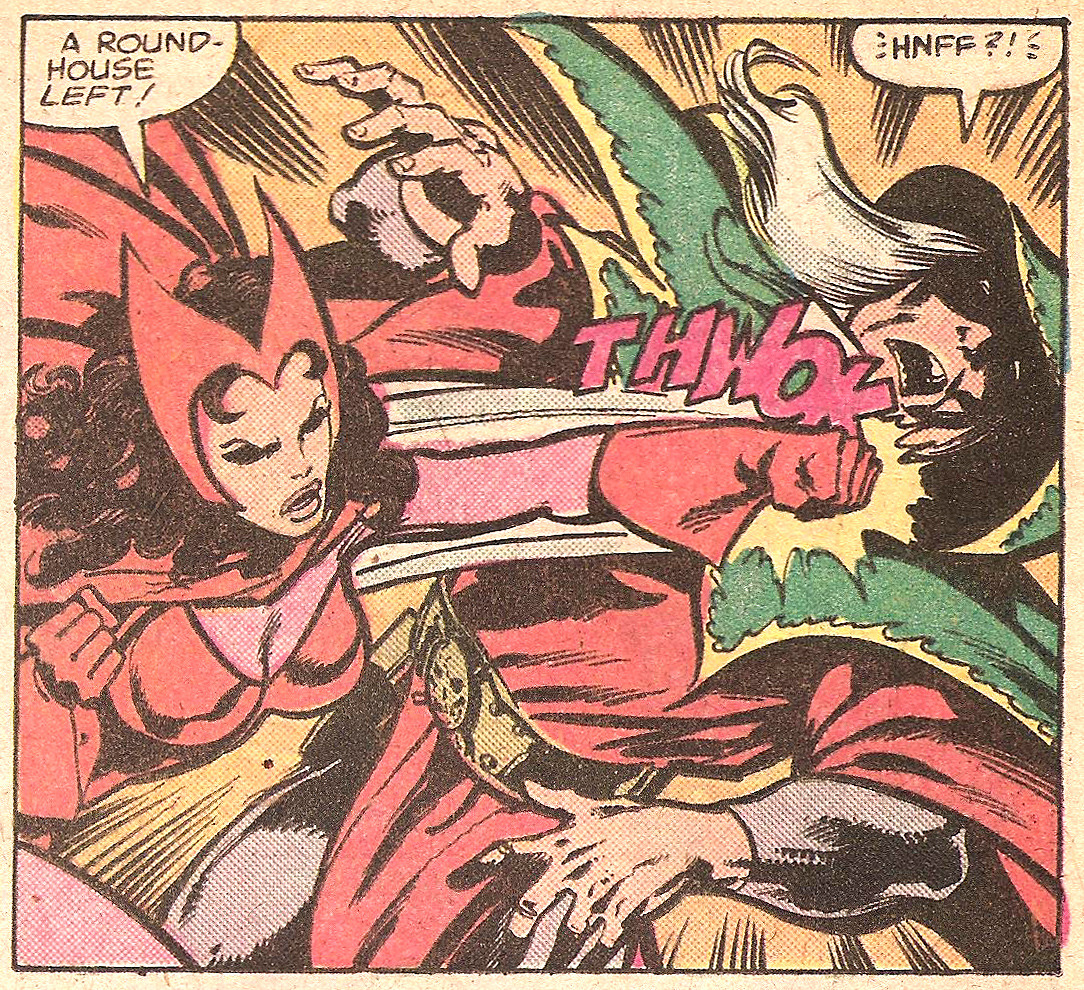 She uses her right cross! 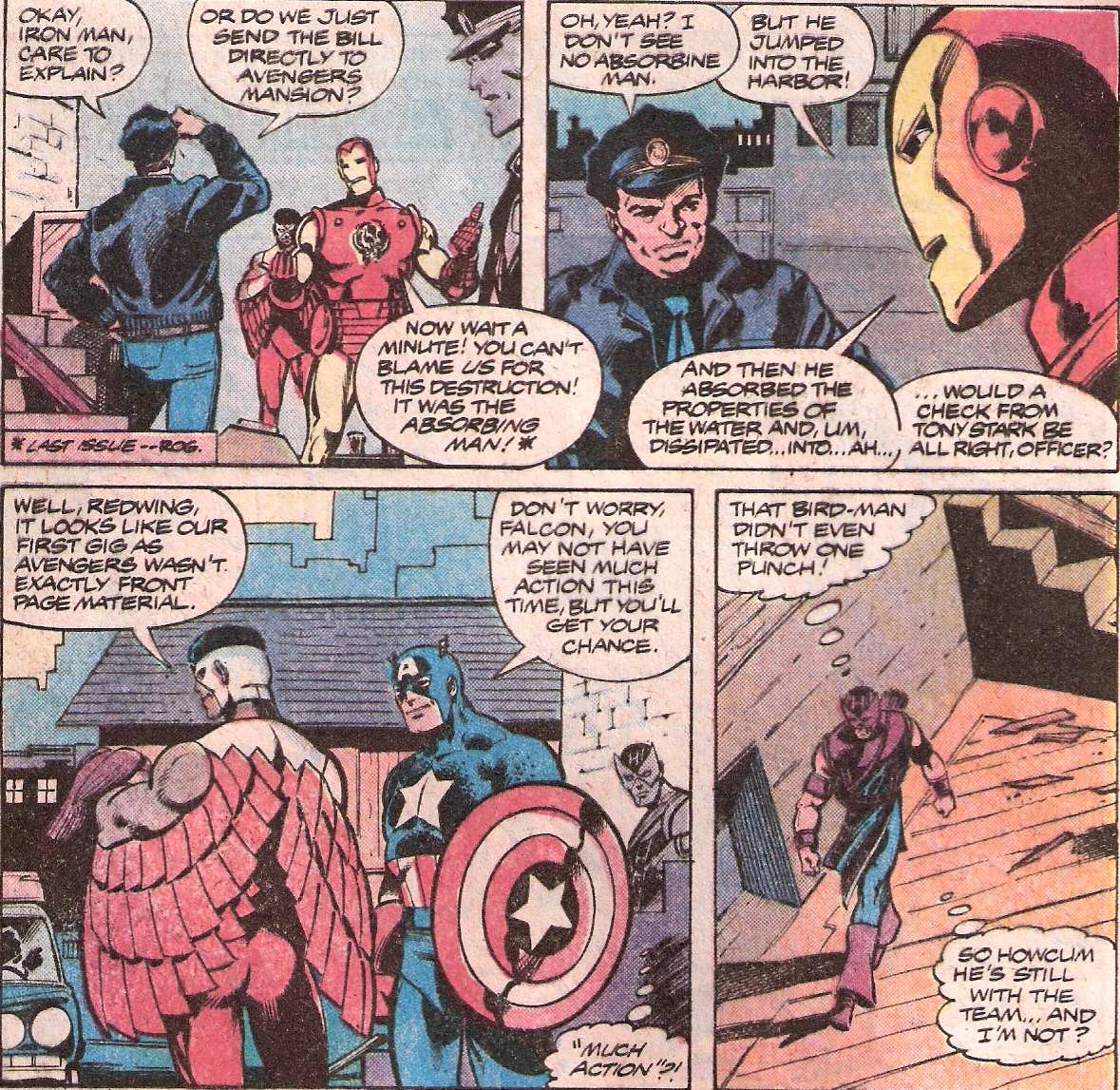 And Tony flirts with Carol. 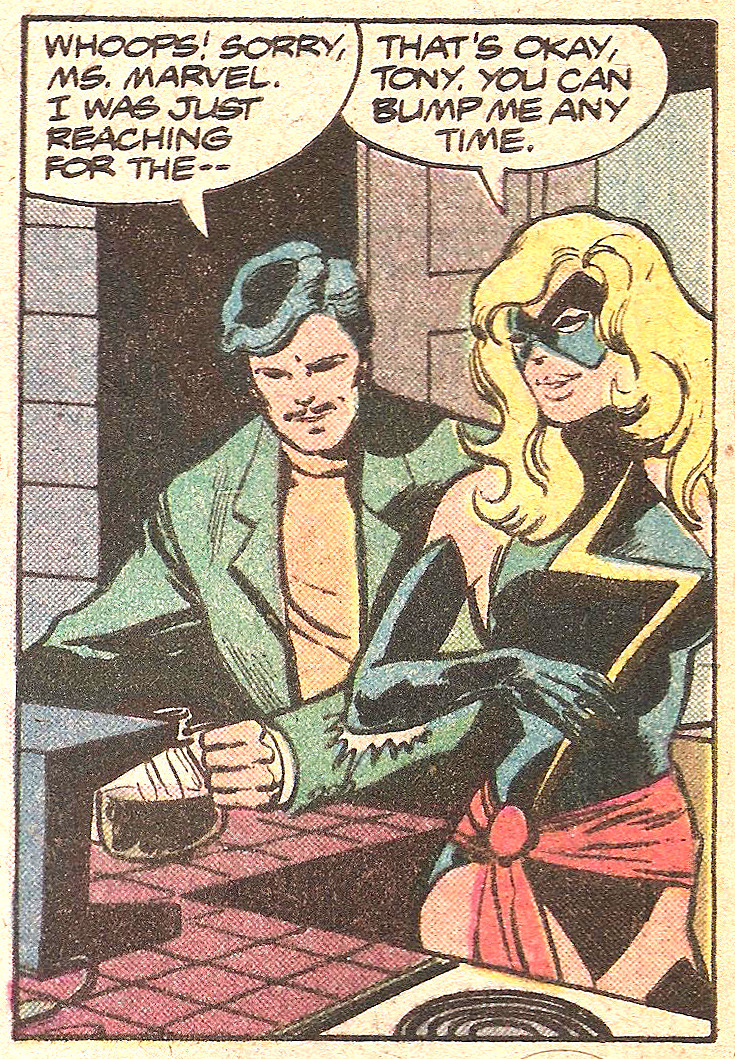 Another great story from one of the best periods of Avengers comics ever.  However, it was so confusing that they had to make a full-page explanation, instead of a letters page, in issue #192. 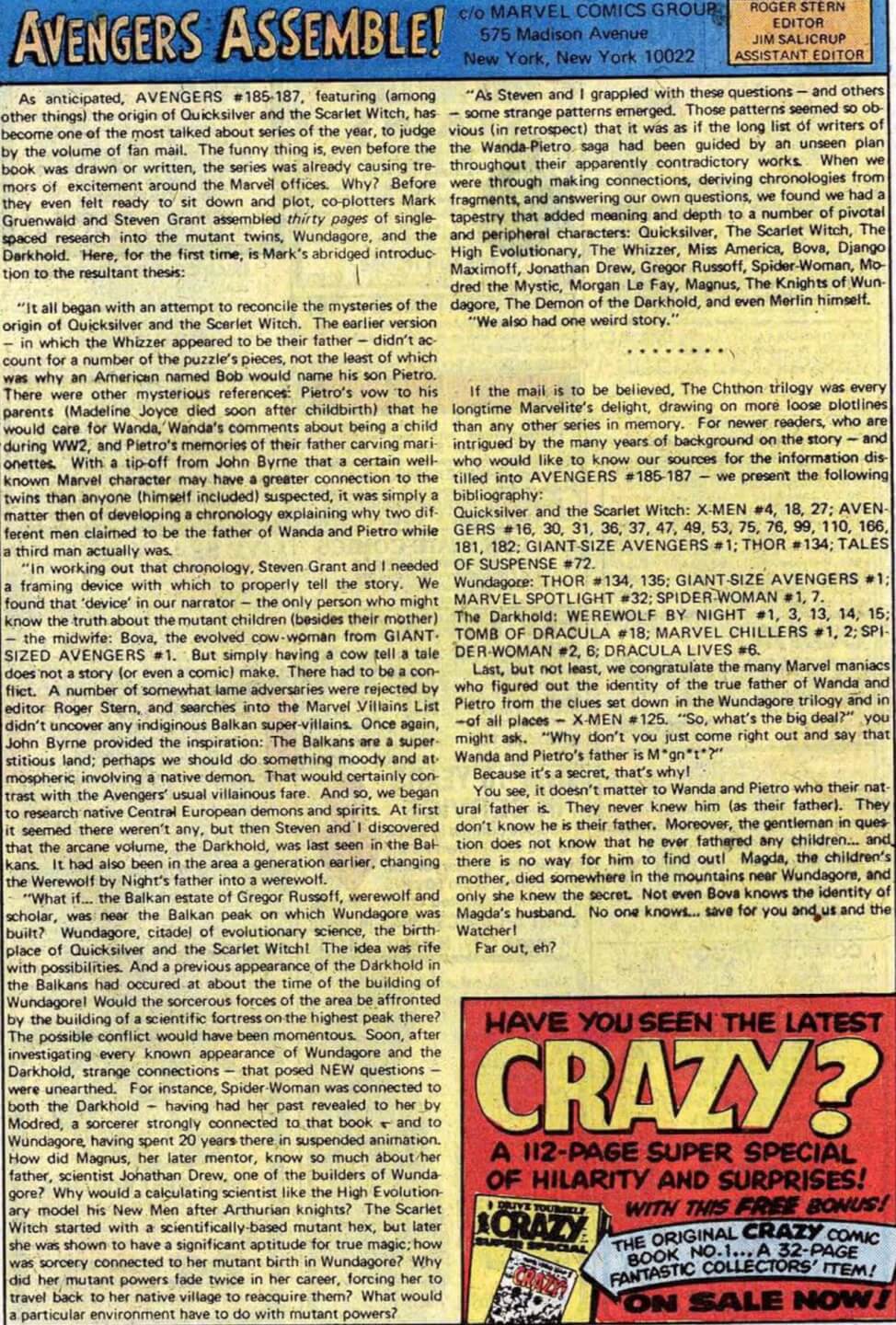 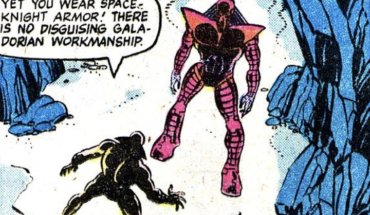 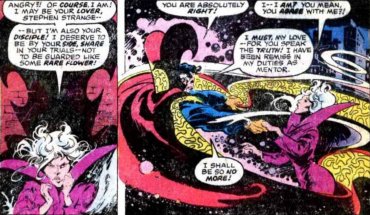