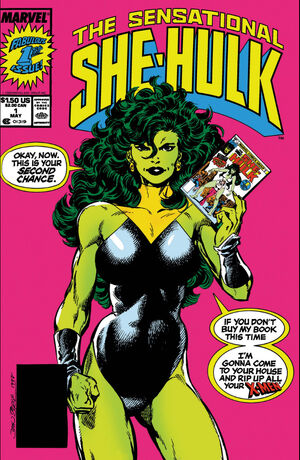 It starts with the cover: This will be an unusual comic.  It will break the fourth wall.  It will be funny.  At a time when Marvel was about to hit it’s biggest creative downturn in history, and start focusing on overmuscled characters in overserious stories, John Byrne returns and jumps in with the character only he has ever been able to write well to this point: She-Hulk.

And he begins by pitting her against the silliest villains in the Marvel rogues gallery: Ringmaster’s Circus of Crime, who have a new member specially suited for Shulkie: 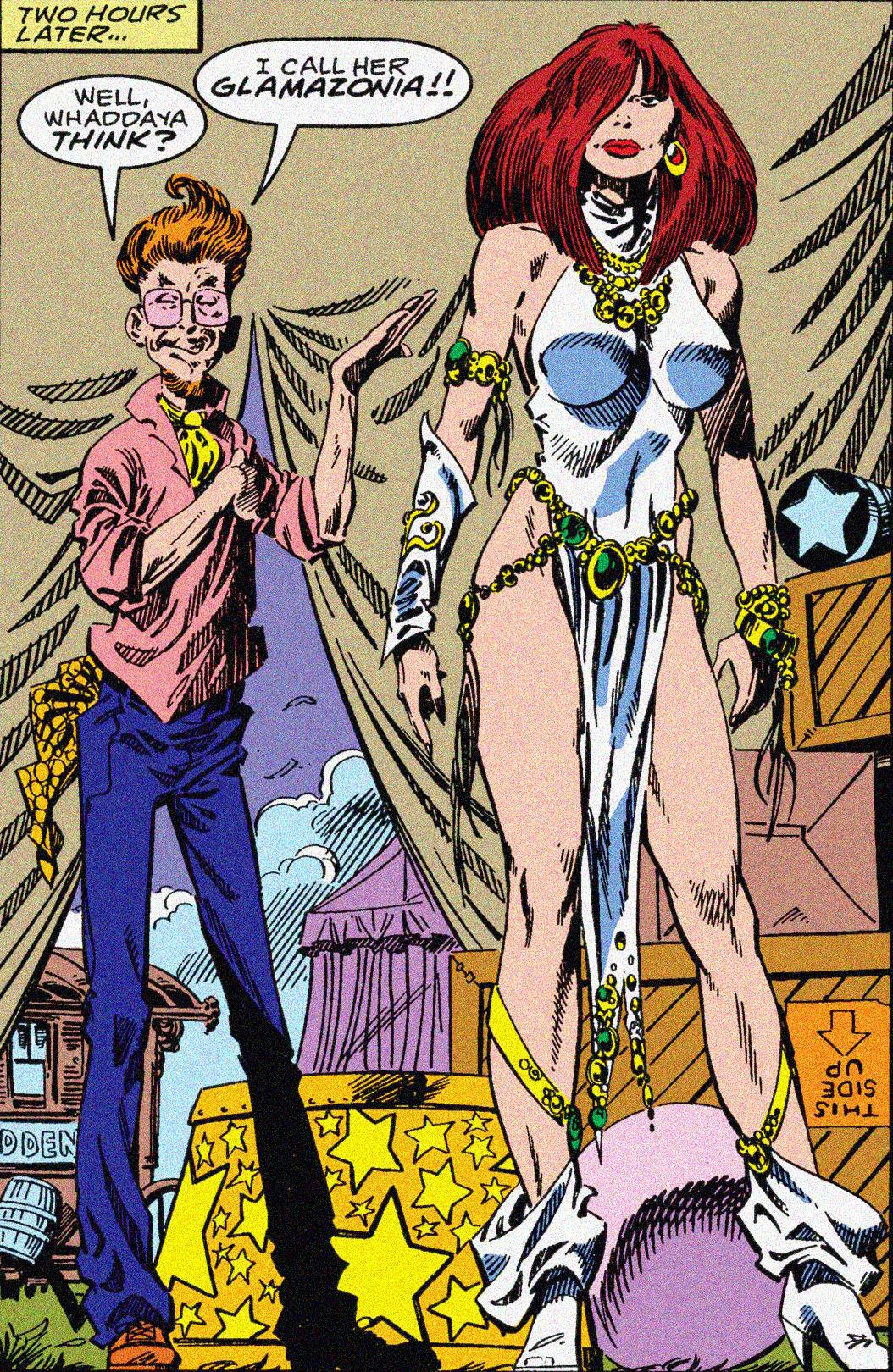 Shulk is working out at a local circus… …when Ringmaster appears and does his signature hypnotism bit.

Of course, she eventually breaks free of the trance and trounces the criminals.  Largely due to the interference of a mystery man who is revealed at the end of the issue to be Chondu the Mystic, who says that the Headmen have an interest in She-Hulk.