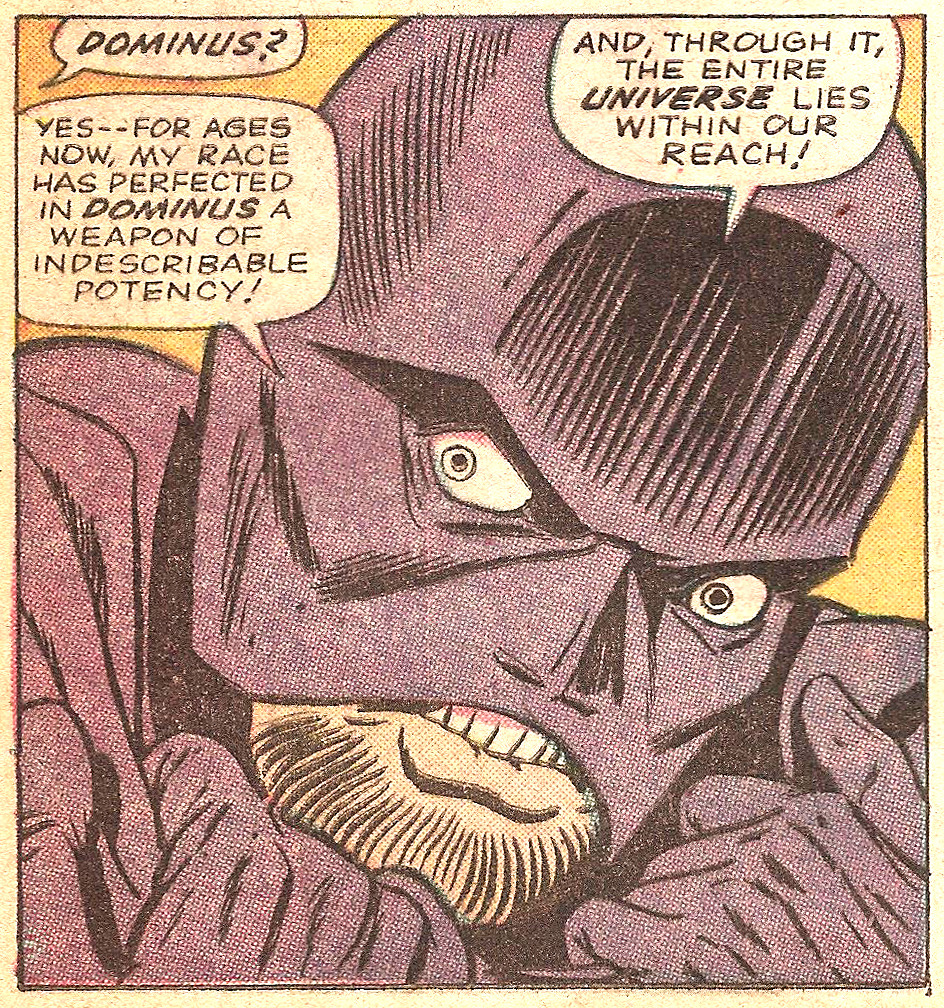 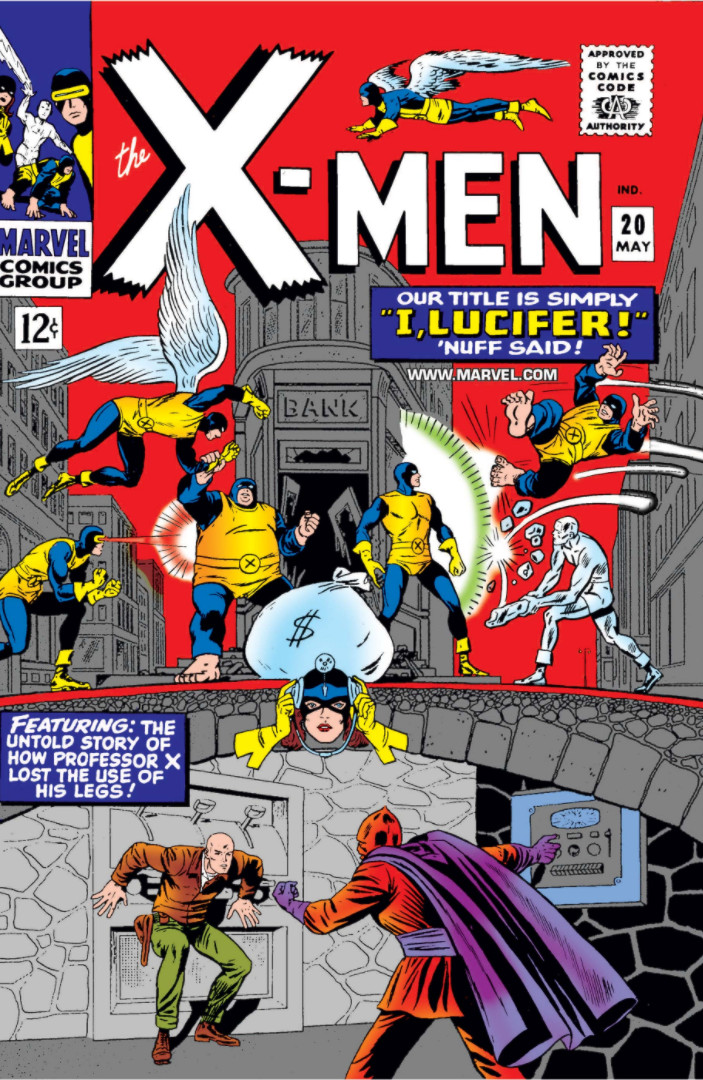 An artist other than Jack Kirby and Steve Ditko gets a plotting credit (congratulations Werner Roth!), but sadly the story is a little…Twisted up.  In what has become a major Marvel trope, bad guys (Blob and Unus) rob a bank disguised as X-Men.  The mastermind behind the plot: Lucifer.  He’s picking a fight with the young mutants, apparently in order to force them to listen to his long-winded and bizarre origin story involving an alien computer, and to rub it in that he cripple Charles Xavier.

There’s also Dominus (above), who is a short-lived partner to Lucifer.

Frankly, the convulsions the narrative has to go through feel an awful lot like future X-Men stories under Chris Claremont, when the X-verse got so complicated and confusing that only the most seasoned readers could follow any of the story.  And frankly, even guys who study Marvel, like me, would get lost. 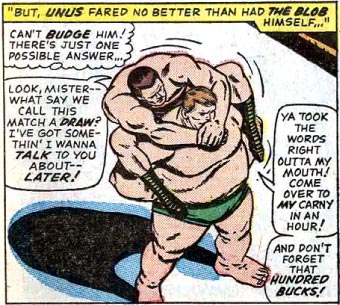