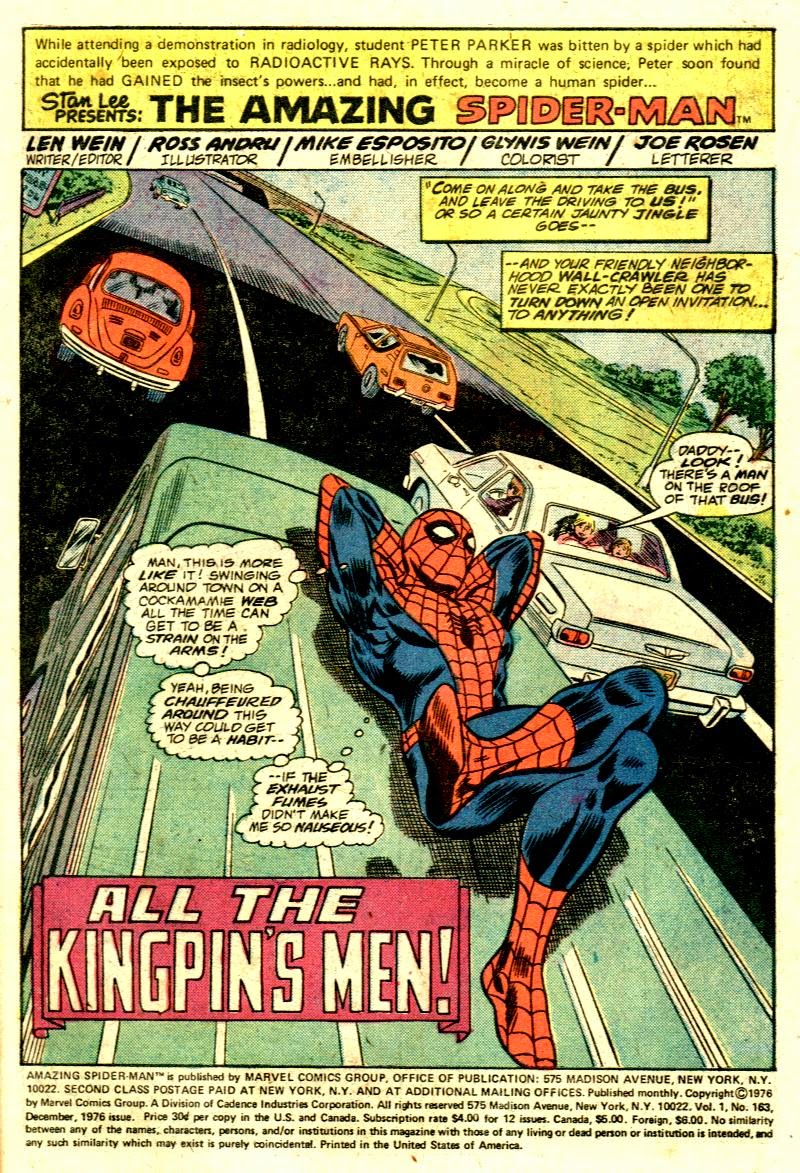 In this story, titled, “All the Kingpin’s Men,” Kingpin literally beats the hell out of Spider-Man after incapacitating him with gas from his diamond pin. Kingpin then steals Spider-Man’s “life force” to revive his son, Richard Fisk. Spidey then gets help from Dr. Curtis “Lizard” Connors, who puts him in an “enervator” machine to revive him from losing his life force.

Yes, the enervator is also the machine that Tony Stark used to revive Happy Hogan. It turned Hap into Freak—a monster. But it works on Spidey. In the end, Kingpin “dies” and Richard Fisk drives off with his mother, Vanessa.

But the real star is Peter Parker’s apartment, which hosts a part for all his friends to bring him furniture. Look at that fun, detailed picture. He’s got these rose-printed curtains, a patchwork quilt on his daybed, a lava lamp, what appears to be a fishbowl, a huge wooden indian, and a giant stuffed dog. And a hanging plant that’s already dead. Oh, and a picture of a swordfish. Clearly, these people were just unloading their garbage.