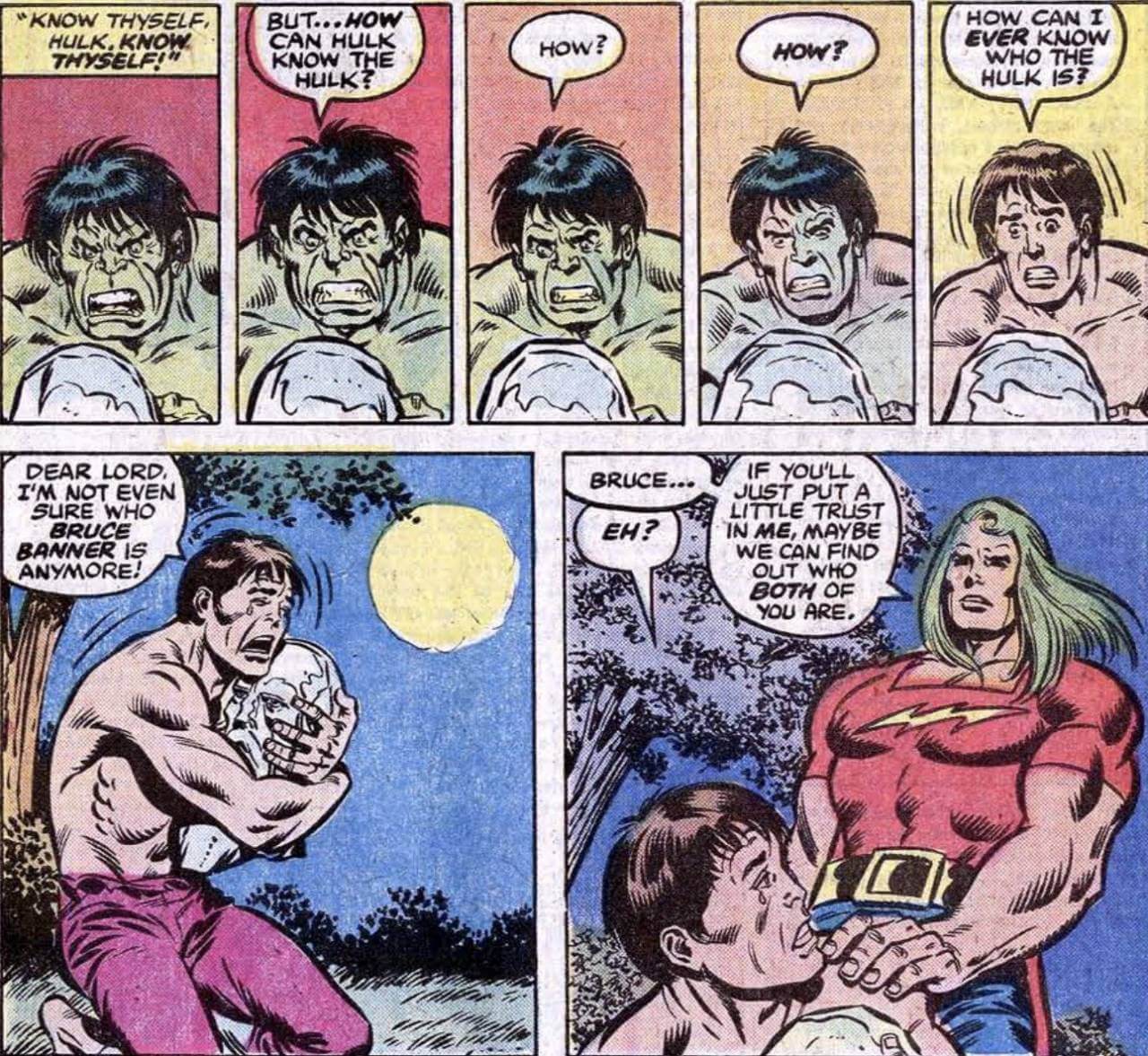 Hulk #227 is one of my favorite issues of all time, but it starts on the last page of #226, where, after voluntarily becoming Hulk again to stop The Leader, Bruce Banner breaks down and cries, cradling the head of a statue of Socrates, that he does not know who he is.

The issue, titled, “The Doctor’s Analyst,” involves Doc Samson psychoanalyzing Banner, as it has become increasingly clear that Banner and Hulk are two distinct beings occupying the same physical space.  This is the issue where we first see Banner as a baby… 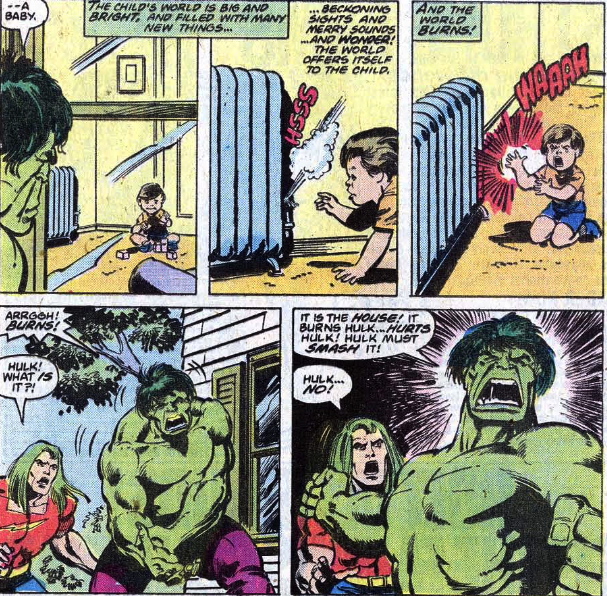 …And then we see him having a High School experience fairly similar to Peter Parker’s-nerd, bullied, etc.  It’s just fascinating to me that ten years after the creation of this character, this is the first time we’re learning about his childhood. Bill Mantlo, nearly 100 issues later, would take this to the next level suggesting that Banner was abused as a child,  adding layers as part of an explanation for why Banner could essentially create a new personality by using rage to dissociate from his past. 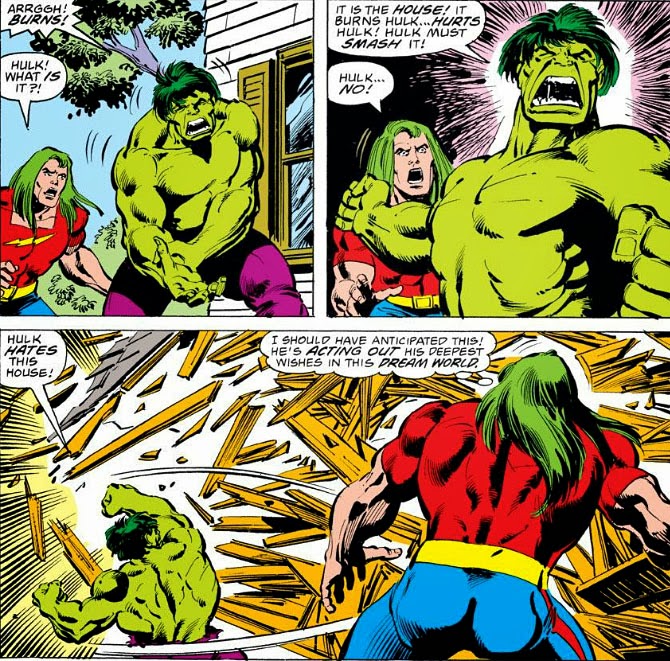 This is the kind of cool stuff comics can do! 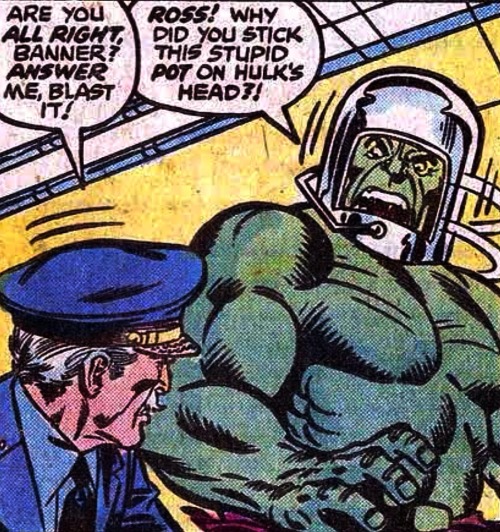 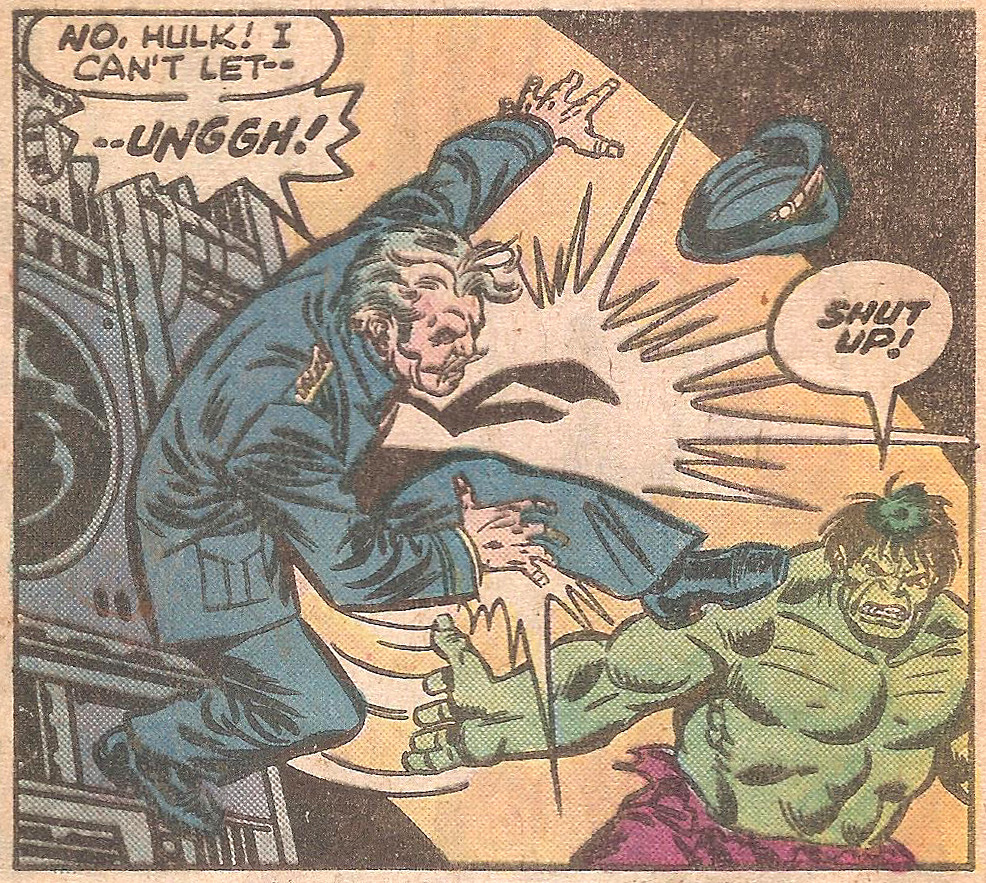 How is it an old man can take a harsh swat from Hulk? 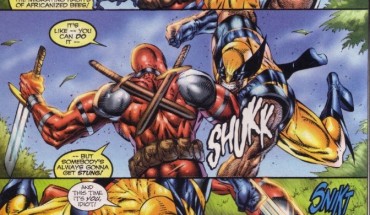 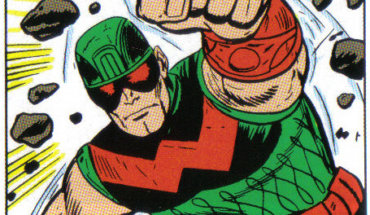