Wherein we celebrate the great creator with a tribute to his best comic book tales!

Only as a writer, Walt gets to play with the biggest toys in Marvel’s box and comes out with a future world populated almost entirely by Kangs.  Among other things.  Lots and lots of big, epic, superhero fun. 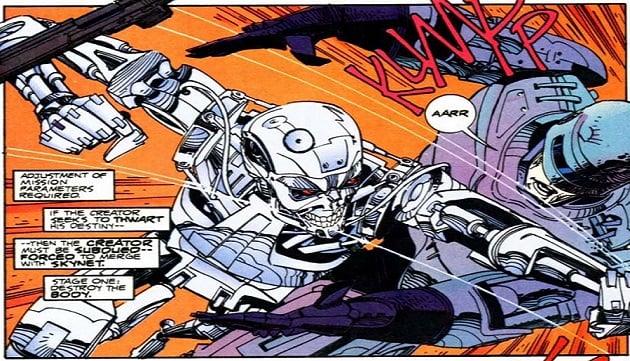 Playing muse to an ultraviolent Frank Miller script, this is a licensed comic that should have been terrible but instead was completely awesome.

He drew the hell out of most of this run, and then stepped aside and let the great Art Adams draw the rejiggered Fantastic Four lineup.  There are gaps during this run–he didn’t write and/or draw every issue, but this is one of the most underrated FF runs you’ll find.  Every Walt issue is surprising and terrific, even if he goes over some similar ground like introducing guns where you wouldn’t expect them…

Alongside Archie Goodwin, Walt Simonson rebooted the second most famous Simon/Kirby hero, a crimehunting vigilante named Manhunter, in a series of back-up stories to Detective Comics that culminated in a full-issue tale.  I’ve written extensively about Manhunter, and the Simonson works can be found here and here.  This early work has a lot of Simonson touches that would become emblematic of his work, from unique lettering that gives sounds and words a stronger, “set apart” effect, to his fascination with details about characters’ weapons and items. 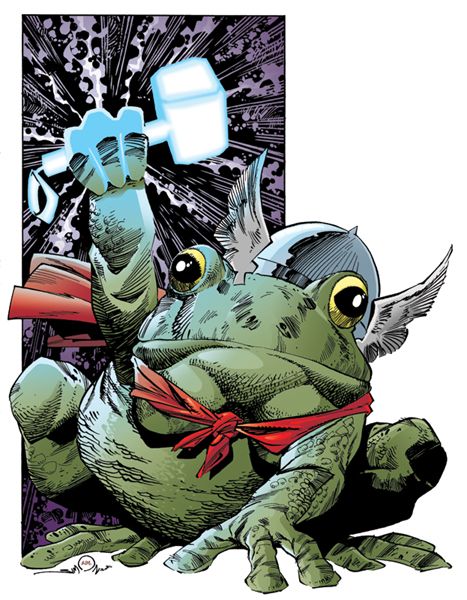 Duh.  If you didn’t see this coming, you’re just not a comics fan.  From Throg to Executioner using machine guns to the creation of Malekith, this is easily the best Thor comic epic of all time and one of the greatest, most influential comic book runs of all time, period.