Tatterdemailion is a stupid villain, but I love him.  He’s very Steve Gerberesque.  A man with a disfigured face, homeless, wrapped in rags and seeking to destroy wealth and beauty like some deranged version of a Robin Hood vigilante.  But in the hands of this creative team, he’s more like an angry diminutive subdweller. 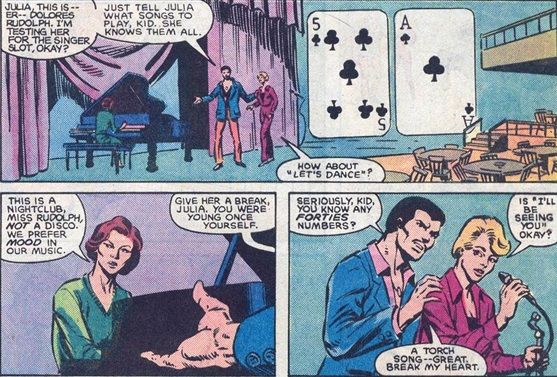 Although they do give him a secret identity as a suave dancer whose girlfriend works at the club Dazzler is singing at. 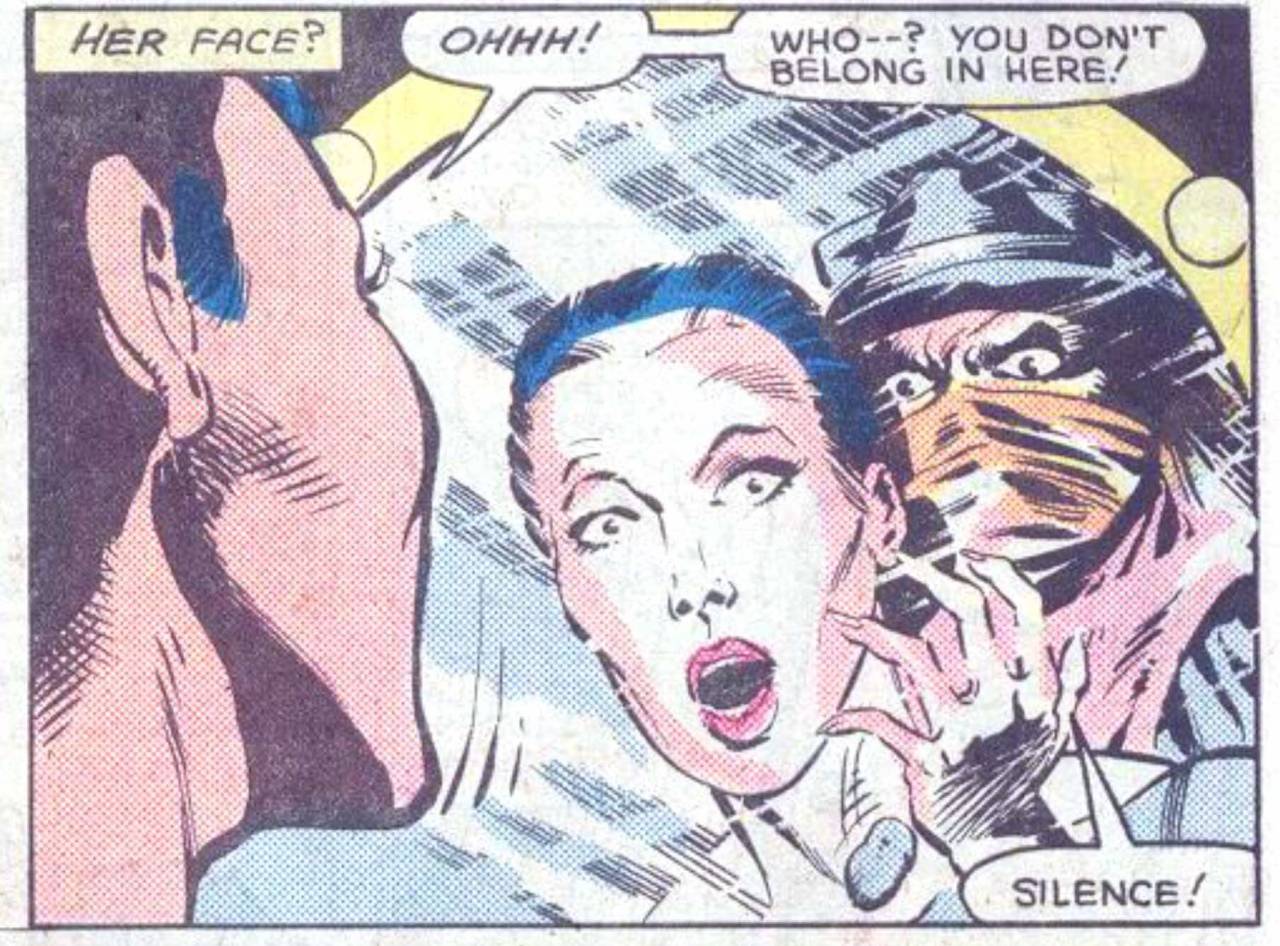 Until he does a phantom of the opera thing to the star of the club.

This does not make good use of the character.  Or any character, for that matter.