Look at Marie Severin drawing a facepunch.  It hurts just to look at it. 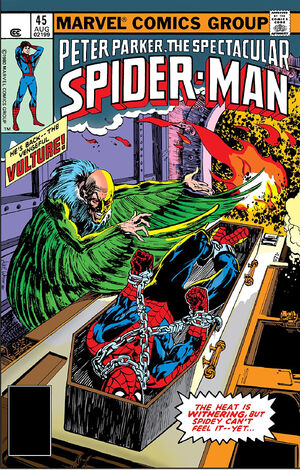 And I mean, who wouldn’t buy it?  Look at that cover!

This is a Vulture-as-crimelord story, which is never my favorite use of old Adrian Toomes, but this is probably the best version of that story out there.

Look at the panels above.  They remind me a LOT of the work Frank Miller was doing at the same time over on Daredevil.  The use of big and small lettering, the sense of motion between panels, the use of shadow on the inking, the general sense of menace coming from the hero…Interesting.

And for some reason, this panel stuck with me. 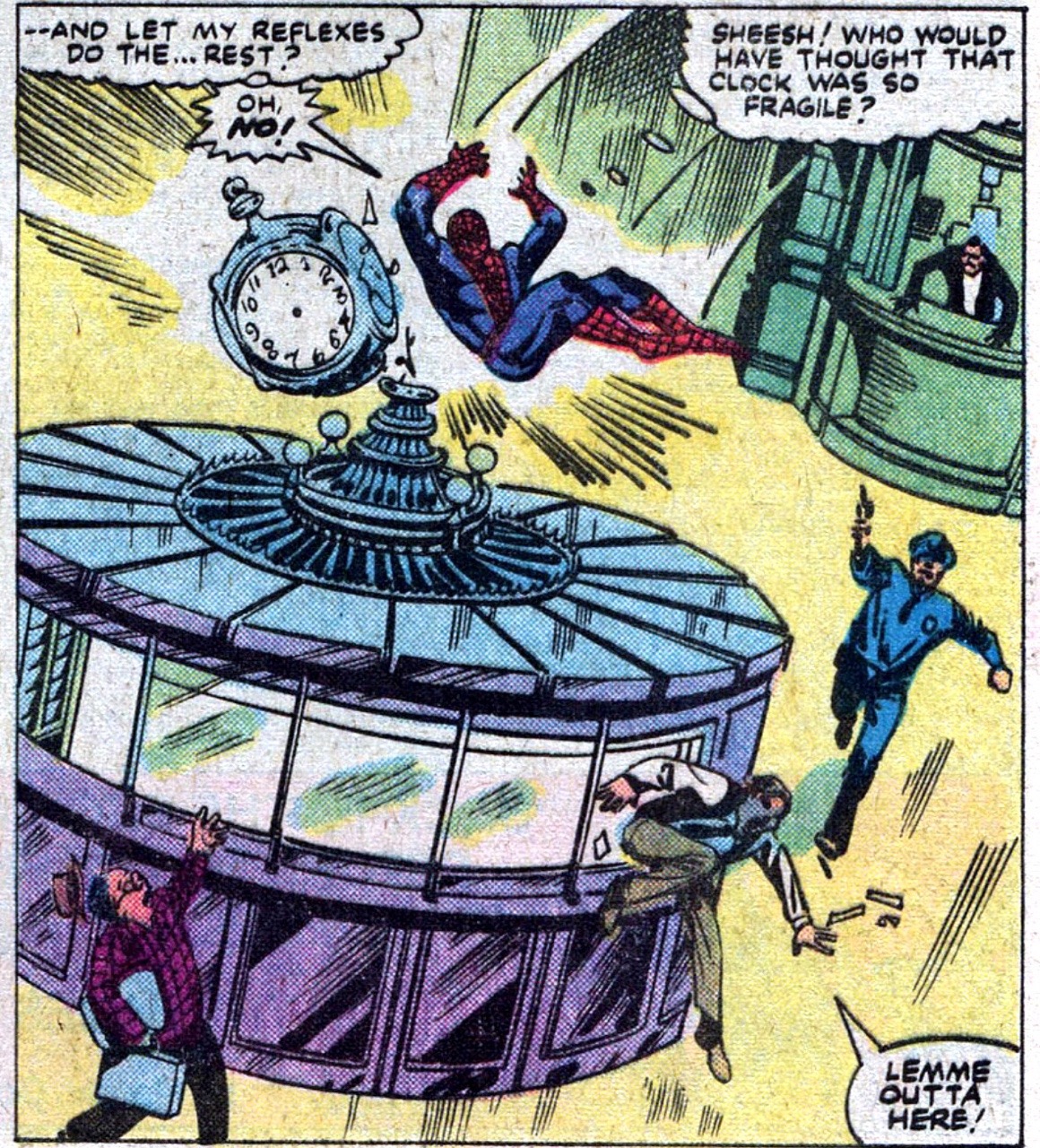