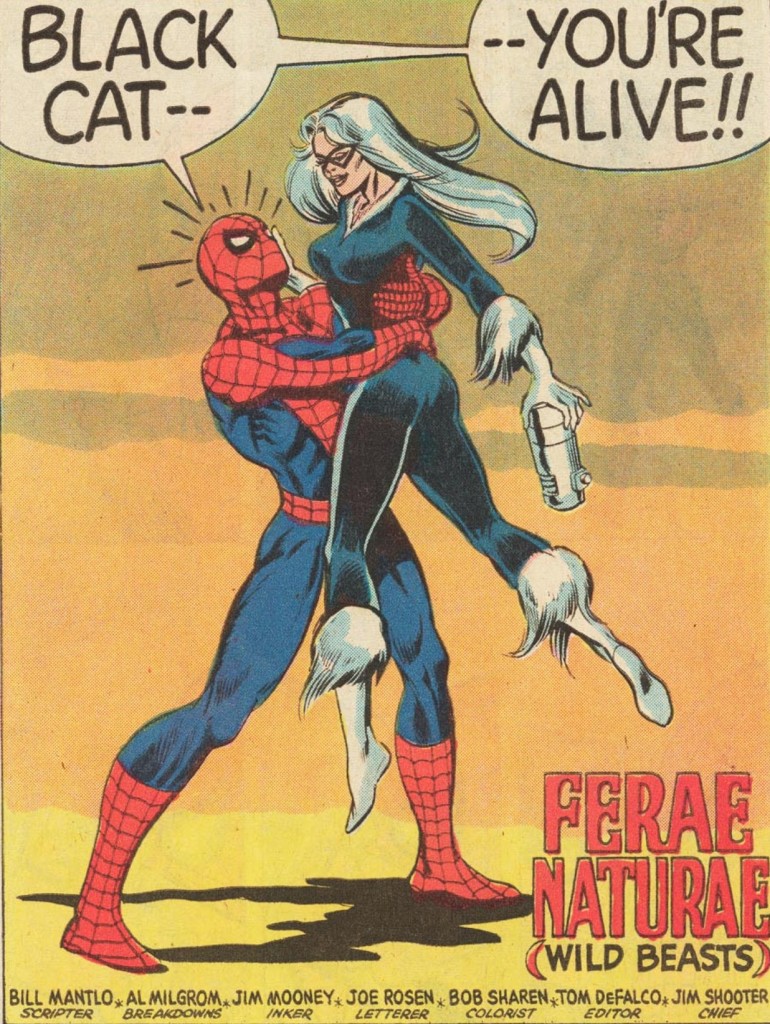 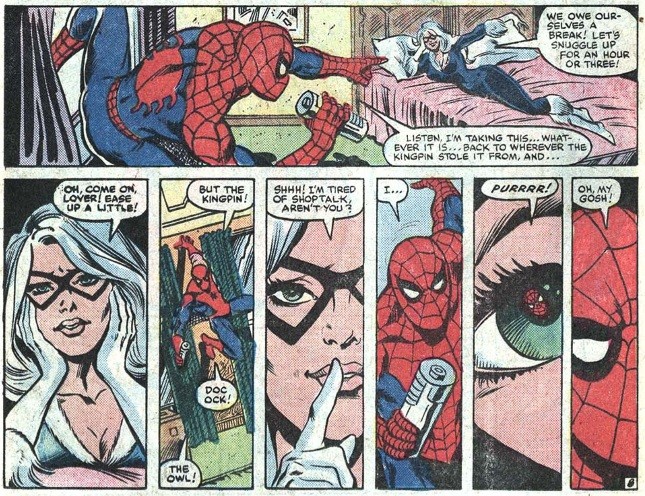 Every gal wants to be with Pete, and they’re all nuts.

There’s a bunch of stylized battles for the underworld, with Spider-Man trying to stop the three separate villains from building a nuke.  I like this one the best: But I also like Ock choking Spider-Man to shut him up. 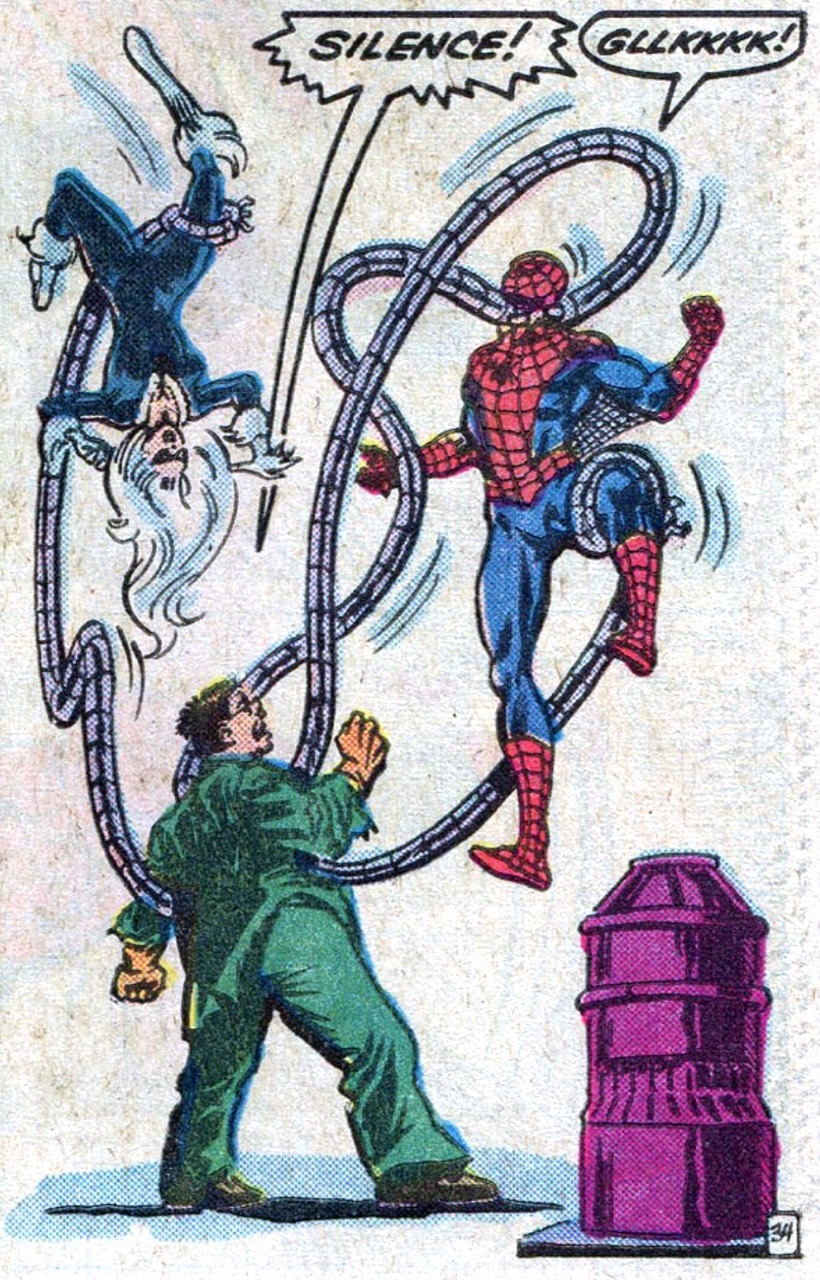 And it culminates with…

After he rips off the arms, the arms keep doing his will, which is cool, but it’s never really explained how come he was able to rip them off here but not in any prior issues.  Still, it’s a balls-out moment.

The story ends with Ock in surgery getting the arms reattached, and Black Cat also recovering in the hospital from the beating Octopus gave her.

Creators: Bill Mantlo and Al Milgrom
Grade: C+
For the complete history of the MU, year by year, go here.
And see my Ratings of Runs on comics here.