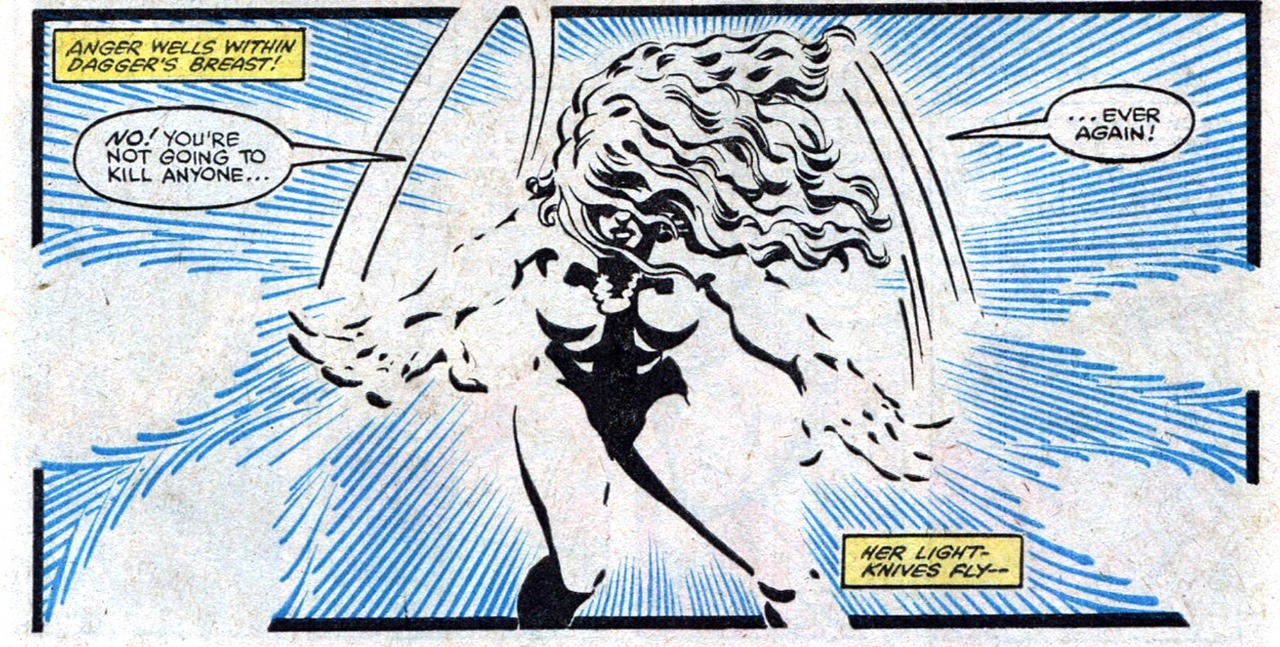 Mantlo is on a hot streak with this book—perhaps because Roger Stern is forcing him to raise his game by writing one of the best Amazing Spider-Man runs of all time?

Putting to one side the stilted “black dialogue” of the thugs and criminals, this is a solid story taking the 1980s anti-drug sentiment to a new level by two street urchins be transformed by illegal drugs into two Punisher-style vigilantes hell-bent on destroying all pushers and traffickers.

They follow the drugs up the chain until they reach mob-boss Silverman, and kill him. Except that they don’t.  His gang retrieves his near-dead body and put it into a robotic shell, giving him super strength and the ability to fight Cloak and Dagger.  Spider-Man tries to stop the kids from becoming killers, as well as stop Silvermane from killing the kids.  It’s a nice three-way battle—and Ed Hannigan is truly at the top of his game.

At the end, Spider-Man lectures the teens about committing murder.

Kingpin is tagged here because he appears briefly to tell Spidey where to find Silvermane—part of his divide and conquer mentality.
Creators: Bill Mantlo and Ed Hannigan
Grade: B-
For the complete history of the MU, year by year, go here.
And see my Ratings of Runs on comics here.