Last issue Hulk wanted beans.  This issue, he gets them.

And no, the creator credit below is not a typo.  This is the first issue of Hulk not penciled by Herb Trimpe in half a decade. Trimpe had a primitive, blocky style that was well-suited for the character, but for many (myself included) Sal Buscema is the standard by which all pre-1990s Hulk artists should be measured.  His run will be a career- and character-defining one that extends long into the 1980s.  And the panels above explain why: The face!

Look at those expressions!  Pure rage.  Then surprise.  Then hunger, satiation, and exhaustion.  All in five panels.  Hulk’s never had that kind of range before.  It’s funny, it’s human—and it’s not the script that does it.  Imagine those same words but with Trimpe’s Hulk faces.  Nowhere near as interesting.
The rest of the issue is fairly generic—but that’s not Sal’s fault.  It’s a story about Hulk vs. giant bugs.

But in the end, we see that General Ross and Doc Samson have revived Hulk’s greatest enemy. 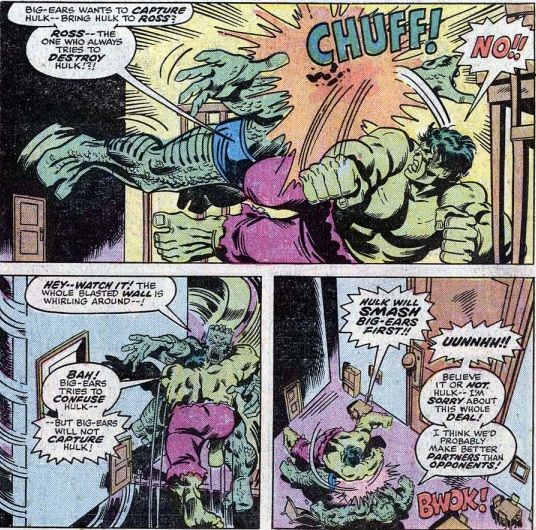 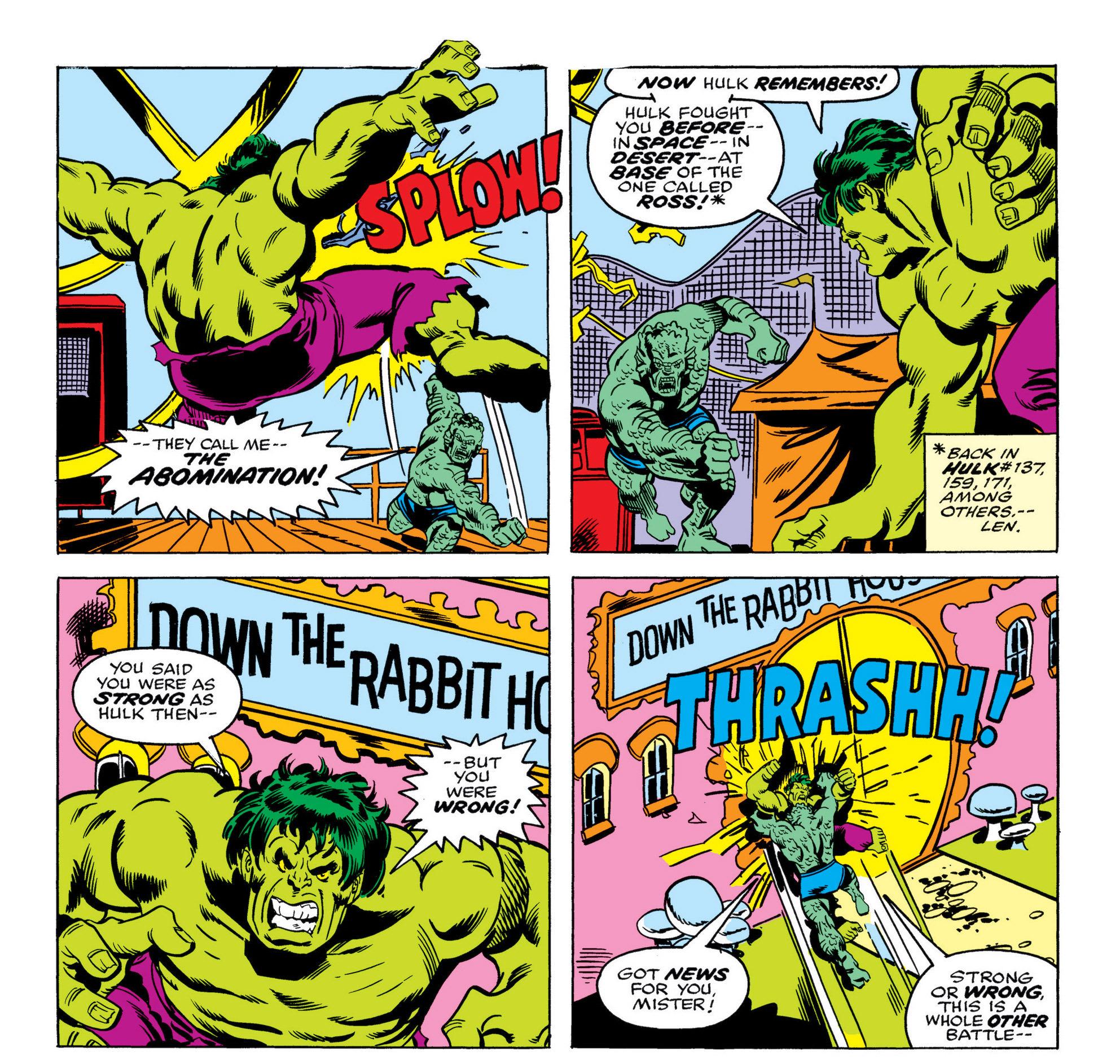 Sal’s Abomination is more fish-like than we’ve seen before, and I have to say that that’s always confused me a bit.

Creators: Len Wein and Sal Buscema
Grade: B-.  It’s above average because of the art.