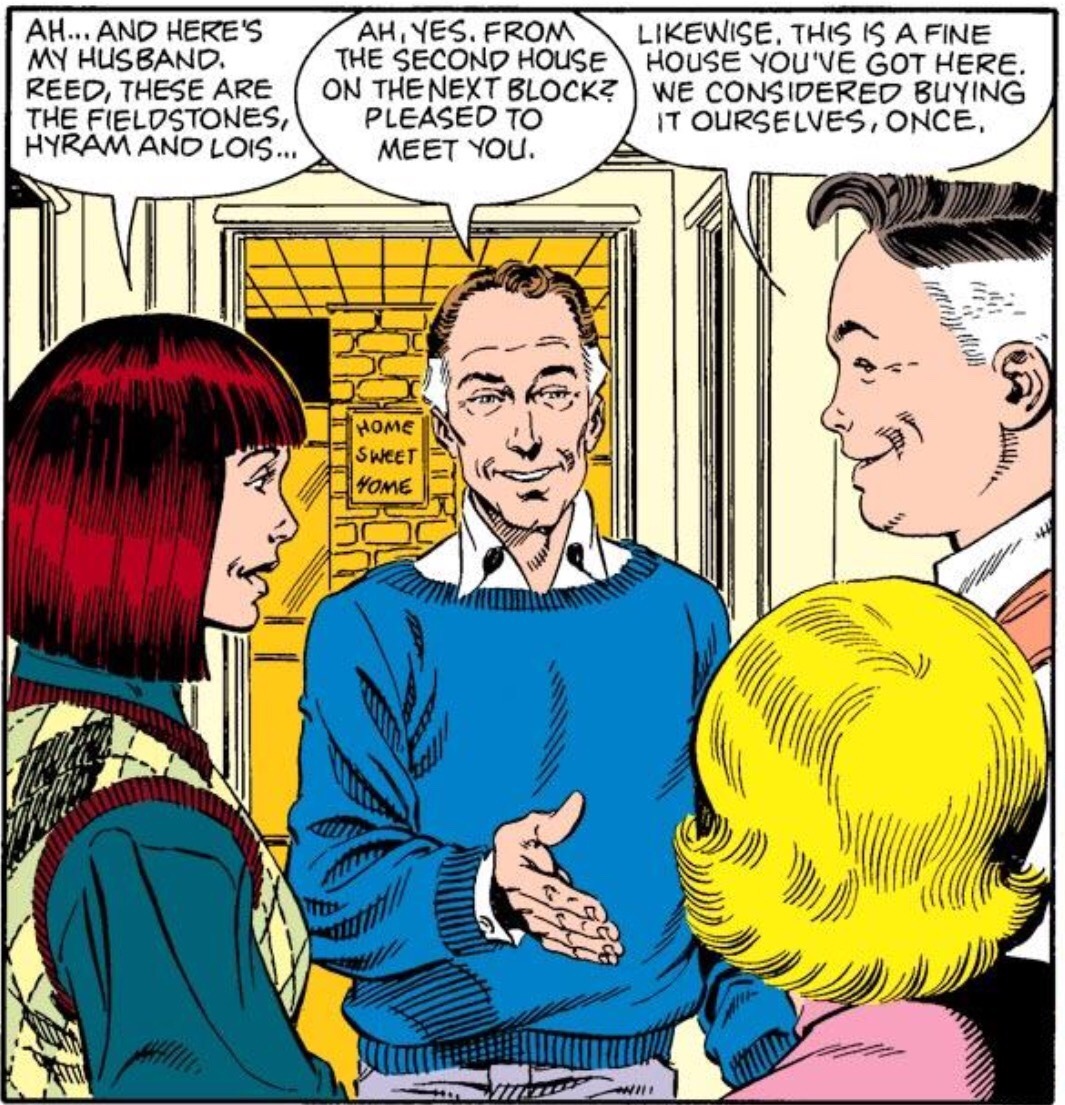 Reed and Sue are living in the suburbs, and their neighbors are Hyram and Lois.

And that’s not all… 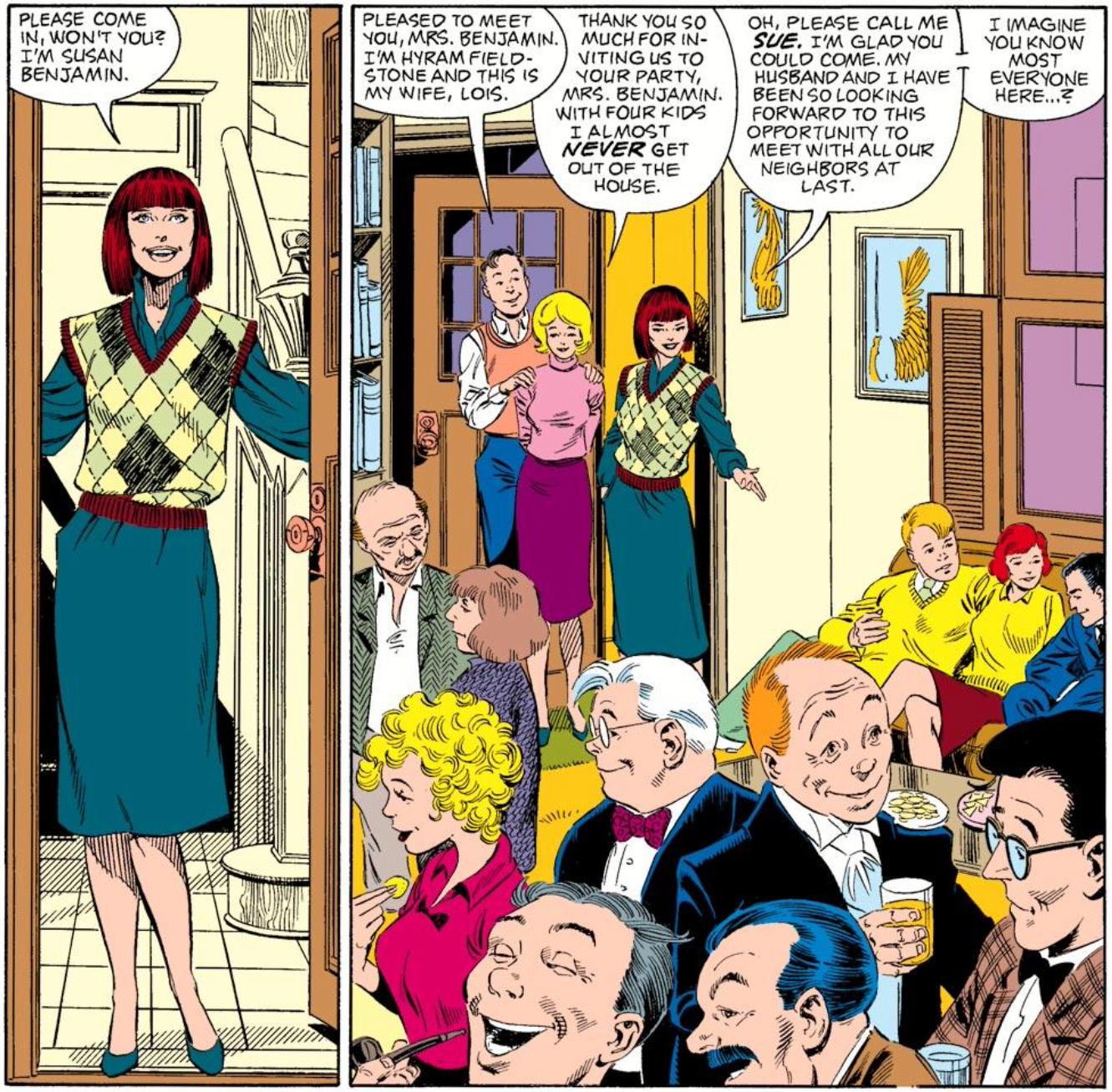 I see Blondie and Dagwood and Leroy and Loretta Lockhorn, the dad from Bringing Up Father, and maybe even Dick Tracy and Clark Kent (or is that Dennis the Menace’s dad?).  It’s a Sunday Funnies party!

These two issues are another example of Byrne introducing new ways to use the comic book medium.  Like the cover: 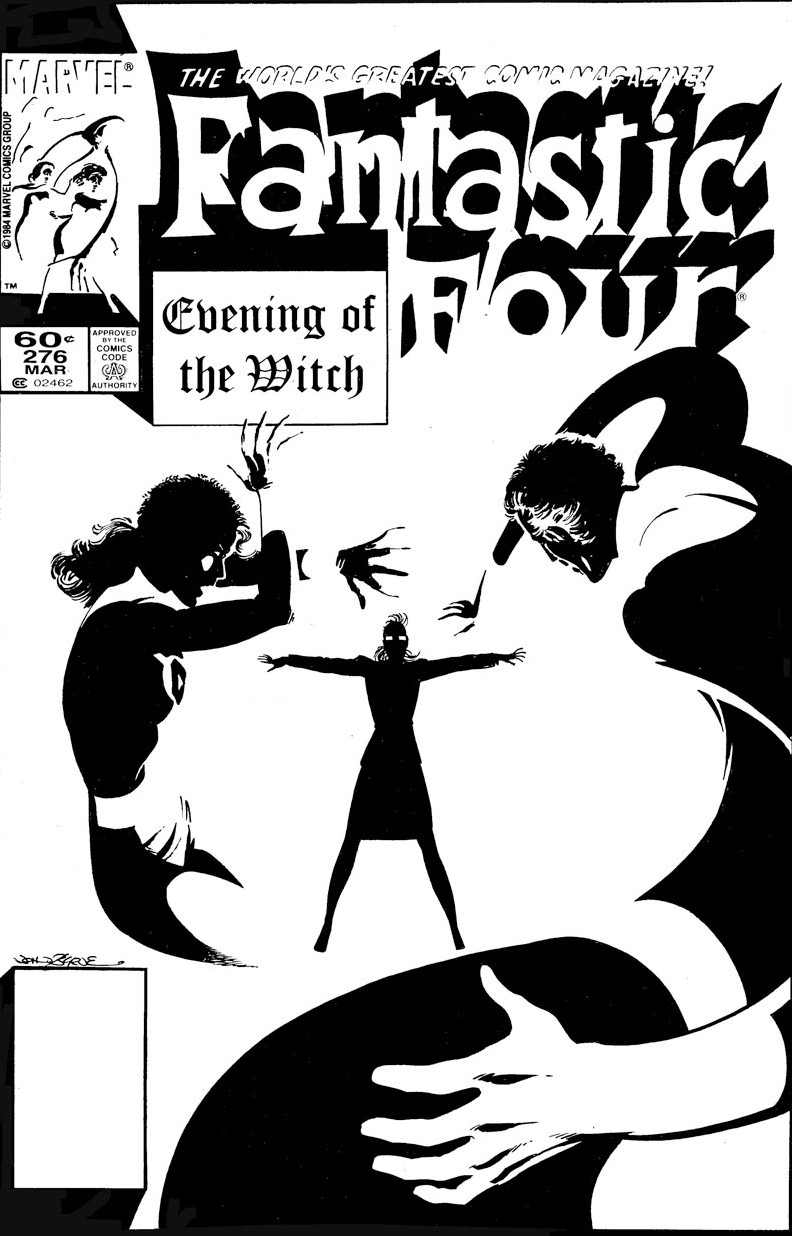 Storywise, first he establishes that Johnny and Alicia developed a bona fide love relationship while The Thing was back on Beyonder’s world having his own adventures.

It’s in #277 that Byrne brilliantly parallels the story of Thing learning about Johnny and Alicia against Reed and Sue fighting Mephisto for the life of Franklin Richards.  Here’s a page showing the juxtapositions:

I don’t think it’s a coincidence that Mephisto is the foil for Alicia in these two parallel stories.  It’s not so much that she is the devil, but more that she is the catalyst for the conflict and, in an affair of the heart, the woman is often viewed in literature as the catalyst for male conflict.
Very interesting.
In terms of importance to canon, we see Franklin’s powers are finally back again.