It begins with three silent pages of Nick Fury creeping into the enemy stronghold.  Jon Hickman and Ed McGuiness paid tribute to this classic layout in Dark Reign: The List, Secret Warriors #1 (2009). 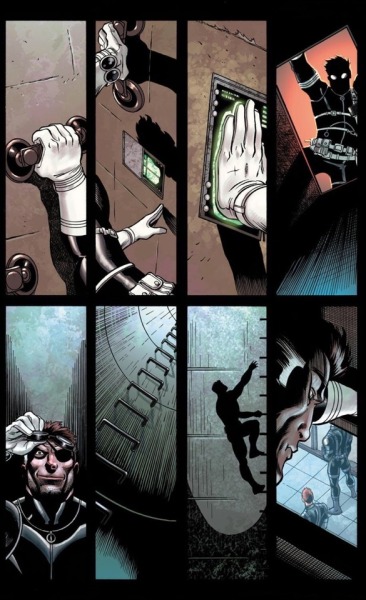 The story itself is a bit muddled, but visually—both in the rendering and the designs—we see the future of comics.  Off-center panels.  Jumps from widescreen to narrow.  Multi-page spreads, and wonderful panels suitable—literally—for framing.  Even magnificent usage of lettering and colors.  Steranko’s attempt to create a psychedelic version of James Bond brought out the best of his entire creative team.

This is truly one of the most visually dynamic comics of the 1960s.

The letter page could have done with a better title, though…

Creator: Jim Steranko
Grade: B.  The story may not be the best, but that art…My God.