The Spider-Books are a little off these days.  Gerry Conway spent several issues of Spectacular and Web Of Spider-Man building to a big Green/Hob Goblin event, and now David and Todd wrap it in one issue.  Then, next issue, they do the Lizard story Conway had been building up. The upside of this is that we get to see McFarlane draw the classic Spidey rogues gallery, which is what he was promised when Marvel signed him to this book. 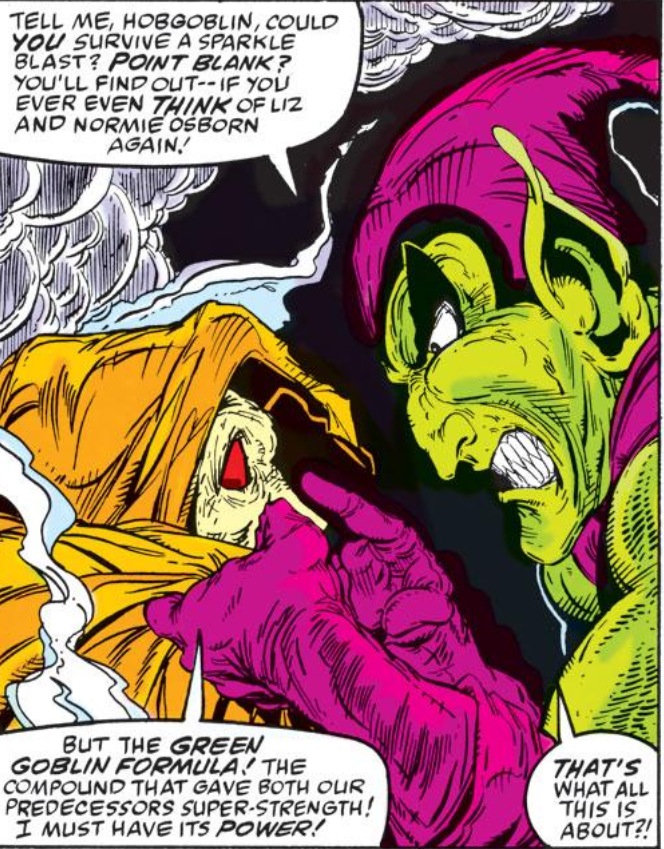 Harry Osborn’s memory of his Goblin life has returned, and he’s pissed that Jason Macendale (formerly Jack O’ Lantern, which is why both Hob and Jack are tagged below) has essentially stolen (and improved) that identity, so he goes looking for him.  He’s a “good” Green Goblin now.  Hobgoblin essentially wins the fight, and Harry Osborn decides that the supervillain life is not for him, so he resigns the green mask.

Issues #312 and #313 are both Inferno tie-ins, so I’ve lumped them together here.  Among other things, Mary Jane gets attacked by her own jewelry, which is animated by the NYC demonization of inanimate matter. 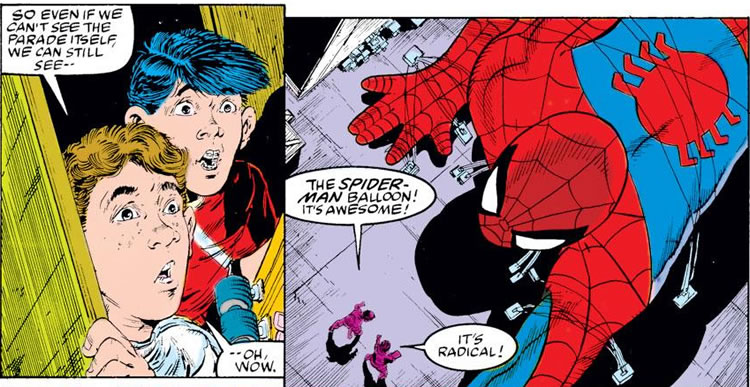 And the Macy’s Day Parade of Spider-Man comes to life and attacks people.  That’s kind of funny.  Anyway, the Goblin and Lizard stories pretty much are standalones—although Lizard’s story has some nonessential development in issue #312. 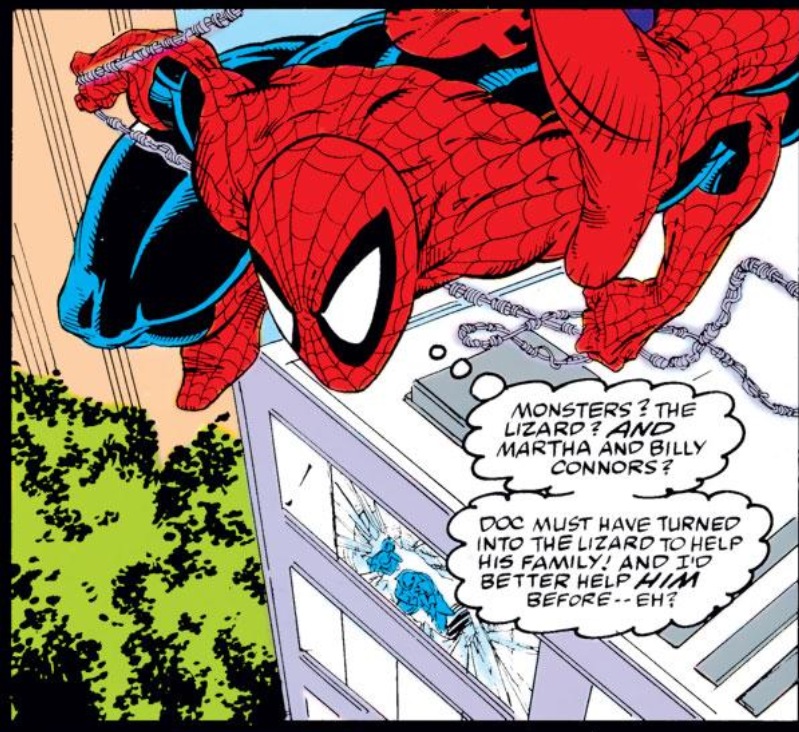 Meanwhile, Curt Connors has transformed to Lizard again, to save his ex-wife and kid from an even worse monster, so Spidey has to force-feed him a curing serum (again).  Lizard only ever really seems to have one story, that gets told over and over again.

Creators: David Michelinie, Todd McFarlane
Grade: C+.  There was a lot of build-up to these stories in the side Spider-Man titles, and having them end so quickly is a big let down.  Michelinie’s writing is still good, but the stories themselves are becoming big “events,” i.e., battles and final chapters.  This does not play to Michelinie’s strongest suit, which is characterization and long-term plotting.  Nothing bad here, but nothing much above average.