I really love how Steve Englehart handles this team book.  And it’s interesting how his take on the characters has deep influence for over a decade to come.

This issue starts with Yellowjacket throwing a temper tantrum in the hospital, where Wasp lays in a coma due to Toad’s shenanigans last issue.  He’s manhandling Toad and threating him to help Wasp “or else,” but, of course, Toad is just a petty thief.  What can he do?

The rest of the team is there and tries to calm Hank Pym down, but he is in a rage and inconsolable.  In his angst, he strikes Iron Man.

Of course, Iron Man is covered in iron, so Pym just hurts his hand. All of this melodrama presages Pym’s complete mental breakdown in a hundred-or-so issues, when he slaps Wasp and gets court-martialed by his fellow Avengers.  Very, very cool to see it starting out here.

Unfortunately, we don’t get more of this-Whirlwind shows up at the hospital to kill Jan.

At this point, Hank Pym was growing and shrinking and zapping and controlling insects all at the same time.

And he still can’t beat Whirlwind.

When he realizes the entire Avengers team is there, Whirlwind runs away, but not before we learn that he is now masquerading as Janet Van Dyne Pym’s chauffeur, and we see him remembering all the times he beat the snot out of Giant Man and Wasp.

There’s also this funny page where he makes fun of how many times Pym has changed his power-set and name. 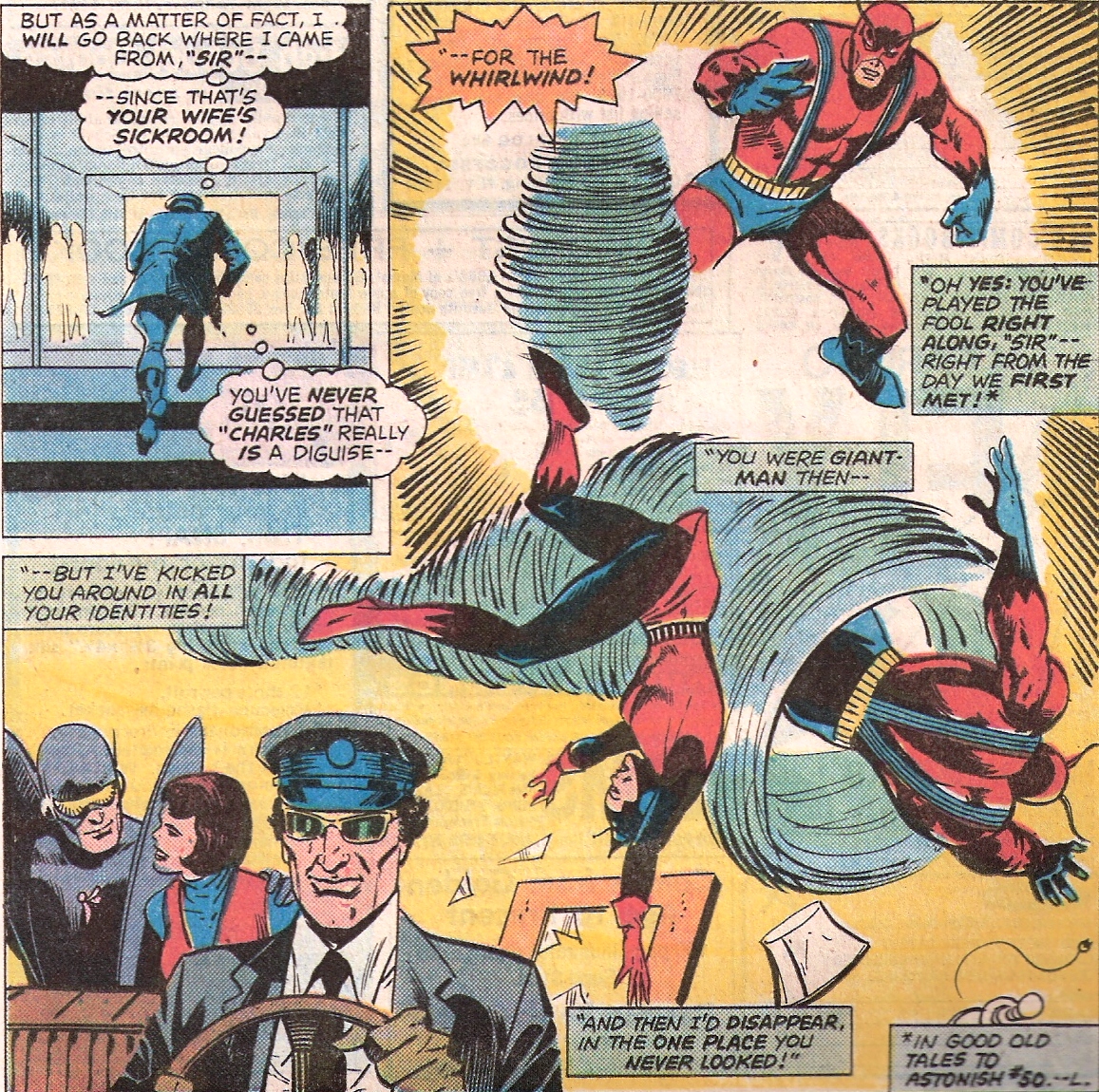 And then punches him in the face. By the end of the issue, Beast finally takes Whirlwind down. 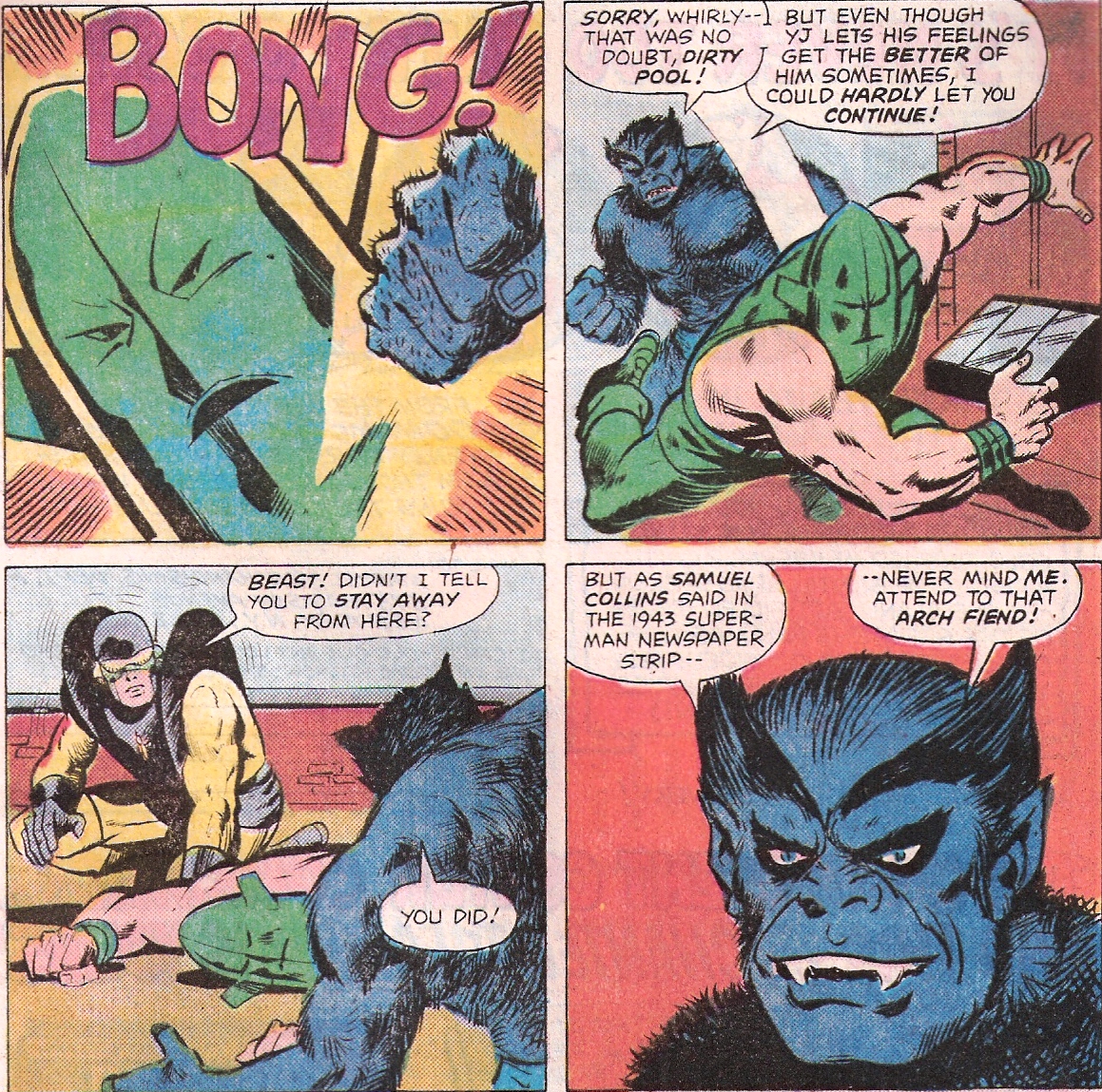 It’s a pretty Pymcentric issue, and I was totally cool with that.