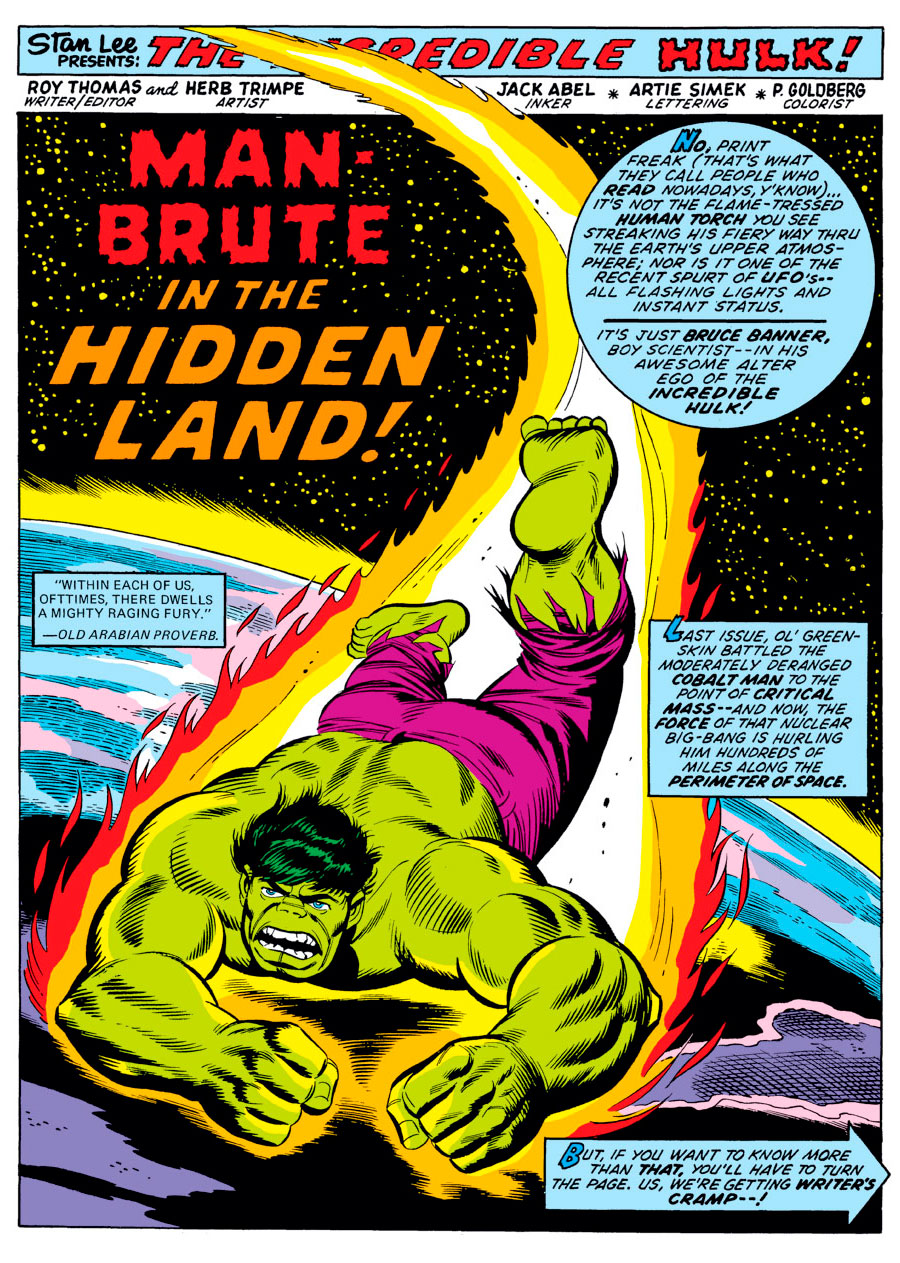 Last issue, Hulk battled Cobalt Man and ended up on a rocket.  This issue starts with him falling from space and landing in the Inhumans’ hidden land.  So, the whole gang comes out to stop him from breaking all their stuff.

If he can hit Quicksilver going at top speed, is it possible Hulk is as fast as Pietro?

Black Bolt whispers in Hulk’s ear, which knocks the brute out.

Then, in yet another prequel to Planet Hulk, the Inhumans come up with the idea to re-launch Hulk into space and send him to Warlock’s Counter-Earth. Their reasoning is odd-if they can launch him all the way to another planet, why not send him where there aren’t any people?  This is kind of a dick move.

A little surprising to me that Marvel didn’t do a big #175th issue celebration.