Ralph Roberts, aka The Cobalt Man, decides to pull a Bruce Banner and get himself exposed to a bomb test being held in the Atlantic.  In this case, an H-Bomb.  His experiment works, and he gets his Cobalt Man powers back.  The story in #173 is called “Does Anyone Remember Cobalt Man?” 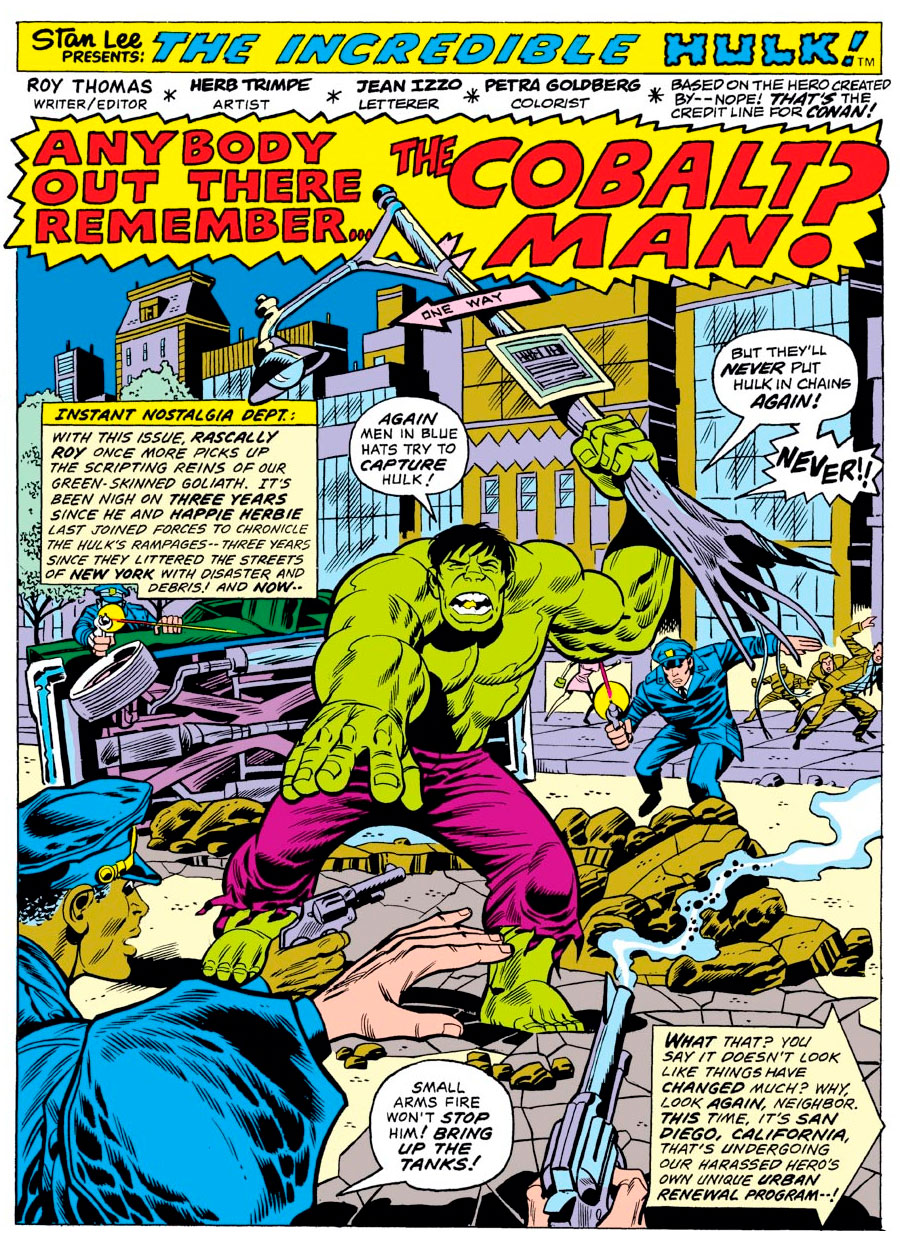 And the answer is no.  He was an X-Men villain (from X-Men #31).  We learn this in a flashback.  His plan is then to blow up Sidney, Australia, to show the world how dangerous nuclear power can be.  Hulk stops him by forcing him to literally blow himself up.  So, he appears to be dead.

Nevertheless, Kissinger and Nixon like the idea of a cobalt bomb. 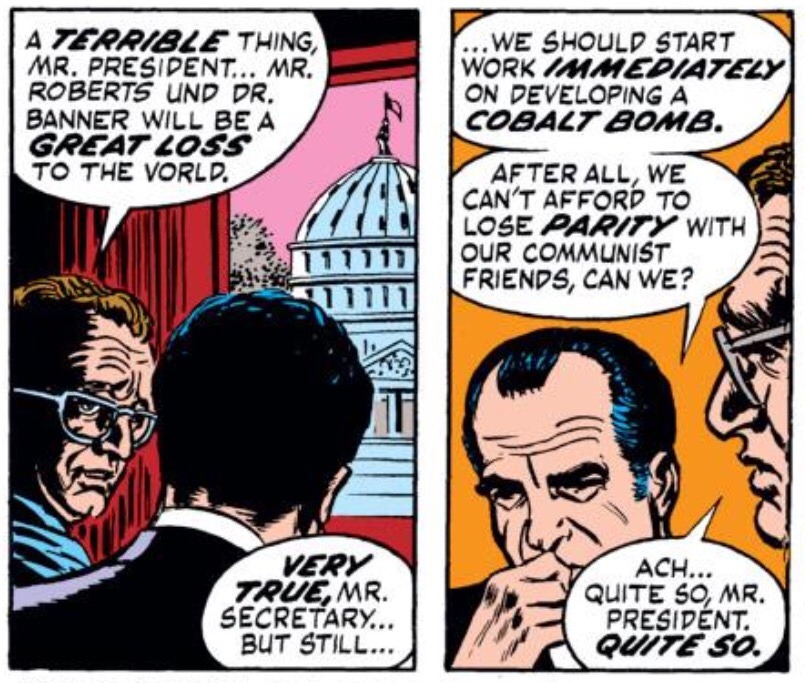 The only really interesting piece of this story involves Betty and Bruce and the image at the top of this post.  In one of those freaky Marvel coincidences, Banner had stowed away on Roberts’ boat, so he ends up being in Austria, along with Roberts, after the boat is picked up by that country’s coast guard.  Banner is taken to the hospital, where Betty knows she has to get him to change into Hulk and stop C-Man, but he doesn’t want to change so she pushes him off a balcony to force the issue.

That’s cold blooded, Betty, even for a widow.  (General Talbot is missing, presumed dead, so she’s back on the market.)