His close relationship with Daredevil is established quickly.  And look at the poster in the newsroom of J. Jonah Jameson saying, “Hard work never hurt nobody.” 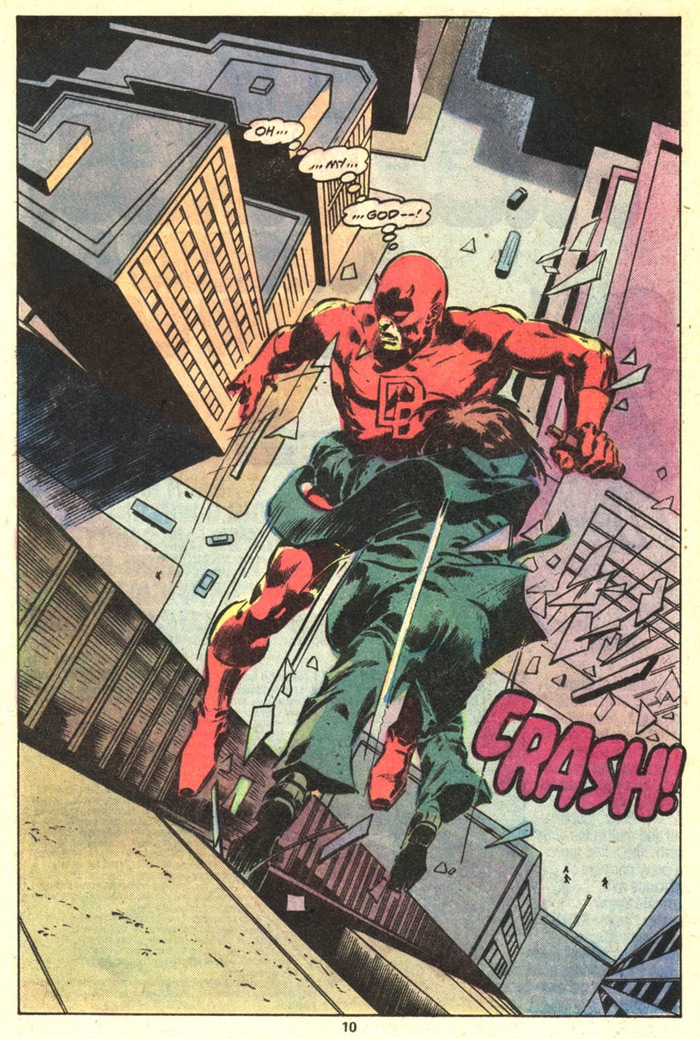 Lots of people, me included, give Frank Miller credit for basically creating the Daredevil that we know today.  (Or, at least, the Daredevil we knew before Mark Waid took on the title two years ago and completely renovated it.)  But Roger McKenzie’s brief run saw the introduction of Klaus Janson, who was at least 49% responsible for the great art during Miller’s run, it was written in a “noir” style that Marv Wolfman had approached but never embraced, and it focused on Heather Glenn, who was a huge part of the changes in DD’s character during Miller’s run.  It also used Heather and Matt’s relationship in a way that we hadn’t seen before.  Although Murdock had shared his identity with Karen Page, Karen was never really integral to Daredevil.  She was a side character, like a bond girl.  Glenn is fully enmeshed in thestoryline. 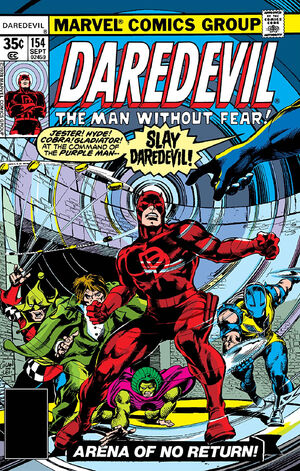 DD keeps hunting Purple Man to exonerate Heather’s father, and ultimately reaches a gauntlet of some of his biggest foes: Mister Hyde, Cobra, Gladiator, Jester, and, of course, the Purple Man himself. 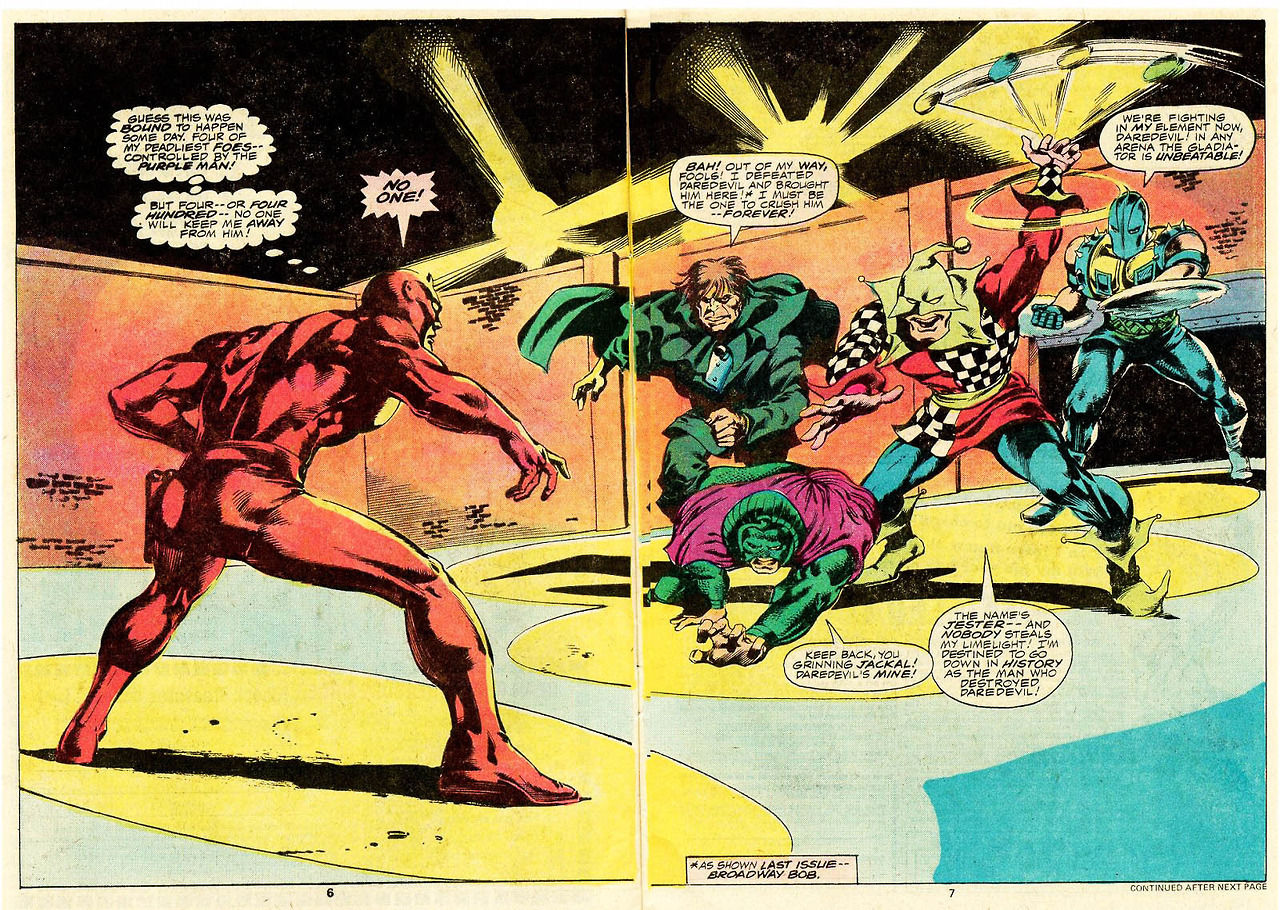 I understand that it’s easy to forget about McKenzie because Miller’s work was unlike anything that ever preceded it, and changed the entire art form.  But McKenzie was damn good, and he laid a solid foundation for Miller.