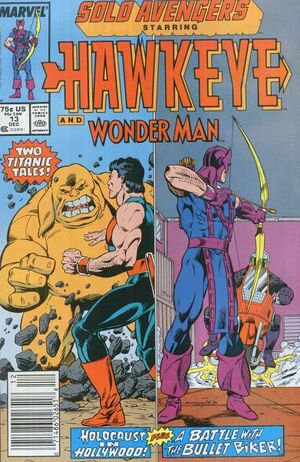 Hawkeye fights yet another guy from his Carnival days, which also spawned Grim Reaper, Swordsman, Trickshot, and I think also Taskmaster.  Now that’s a circus of crime!  The guy rides a motorcycle and goes by the name Bullet Biker.  And believe it or not, he’ll return for another appearance in the future. 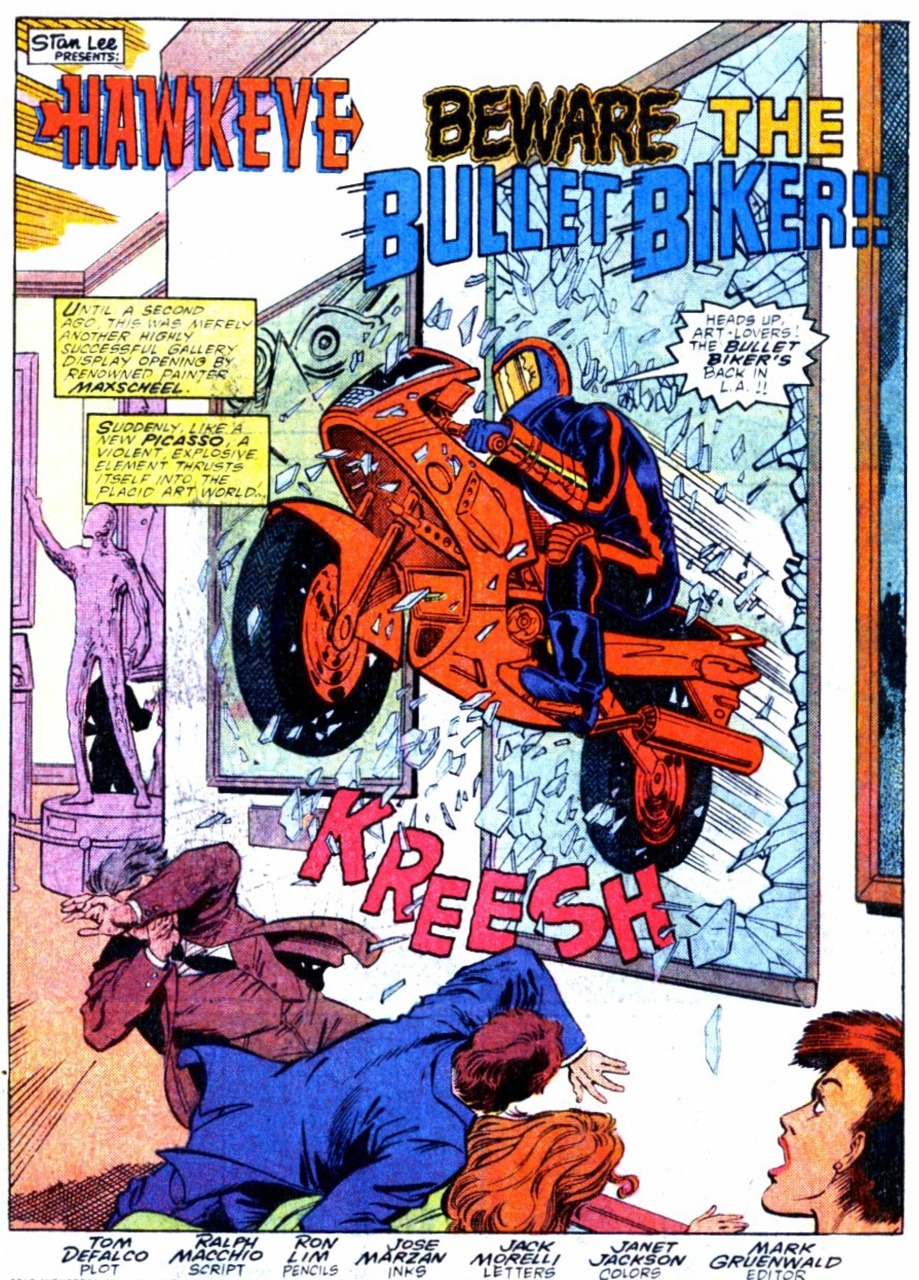 Then Wonder Man fights a possessed actor who turns into a giant, fat demon on set of a movie he’s in. 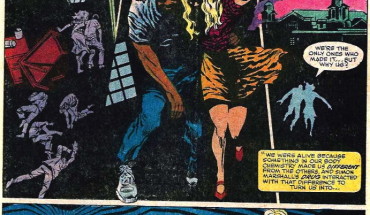