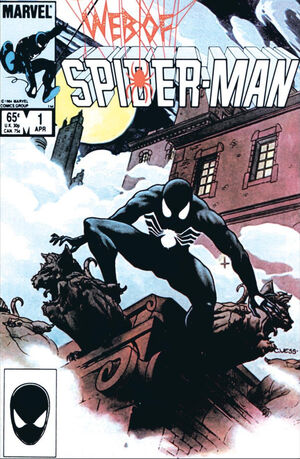 Is this the first time a woman has been assigned full-time duties to write a Spider-Man book?  I think so.  It’s also one of the few times a woman was assigned any monthly book.

The symbiote costume that will eventually be named Venom has escaped from Fantastic Four headquarters, where it was being held after Mr. Fantastic figured out that sound vibrations could force it to jump off a host body.  It’s been running around NYC jumping from person to person.  Then, at the end of Peter Parker the Spectacular Spider-Man #100, we saw it had found its way back to Peter Parker’s apartment. 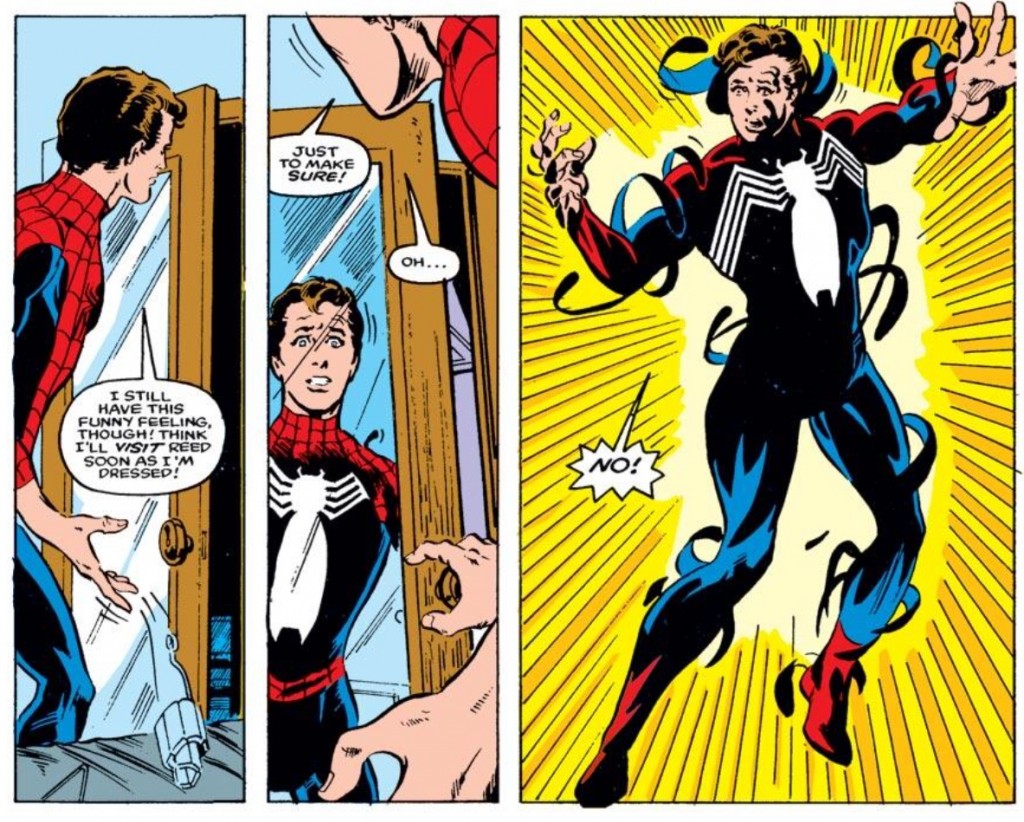 At the beginning of this series, the symbiote disguises itself as Peter’s red-and-blue costume.  I think this is the first time the symbiote was able to change colors.  (And maybe one of the only times.)

Looking back with the benefit of hindsight, we can see inconsistencies in how Venom is being portrayed, but organically the Venom concept wasn’t even an idea yet and the properties of the symbiote were developing as different storytellers got involved. 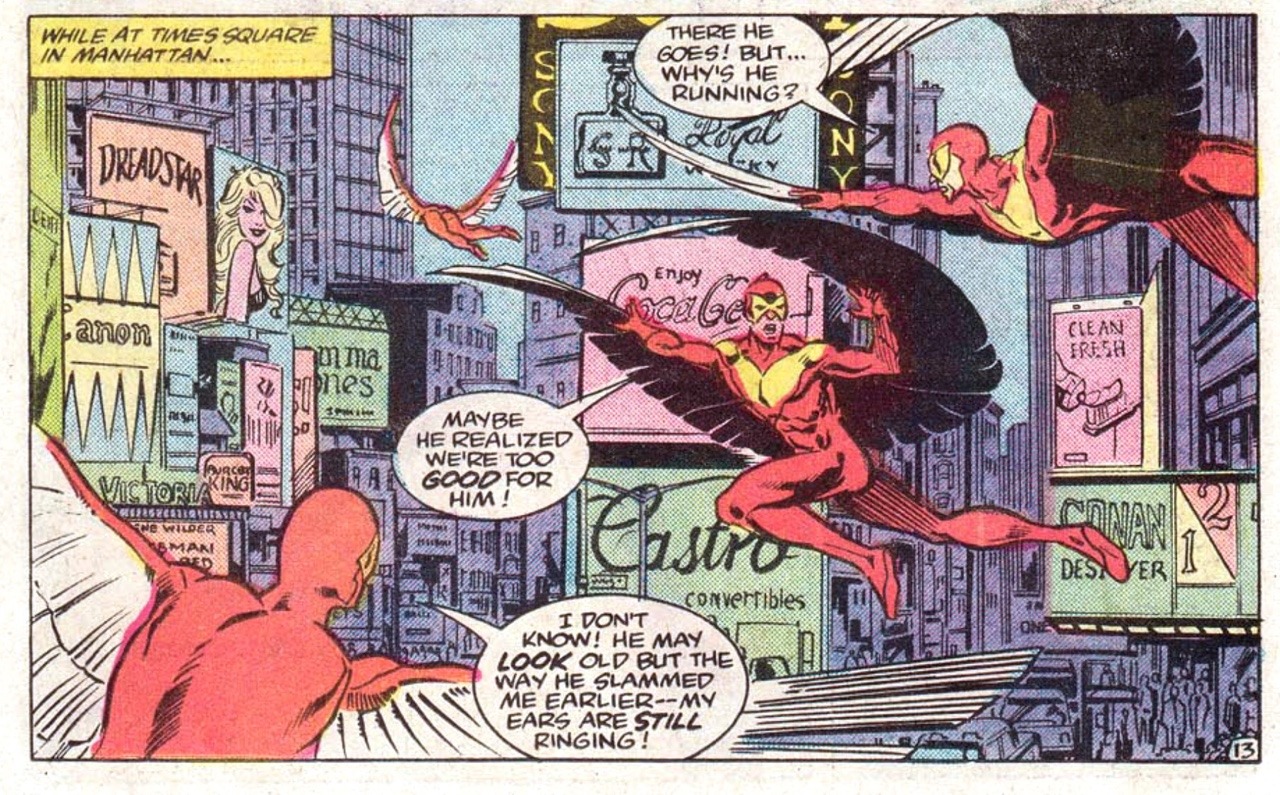 Once it’s on his body, the symbiote basically takes Peter out for a ride where he meets a new crime gang, “The Vulturions.”  They’re a bunch of low-level street criminals who were all arrested by Spidey and who spent some time behind bars with the Vulture, and now they’re emulating him and trying to beat up Spider-Man for having put them behind bars.  They get easily trounced by Spider-Man in issue #1, but next issue they return—seeking to be Kingpin’s lead assassins. 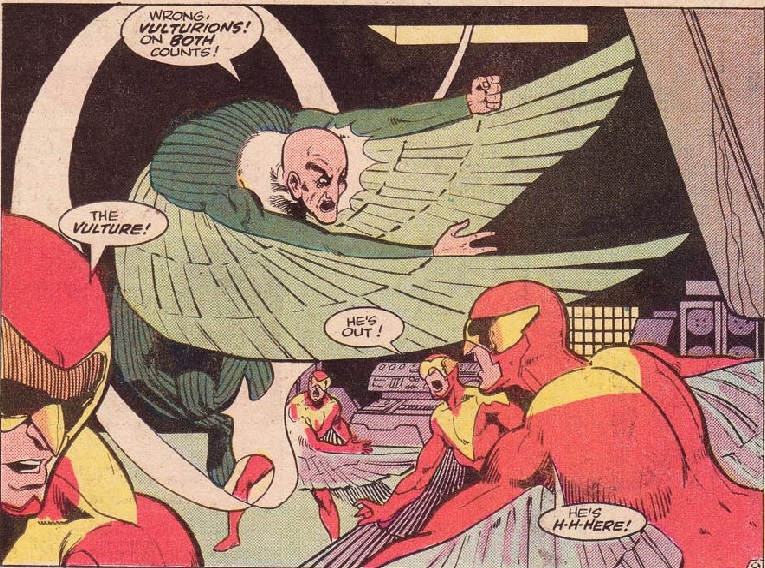 That doesn’t work out too well for them either, and then Vulture takes them all to church in issue #3.  It’s a fun little arc, and I love Vulture—he’s pretty underutilized.

And speaking of being taken to church, at the end of issue #1, this happens… 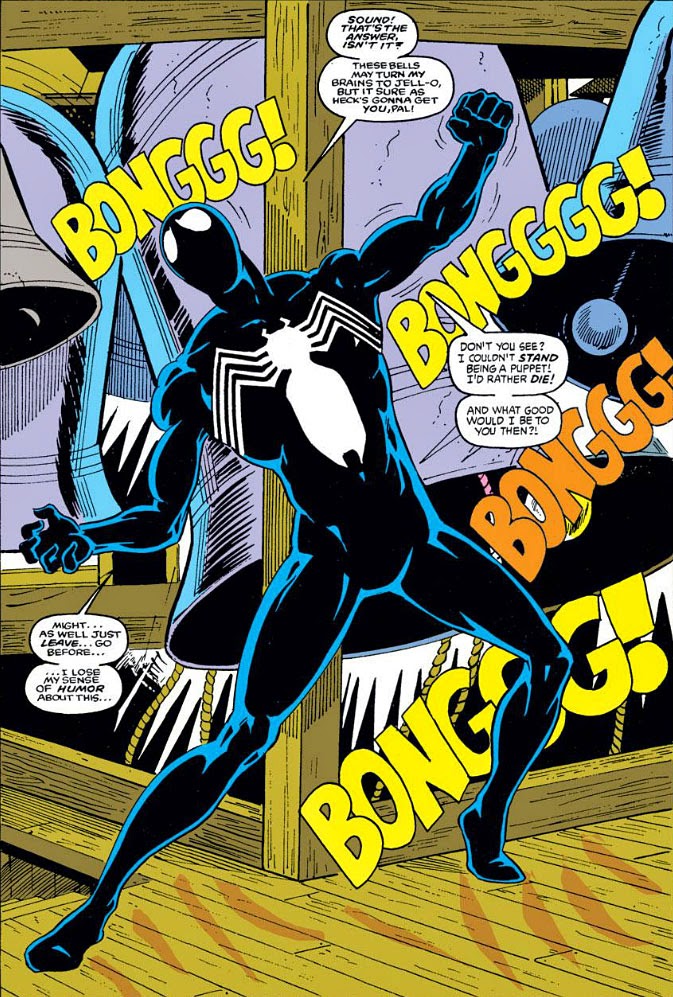 Spider-Man gets Venom off him again, and (seems to) kill him. 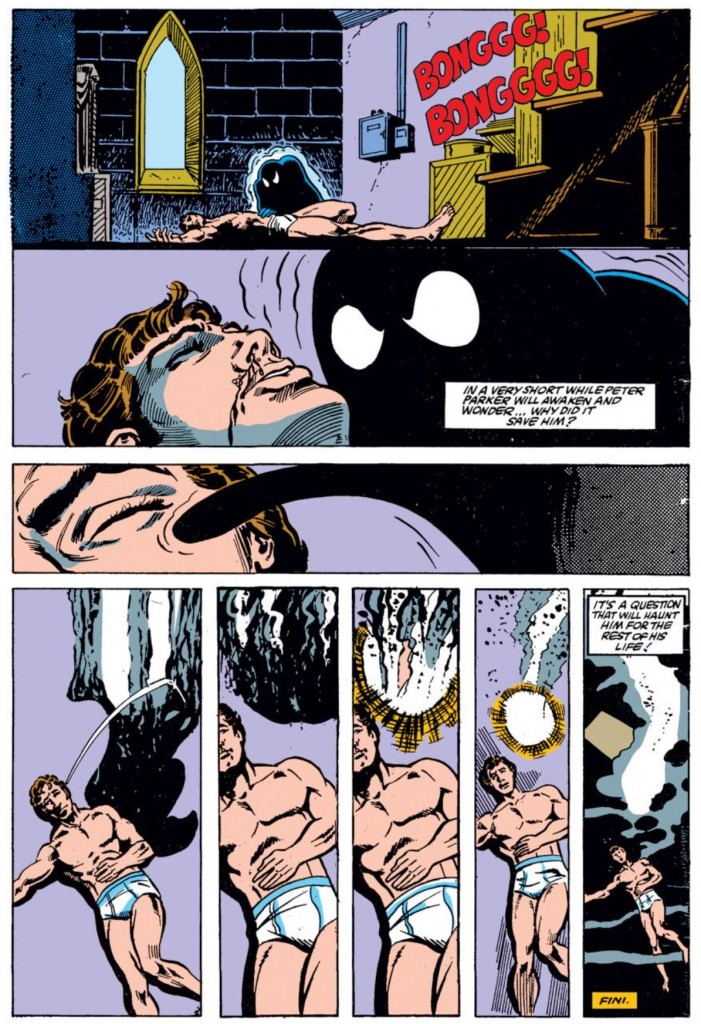