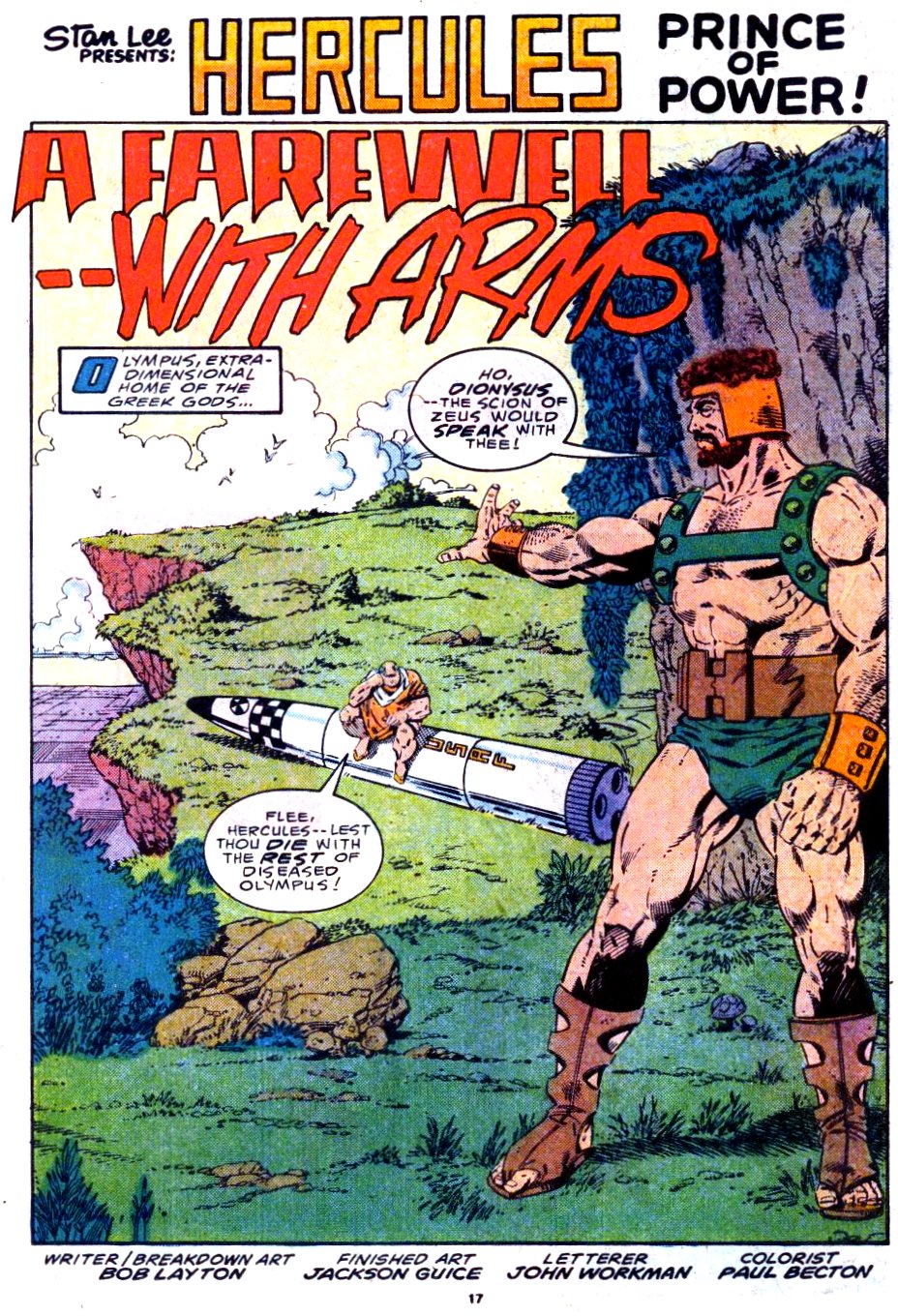 The first half of this book is yet another Tom DeFalco, humdrum Hawkeye special.  He fights a group of gymnasts called Bob-Cat and his Claw and a guy called Mind Melder who can body swap.  Ugh.

Story #2, though, is a Hercules tale by the greatest Hercules writer ever: Bob Layton!

It starts on Olympus, with Dionysius deciding to blow up the home of the Greek Gods because he thinks they’re just not relevant any more.  Which is kinda true: Thor holds a high profile, and there’s hundreds of super-powered folks running around Earth.  Who needs The Greek pantheon anymore?

Hercules tells his friend that he’s just depressed, but Dionysus is determined.  He’s got a nuclear warhead and a giant tank, among other things that Hercules has to defeat to stop him from setting off the bomb.

To punish him, Zeus does what the all-fathers always do to “bad” Gods: He takes his powers away and forces him to be a mortal on Earth.  (Being a human must really suck, since it’s always the go-to punishment.)

And in typical Bob Layton fashion, the result is pretty funny:

Dion’s Bar!  “Under new management!”  I wish this had become a running gag, but I don’t think it gets used in future stories.

This is the first solo Avengers story I’ve really enjoyed, and reminds me of what Marvel Fanfare can do when it’s doing its job.