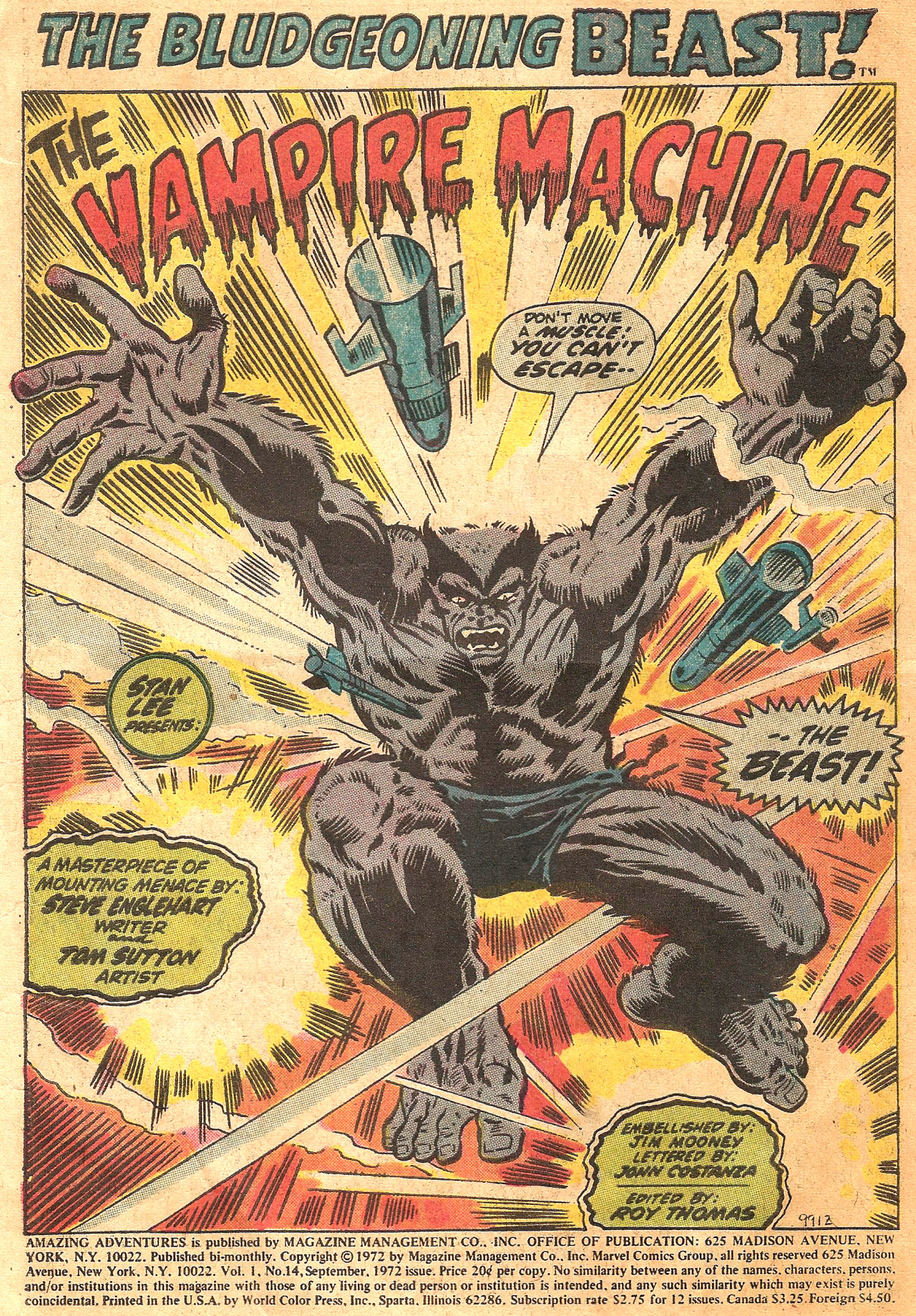 Talk about a guy who starts his career out with a huge bang. Steve Englehart’s first job at Marvel was renovating The Beast.  Then he went on to write awesome, long runs on The Defenders and Captain America.

Amazing Adventures #14 continues to develop The Beast as a new character, tortured by his own appearance.  Yeah, he’s a bit like Thing–but it’s handled in a much better way.  Above, he shows how much it means to him that Iron Man treats him as an equal and not a monster. 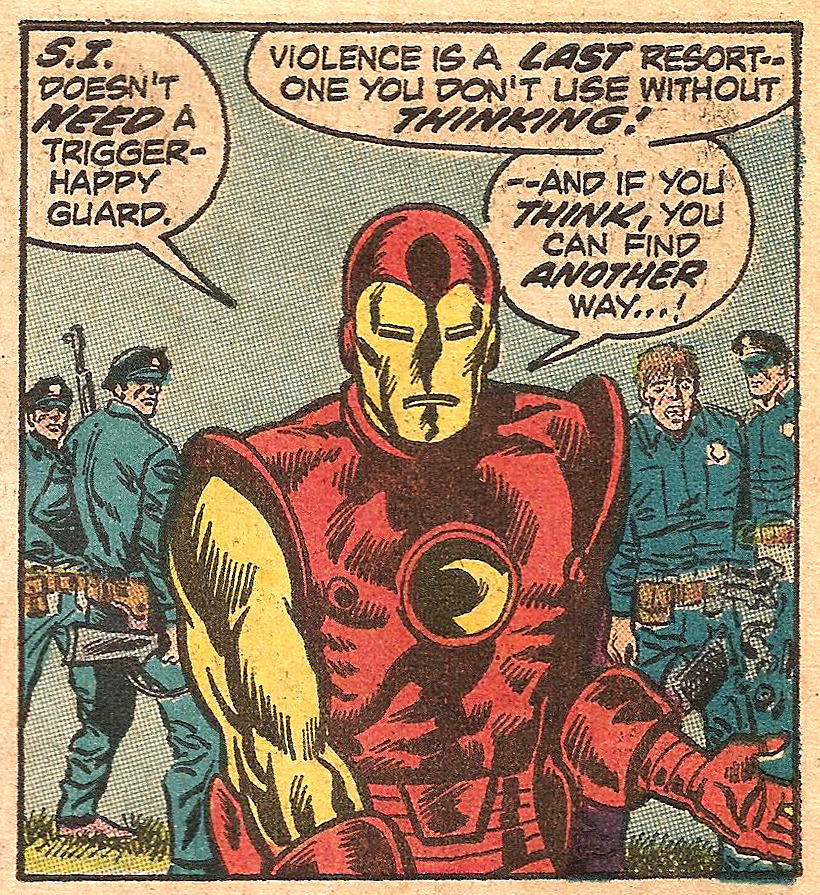 Because thinking is better than violence. This from a guy who gets into multiple fights every month.  But, yeah, Tony is also smart–and he’s encouraging Beast to act smart, too, because Hank McCoy is an intellectual guy.

But Iron Man should be treating him like he’s an idiot, since he wandered on to a missile-test just to talk to him.

He also wears a rubberized mask to hide his appearance, and when he does he becomes quite the ladies’ man.

Beast’s lothario reputation will carry him through the 1980s and will be one of the most interesting things about him.

In this issue, in case you were wondering, the villain is Quasimodo.