It’s the return of The Brood!  The aliens are on Earth and they’re eating people and taking over their bodies, as they are wont to do.  Pretty scary stuff!

The guy in that picture looks like Longshot, but it’s just a regular dude who happens by the place where the Brood’s flying shark spaceship (awesome!) crash landed, and ends up being an early victim of the hungry aliens.  Most of the first issue of this arc is just brood aliens spreading across Arizona.  Comics in general, but specifically Marvel, don’t have the patience for this kind of suspense-building roll-out anymore—it works well here.

But of course, eventually the X-Men and the brood meet up and there’s a terrific battle. 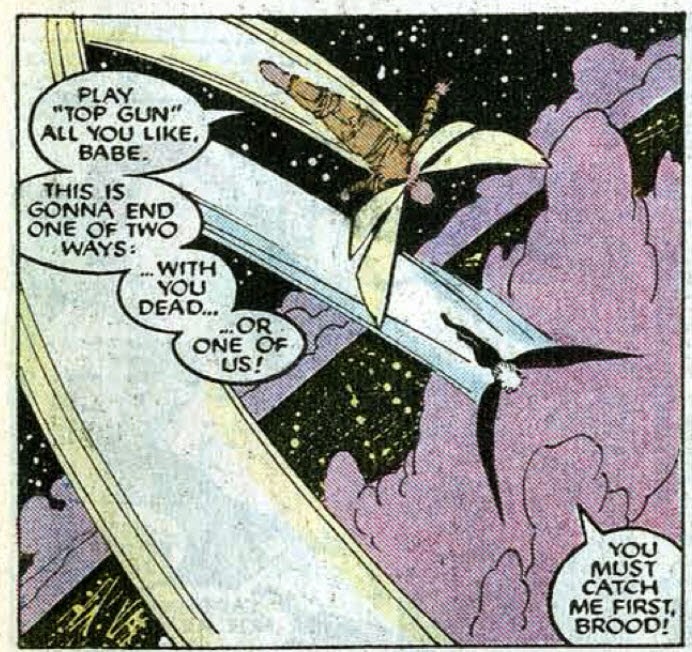 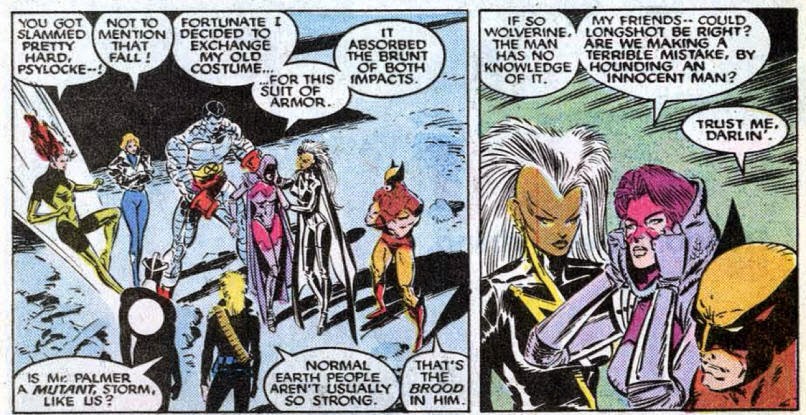 Psylocke has armor now.  I didn’t remember the brood having individual personalities, but these brood do.

They even have superhero names like Brickbat and Temptress and, as you can see from the panel above, they speak English.

During the fight, Wolverine gets infected and uses his healing power to shrug it off, in tribute to the last great brood arc—almost 100 issues ago.  A nice twist: There’s a priest nearby who thinks the power of God–not the power of mutant genes–is what cures Logan.  Also, look how Wolverines saves a hostage:

Obviously, a huge fight in the middle of Colorado gets some press attention, so reporters are seeing that the X-men aren’t really dead.

There are flashes during this arc to Madelyne Pryor, who is back at the dead X-Men’s base in Australia, using computers to try to find her son, kidnapped by the Marauders, and seems to be is contemplating whether the 8-points on Longshot and Dazzler’s costumes have significance given that 8 X-Men “died.”  That’s a little weird.  She wants to have a “calling card” the X-Men can leave to identify when they’ve done some good, because they’re “dead” and can’t reveal their presence.

Uh…That’s stupid.  If they’re trying to stay hidden, then using a calling card is the exact opposite of what they need.

She also sees her husband Scott Summers (who thinks she is dead) on television doing a press conference with X-Factor, which includes Jean Grey, and apparently this is the first time Madelyne realizes Jean is alive.  I’m not sure how she didn’t know that.  Anyway, it upsets her.

Somehow (I don’t understand how—but I think it’s implied that Gateway, who is also in Australia, did this), in her sleep she is transported to limbo where… 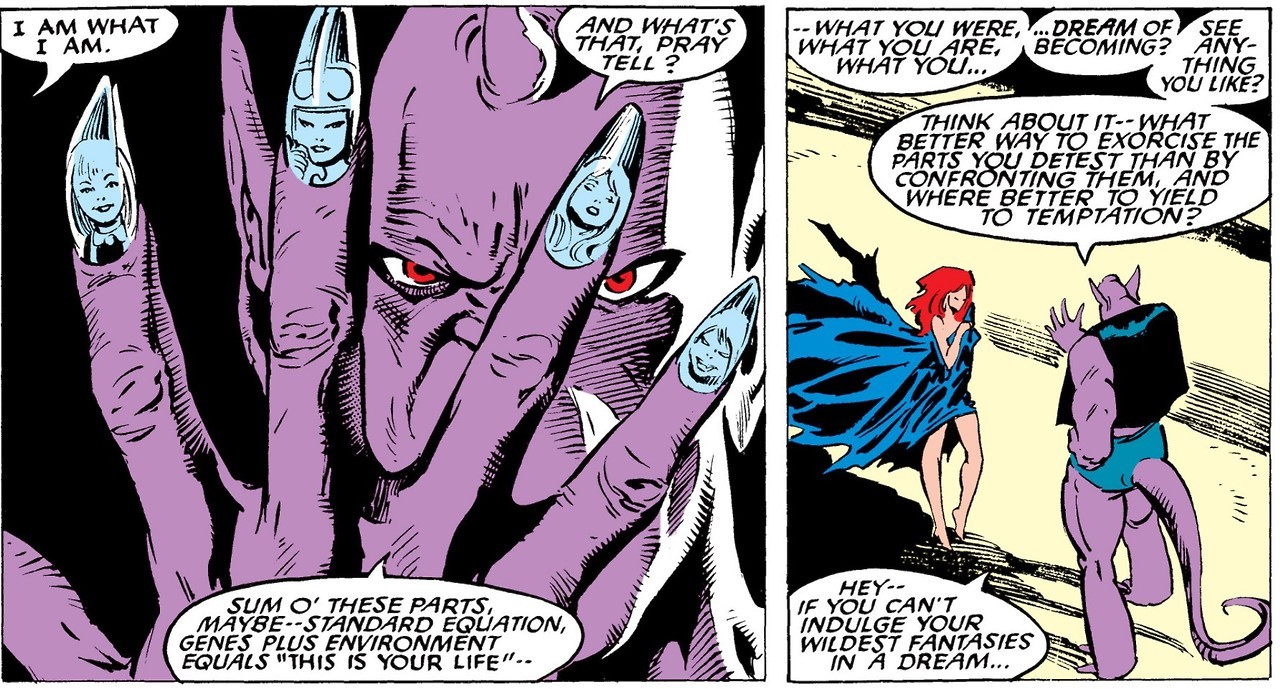 …She meets up with S’Ym who seems to give her powers—or at least a black leather costume—and it appears that her anger towards Scott and jealousy of Jean will corrupt her.  That’s the cliffhanger, so I’m assuming something’s about to happen with Maddie.