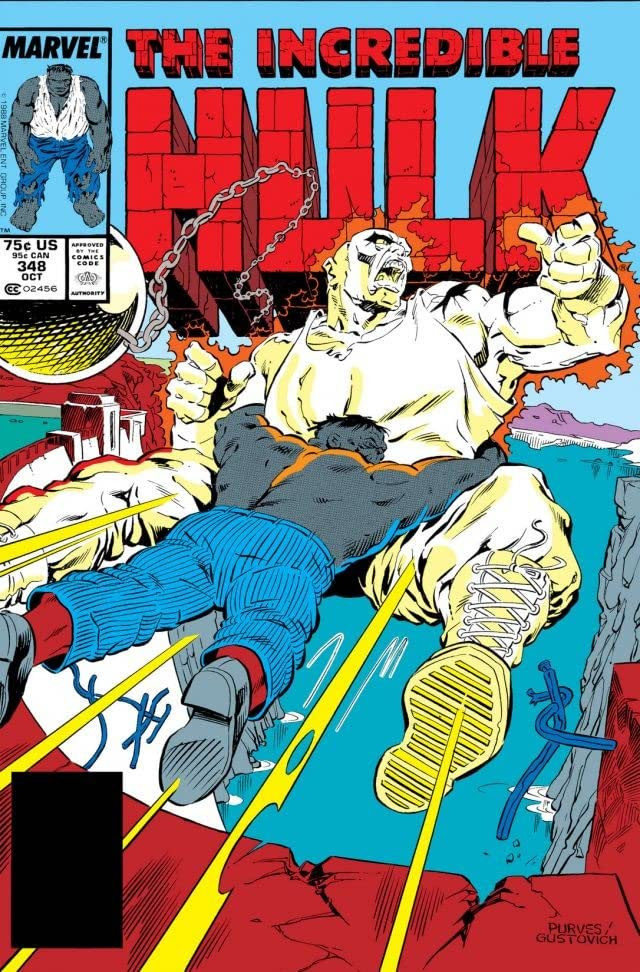 Peter David is probably one of my top 5 favorite writers, and Crusher Creek is probably my #2 favorite villain (behind MODOK), so this should be good!

After a lengthy (frankly, a little too lengthy) explanation of how Absorbing Man escaped from being shunted into another dimension by Thor in (in Thor #376), we see he’s just returned to Earth and in need of cash—so taking on a hit job against a mobster’s fixer seems like a good idea.  After all, nobody understands yet that Mr. Fixit is Hulk, and Absorbing Man can go toe-to-toe with Thor.  So, he’s thinking, this should be easy money.

Absorbing Man quickly figures out that this gray tough guy is really Hulk, and we the readers learn that Hulk is treating Mr. Fixit as a “cover” to hide from the world that he’s still alive.  We probably could have figured that out, but so far Peter David has done nothing to tell us how Hulk got to Vegas after The Leader dropped a gamma bomb on him, or why he’s working for the mafia, so this is a bit of a revelation.

The fight has characteristically good Peter David witty banter.  Especially when he delivers the death blow. 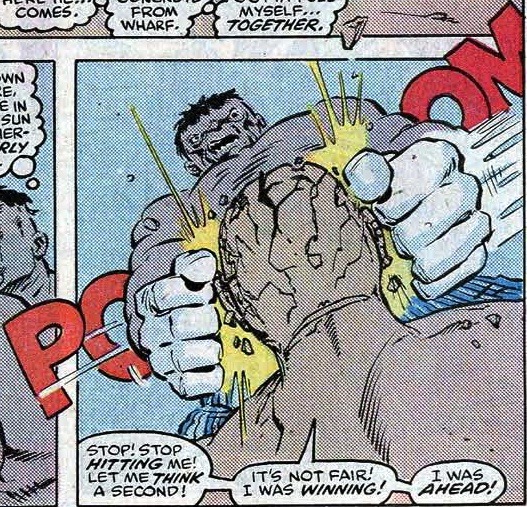 Saving his secret identity, Hulk appears to kill Absorbing Man in the end of the issue.  Creel absorbs concrete to try to withstand the fight…

…And Hulk busts him into tiny pieces.

We’ve seen Absorbing Man “die” like this before—like when he dissolved into the ocean and when he dissipated into space gas—so I doubt anyone really thought A.M. was dead after this issue.  I’m not tagging it as a “death.” 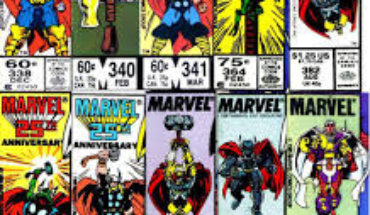 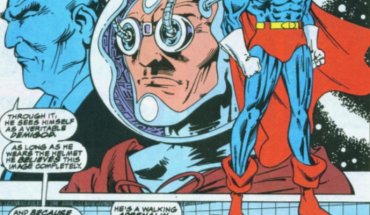