Why wasn’t this a double issue?!?

Aunt May is set to inherit an island with valuable resources on it, so Doctor Octopus decides to woo her.  I an’t sayin’ he’s a golddigger…But like every Marvel wedding, the ceremony is interrupted by a supervillain. 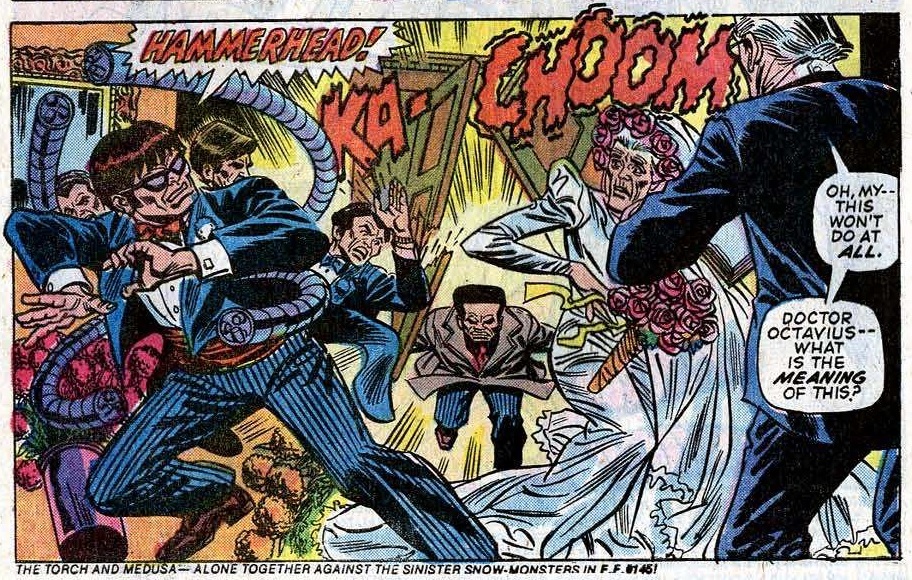 Hammerhead comes in all full of piss and vinegar, Spider-Man has to fight him, and then the island blows up. Seriously.

Needless to say, the wedding didn’t go through as planned.

Also, Spider-Man drives, continuing the ongoing debate about whether he has a driver’s license.

A question now incorporated into the MCU.

I also want to take the time to note something special about what Marvel brought to the comic book game: Reality. 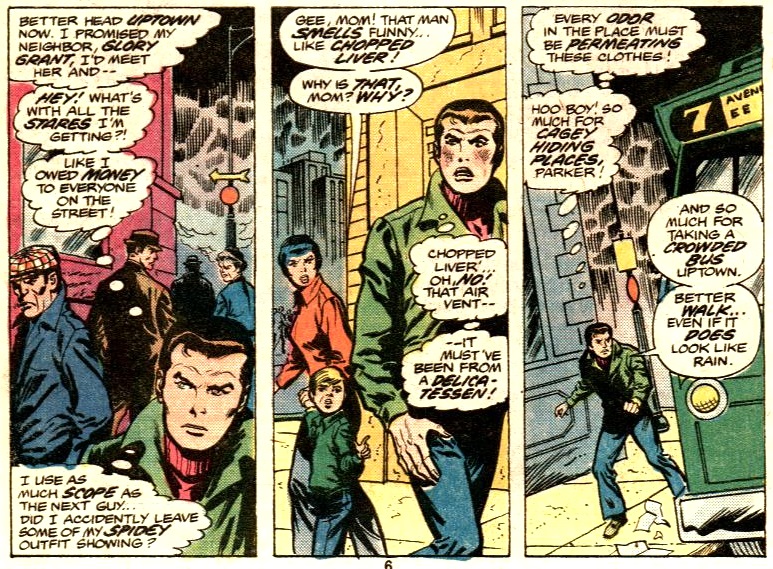 Peter stashes his clothes while he does some Spider-Man action, but he stashed them near the vent of a delicatessen, so he smells like liver for the rest of the day.

And finally, MJ is starting to love Peter, but doesn’t want to. 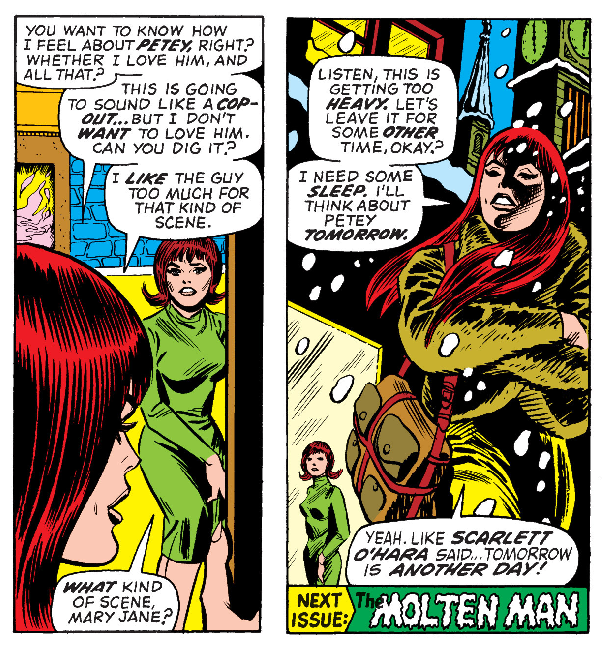 Creators: Gerry Conway and Ross Andru
Grade: C.  I really wanted it to be better, but it wasn’t.