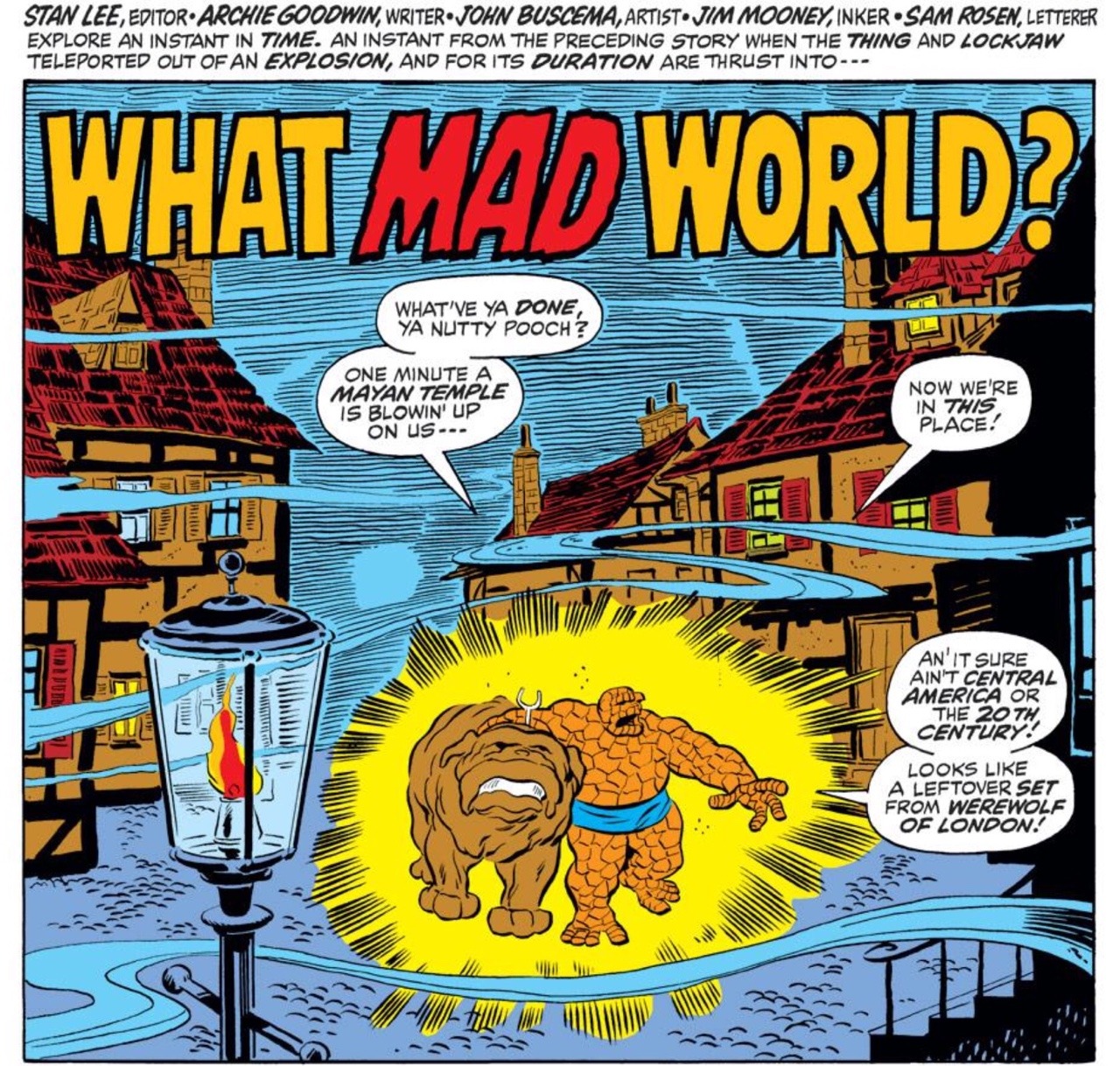 As for the story…The first issues of the FF not written by Stan Lee were…Pretty lame.  But then, I think Diablo is kinda dumb anyway.

Human Torch is lonely so he goes to the Hidden Refuge on a booty call to see Crystal, but she’s not home.  He goes back to New York where Agatha Harkness shows him a crystal ball (Crystal in a crystal): She’s been taken to South America by Diablo where she is held prisoner and worshipped as a goddess, due to her Earth-powers. 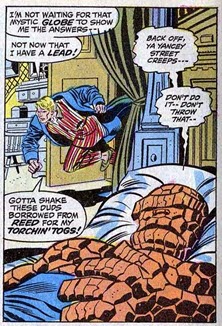 So he wastes no time!  He doesn’t wake Thing from a nightmare about the Yancy Street gang.  Eventually his team-mates join him and defeat Diablo.  He seems to die in the end, but in Fantastic Four #194 he returns and says he merely transmuted his body into gas so he appeared to have been vaporized. 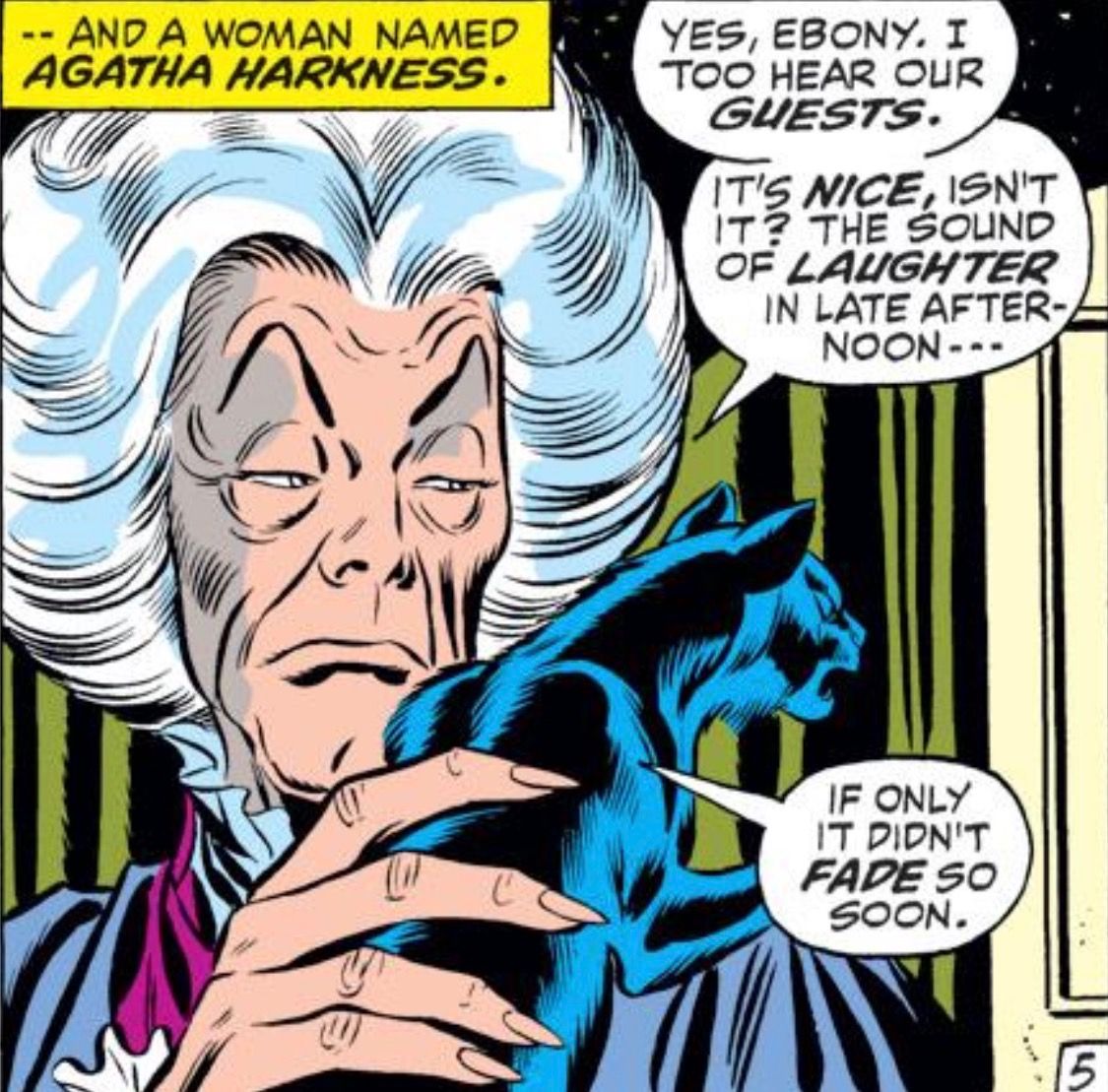 Johnny is finally reunited with her at the end and says he still wants to get with her, but she says “I’m going back to Attilan.  Hmmm.  I don’t think so…”

The most novel thing about this two-parter was that it featured the first ever Thing solo adventure as a back up feature.  Very unmemorable.  Next issue will be written by Avengers writer Roy Thomas and would feature Avengers member Black Panther.  It would be much, much better.