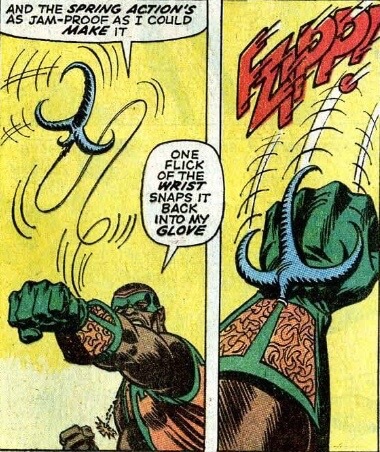 Falcon gets a new weapon: Talons.  He still doesn’t have his wings.  I’m not sure why Marvel thought a bird-character should swing on a rope rather than fly.  Also, rather than call it a Falcon Talon, he calls it a hawk hook.

Clearly, they didn’t put enough thought into it.

Also, Cap is still whining about how wants to be normal. I’m normal, dude. Trust me, it sucks.

In the main story, there are some corrupt cops in NYC, so Captain America goes undercover to expose them.  Sargent Muldoon, who becomes a recurring side character, asks him to do it.  He’s clearly based on Jack Kirby.

Undercover Cap is high concept, and yet, it works as a platform for his burgeoning identity crisis.  It also makes sense that he would have such a crisis–he’s partnered with a street-level hero who is very connected with his community, while Steve Rogers doesn’t even really exist anymore.

In fact, Falcon’s girlfriend, Leila Taylor, is introduced in this arc.  She feels more authentic than most of the black characters written by white men in early Marvel books–even if she has to have stylized speech patters and a moderately militant agenda…. 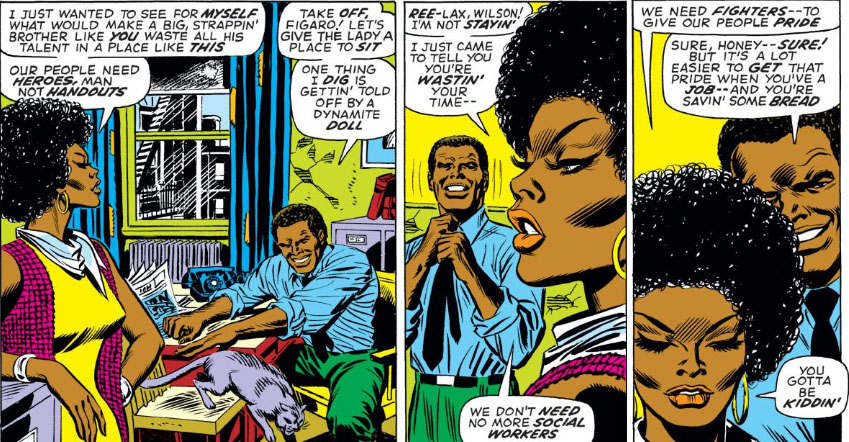 Cap is a peeping tom, and calls Leila “that militant girl.” 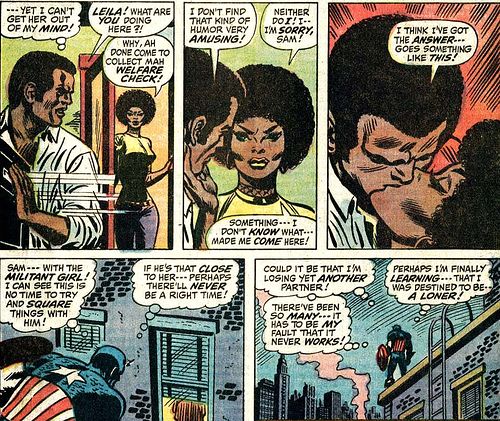 So Cap is still having his identity crisis, and is kind of going it alone.  This makes his girlfriend, Sharon “Agent 13” Carter, act sad and mopey.  Stan Lee is just incapable of writing women with any kind of dimension.

Also, Grey Gargoyle gets the power to turn people into stone slaves–people who can move around like he can, only they are in his thrall. 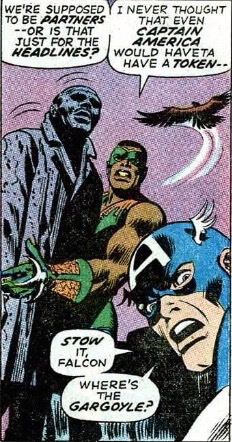 There’s a strange exchange where Falc seems to be calling Cap a racist.  That’s a little unfair, I think.  But he is a sexist… 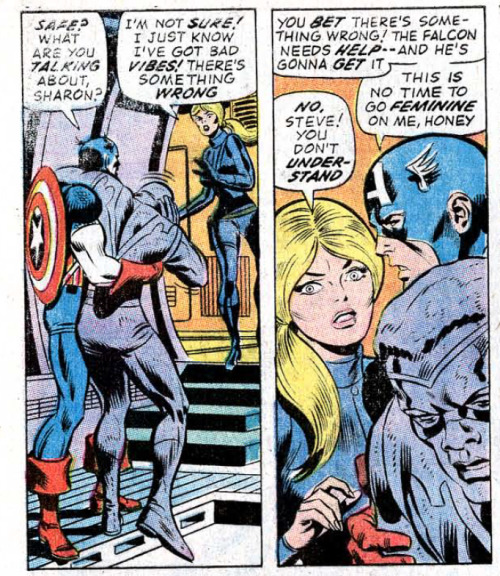 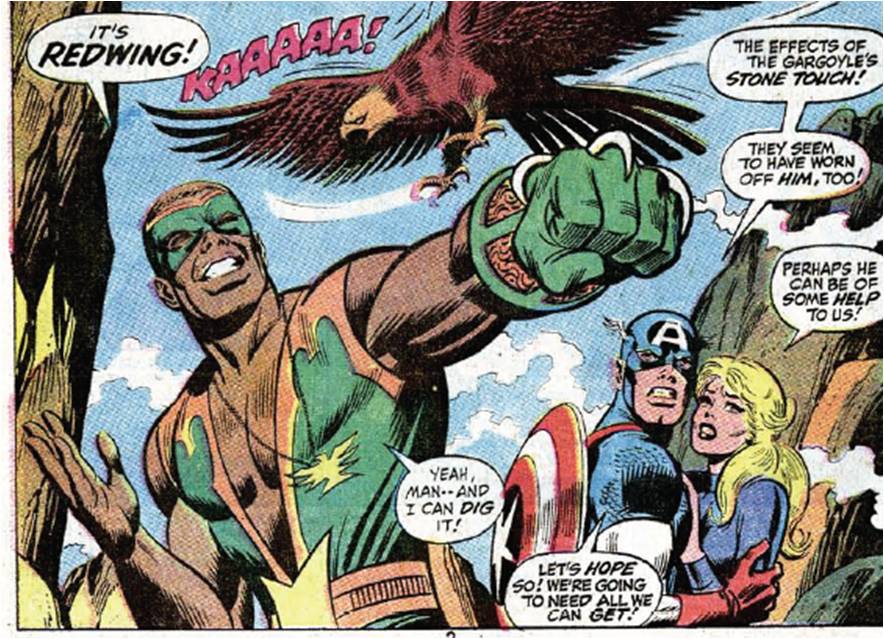 We get an extended origin story for him, and learn he needs Element X to make more potions.  SHIELD has Element X in a secret base.

And so the fun begins.

Of course, in the end, we get the heroes-standing-around gloating panel, complete with a bonus pro-disarmament sentiment to pander to the college kids. 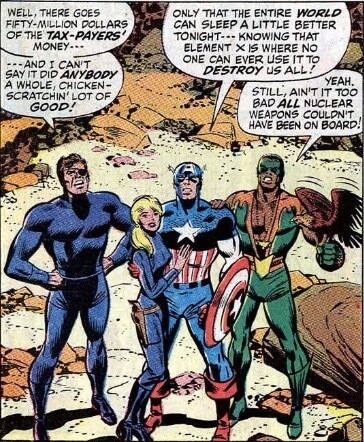