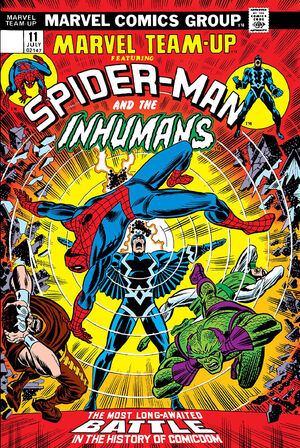 So around this time, Marvel started naming its arcs as a way to market not just one comic, but several at a time.  Marvel Team-Up has always worked best as a series of done-in-ones, where Spider-Man first fights then teams up with a new and different hero each week, so I’m not as big a fan of this three-issue arc.

When you add that it involves time travel, it kinda gets an ugh from me.

Issue #9 is Spider-Man and Iron Man, who travel through time with Zarrko the Tomorrow Man (who we haven’t seen since 1969) to fight Kang. 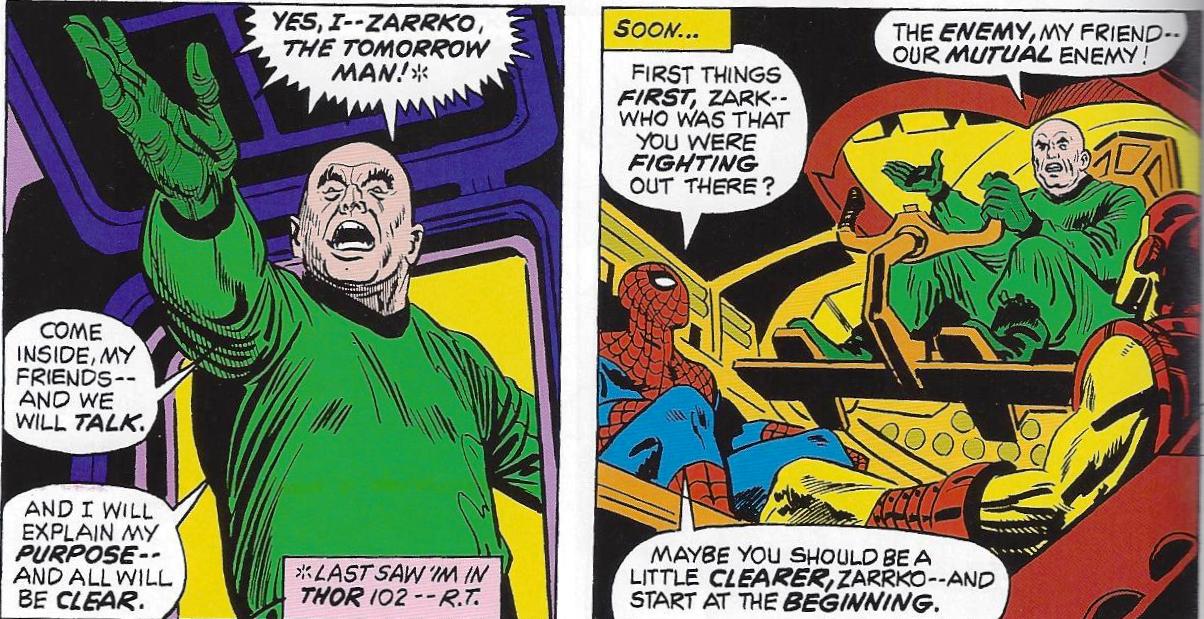 Don’t know who Zarrko is?  Don’t worry, it’s not important. 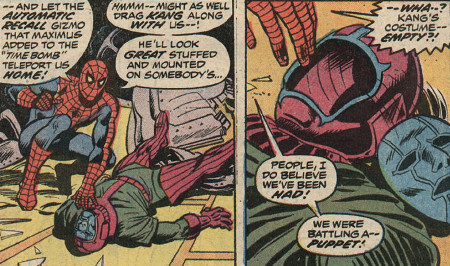 In fact, none of this is. You’d think three issues and Kang this ought to matter, but it’s just a confusing, garbled mess. In #10, he’s with Human Torch, who seems to serve only one purpose: To give Spidey directions to the Great Refuge of the The Inhumans.  He doesn’t take Spidey there, and is completely dispensable.

In #11, it’s the Inhumans, with an appearance by The Avengers.