She’s goooooooooooooneeee, oh why, you better learn how to face it…… 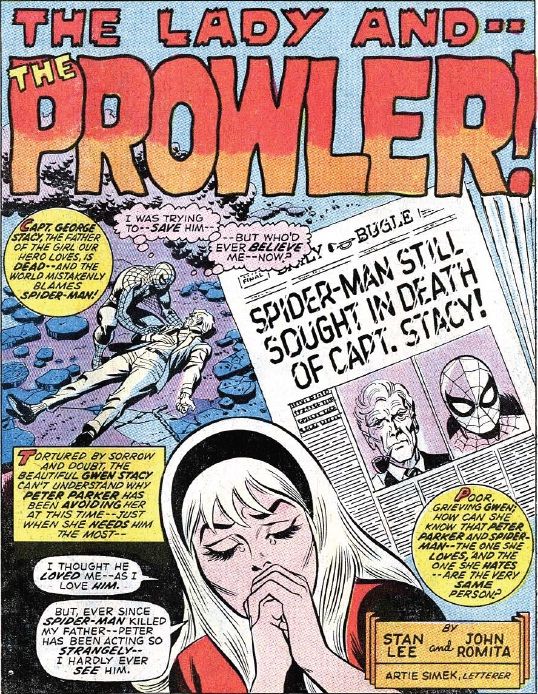 Gwen is mad because she believes the newspaper stories that say Spider-Man killed her father, and when she talks to Peter about it he hesitates. So, she goes to England. 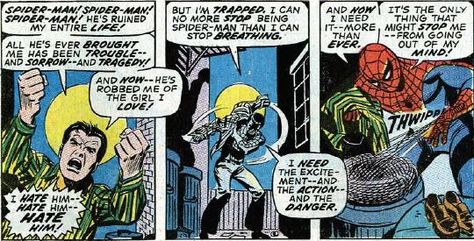 Peter throws a tantrum, but at least this time he doesn’t “quit” being Spidey again.

Meanwhile, The Prowler believes the headlines and tries to capture Spidey.  Dude, where’s your loyalty?  The last time you met him, Spider-Man helped you clear your own name when YOU were accused of a crime by the Daily Bugle.