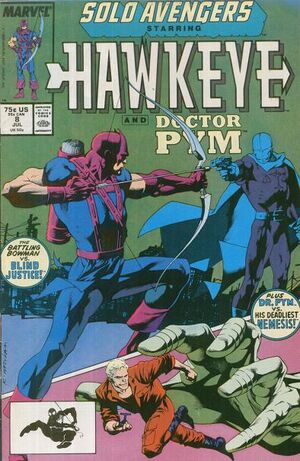 Hawkeye stops some gay bashers from busting up a flower shop while he’s trying to buy flowers to say “sorry” to Mockingbird because he’s a big relationship doofus.  The criminals get away and then are assassinated by a vigilante calling himself “Blind Justice.”  Hawkeye tries to find the guy, crosses paths with Shroud (who isn’t hanging out with Night Shift anymore, I guess—too bad), and then finally finds Blind Justice just as he gets shot to death by a criminal. Issue #8 has a back-up featuring “Pym…Hank Pym” fighting Dr. Nemesis, who believe it or not was last seen in The Micronauts.  It’s as bad as it sounds. 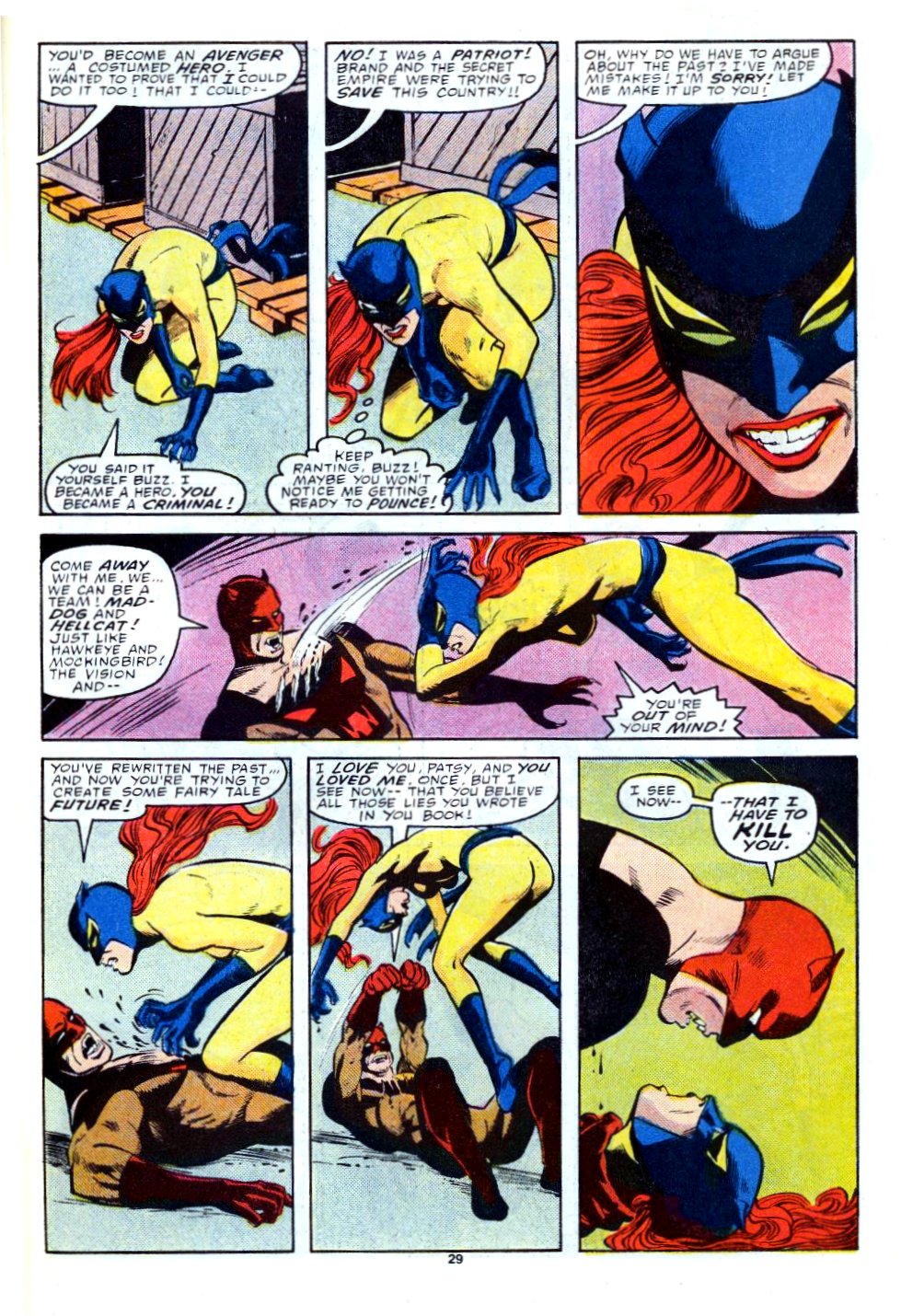 Then in issue #9 we have Hellcat, who technically was with the Avengers for a brief period but it hardly seem right to feature her as a “solo Avenger.”  She is promoting her new autobiography, which gives a good chance to go over the character’s long history as a fringe member of Avengers/Defenders, her subsequent marriage to Son of Satan, and then her first husband shows up and lives up to his name of Mad Dog.  He’s mad because she slanders him in the book.  Allegedly.  They fight and the story ends.

Hellcat: JM DeMatteis and June Brigman.  Grade: C+, because it’s nice to see her again and the overview of her history is fun, even if the story degenerates into a silly and stupid domestic violence tale.