It takes Marvel about half a year to bring Captain Marvel #19 to the newsstands, despite the fact that they just reimagined the character and, frankly, made him a lot more interesting.

In these issues, we see Rick Jones has become a rock star–or at least people now seem to dig his singing and he fills the seats at the clubs. 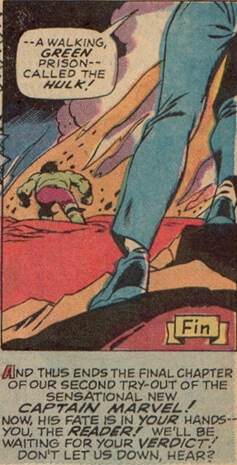 In the main story, Rick seeks out his old friend Bruce Banner to see if Banner can “fix” the whole problem of only Mar-Vell or Jones being able to be on Earth at one time, with the other being stuck in the negative zone.  Of course, Banner doesn’t.  He just Hulks out and the two of them fight. 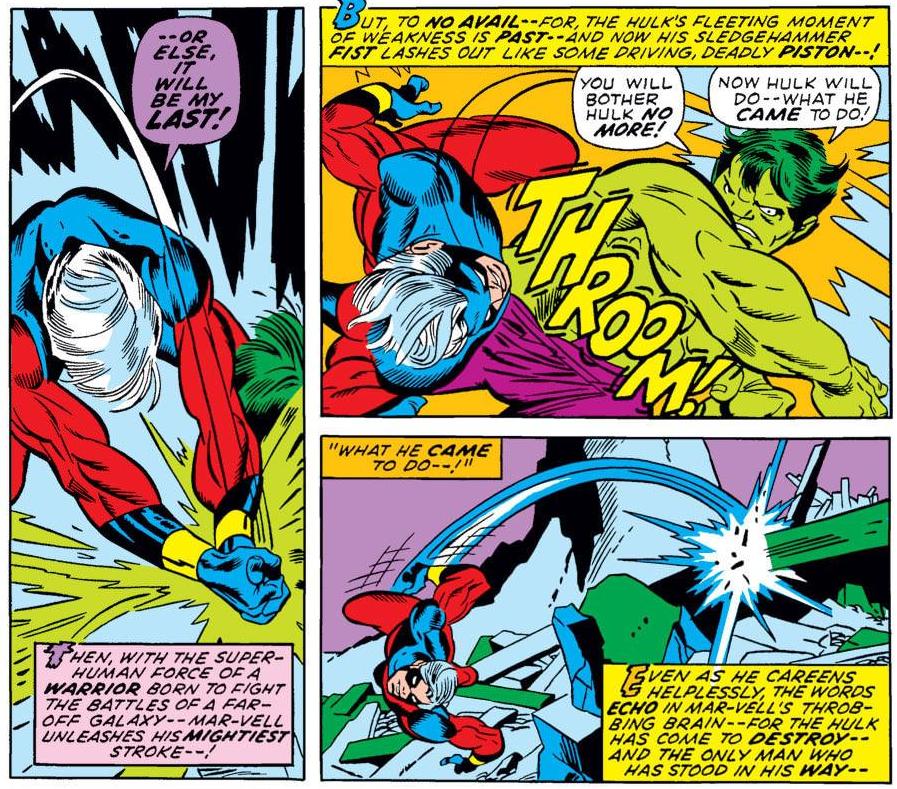 The series then goes on hiatus for another two years.

Kind of a waste of a character reboot, eh? 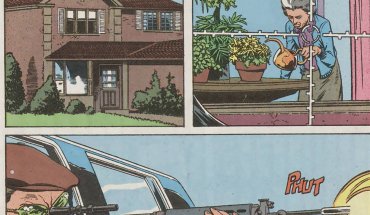