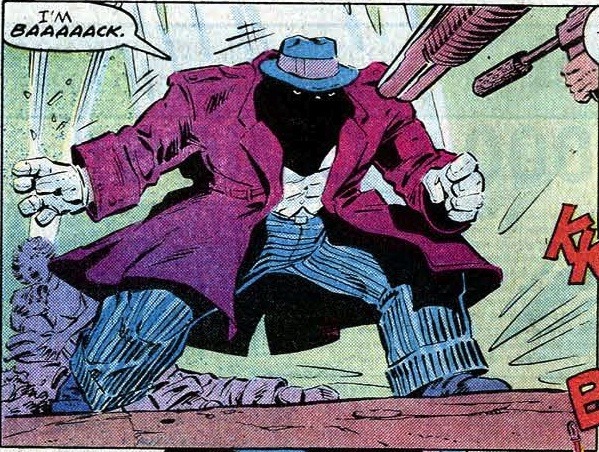 What happens when you’re already a gamma-irradiated monster and you get hit by a second gamma bomb?  Apparently, you become an enforcer for the Vegas mob!  He was missing from last issue, then spends the beginning of this issue in shadow (see above), until… This is the first appearance of Hulk as Mr. Fixit.  This is so brilliant.  It started with David having Hulk revert to his grey form, which means he transforms into Hulk at night and Banner by day.  Then, he goes to Vegas–where the city is really only alive at night.

I love how we’re just dropped into this story with no explanation.  I’m sure people reading at the time were scrambling to see if they’d missed an issue or something.  How the Hell did this happen?!?  Also, until the bomb hit, Hulk was Hulk at night and Banner by day, but now he’s Hulk all the time—in the city where it’s always dark!

The end of the issue teases Absorbing Man as an enforcer for a rival mob boss.  So next issue should have some good fights!