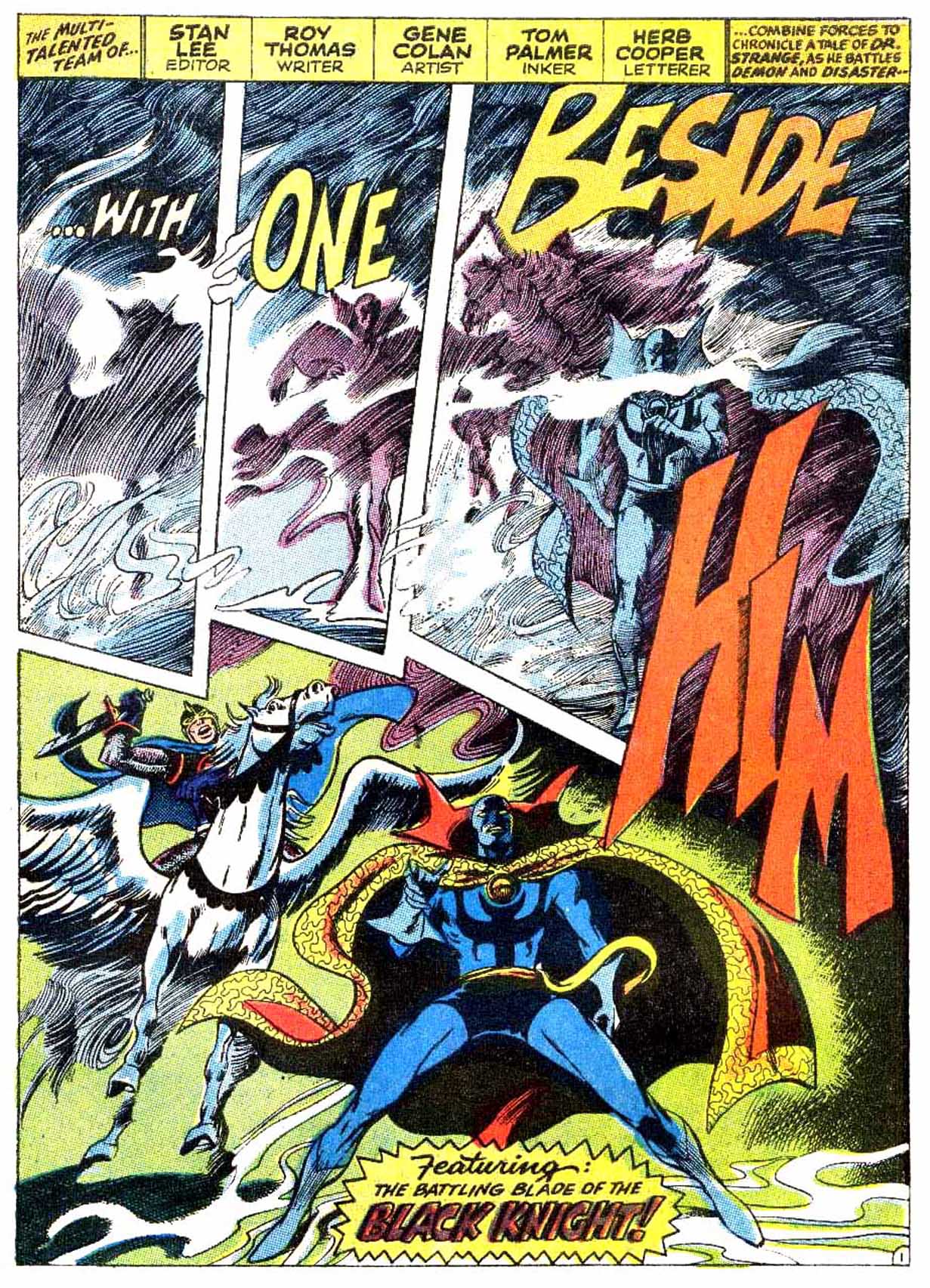 Doctor Strange is fighting the Cult of Sattanish, and goes to visit a friendly (female) wizard in England.  Yes, England.  You know what that means…Black Knight!

They fight, because that’s what alpha male superheroes do when they meet for the first time.

Then they team up to go into another dimension after the evil wizard who looks like a space traveler. 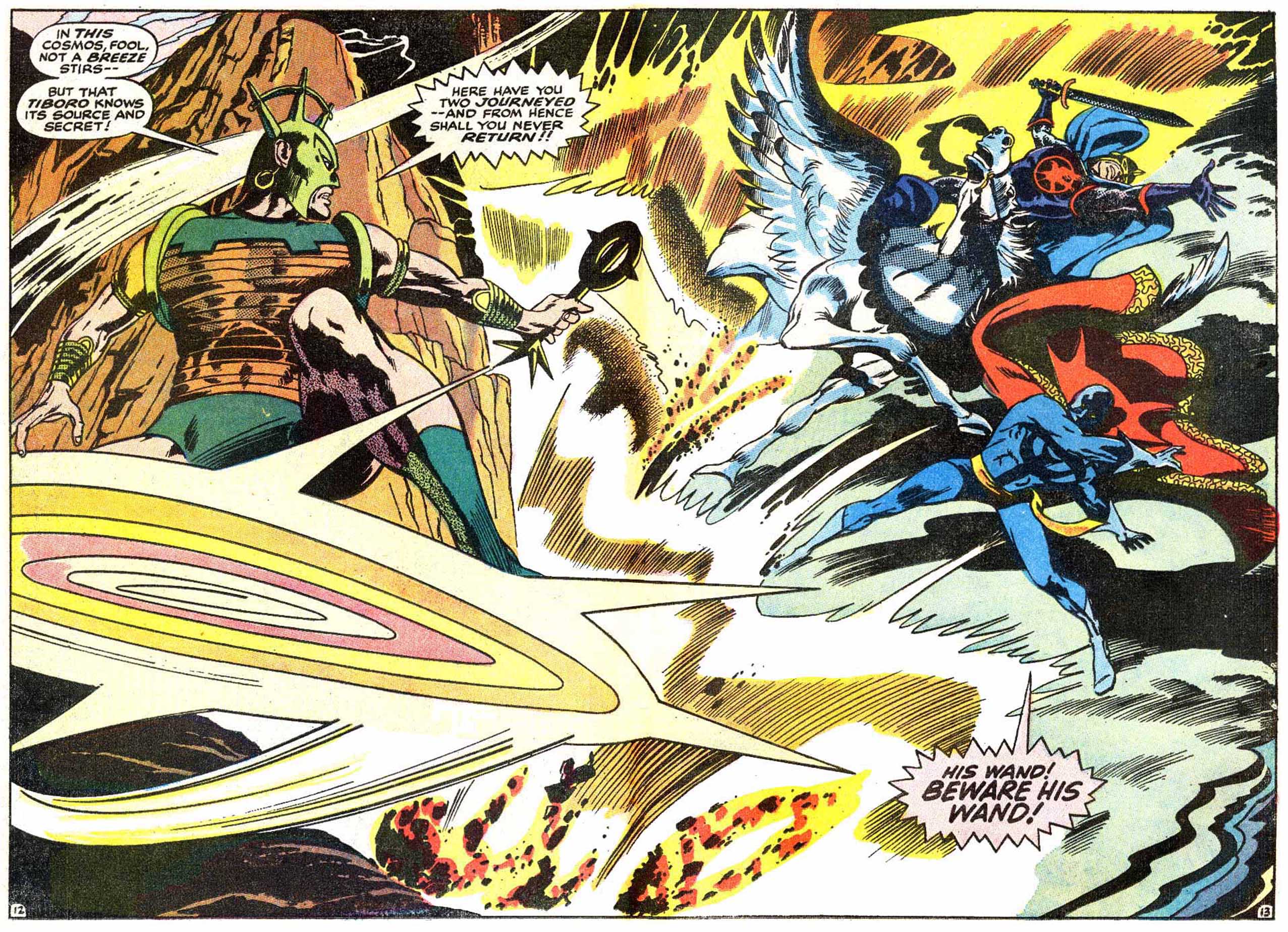 After defeating him by smashing his magic wand, they return to Earth and hook up with The Avengers, who have a way cool splash page… 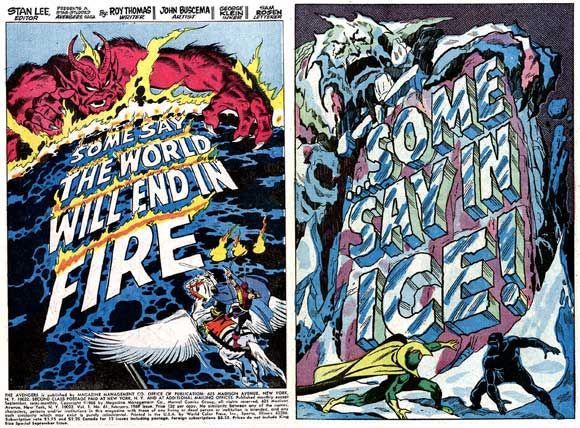 Of course the interdimensional villain set in motion a way to destroy Earth.  Before Strange arrives at the Mansion with Black Knight, Black Panther is recharging Vision. This brief sequence reflects some of the greatness of Roy Thomas’ run.  We learn about Vision here, first of all, which is always cool.   He’s solar powered!  I don’t think we knew that before now.  Also, it’s Black Panther who figures it out–Black Panther is a scientist and a techie with smarts comparable to Tony Stark.  Who else was writing about black men in mainstream culture in this way?  Nobody, I think.

Anyway, Strange connects with the above Avengers (Hank and Jan are “on their honeymoon” so they don’t appear in this story) and they save the world.

By splitting up and half fighting the fire threat and the other the ice giant.

I don’t think “By the Snows of Kilimanjaro!” is really a thing people say.

Creators: Roy Thomas and John Buscema (Avengers), Thomas and Gene Colan (Dr. Strange)
Grade: B- overall, because the Dr. Strange stuff isn’t very good but also isn’t essential (you can understand this story without reading his issue), but the Thomas/Buscema run of Avengers is damn fine.