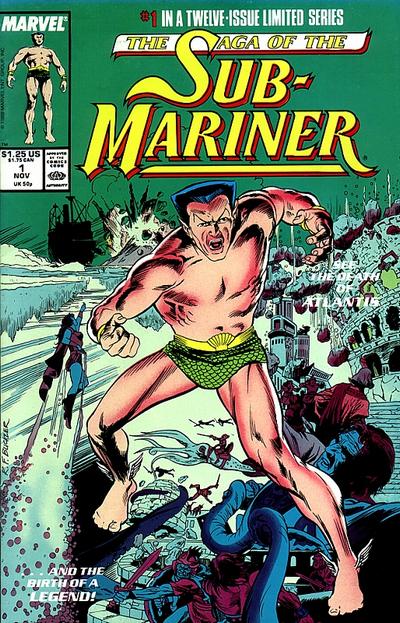 Saga of the Sub-Mariner was an historical miniseries that went over the life of a character who preceded the Marvel Universe and even Marvel as a publishing group–one of the oldest heroes in Marvel’s stable.  it was an attempt to reconcile that vast history with the greater Marvel Universe that began with Fantastic Four #1.

It starts by showing us Namor’s literal origin in 1920: His blue-skinned Atlantean mom getting rescued by American sailors, having sex with the captain of the ship, and then returning to the sea.  It also goes further back showing the beginning of the Atlantis civilization and the Serpent Crown. No, he’s not.  Rich Buckler doesn’t seem to know how to draw babies.