The first death of Captain America gives us the chance to see Steranko draw The Avengers.  But Christ, Cap never looked fat–how is that Iron Man, Thor, and Vision are straining to hold the coffin? 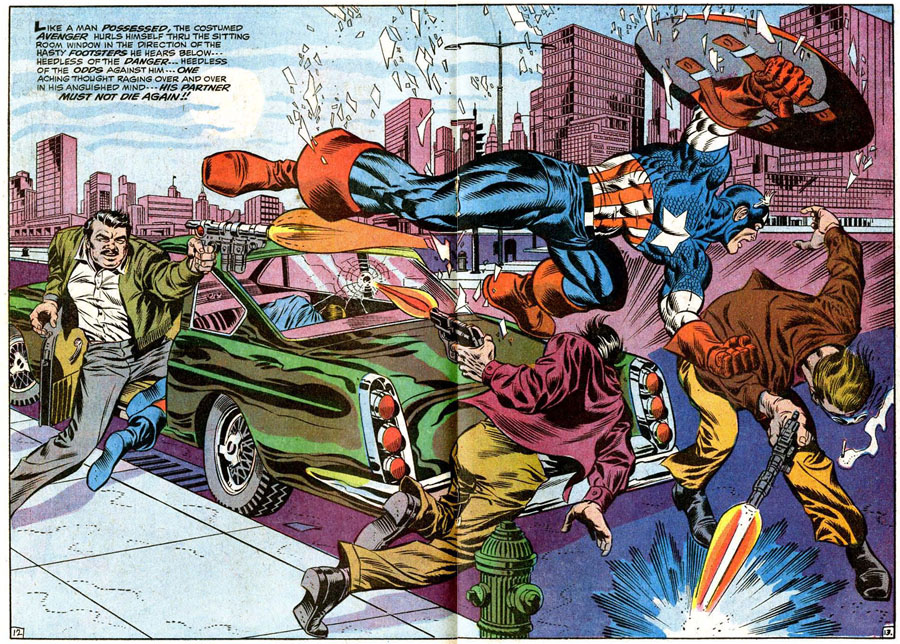 Anyway, Steranko is a master of style.  There are so many reasons to read these issues, but so many more to just look and stare and admire. 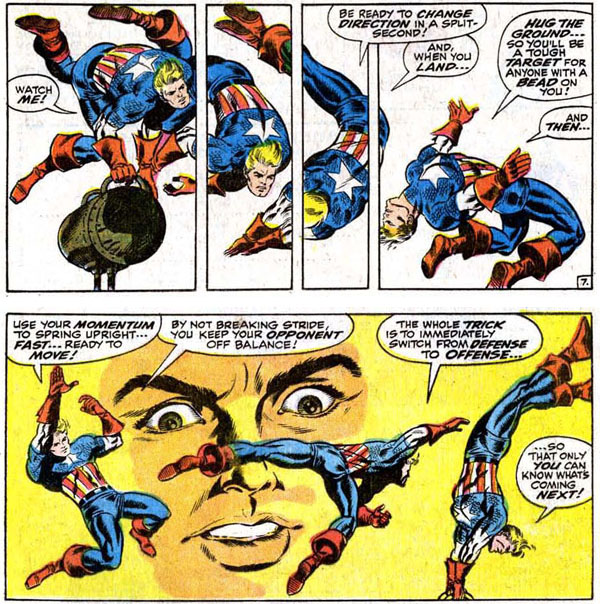 It starts with Cap training Rick Jones, who is at this time running around as Bucky the Fourth. 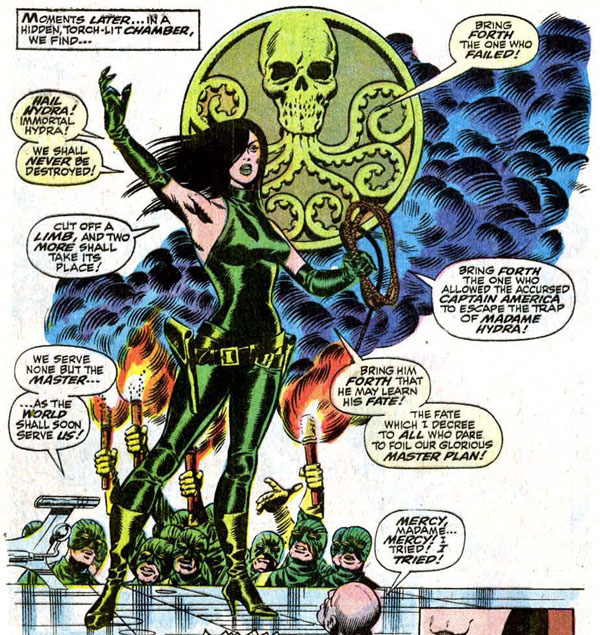 Hydra’s supreme leader captures Rick.  Hydra sets a trap for Captain America at a local carnival, but Rick escapes and warns him of the plot.  In the process of escaping, Cap sheds his uniform–which is shredded with bullets, making the world believe he is dead.

All of issue #112 is a retrospective of Cap, told by Iron Man.  Although he appears in flashback, Cap is technically not in the issue at all.  It’s drawn by Jack Kirby. 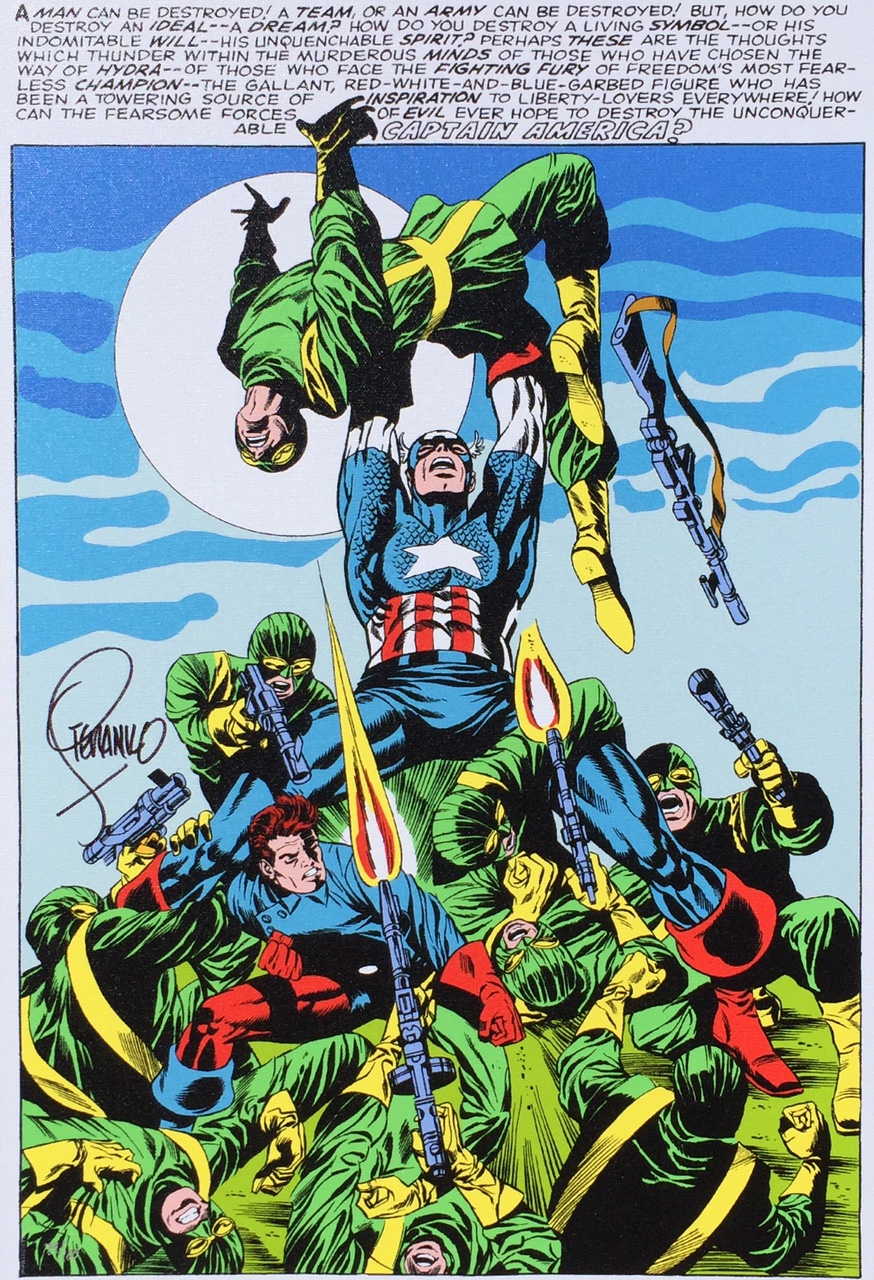 In issue #113, it’s revealed that Cap isn’t dead (none of us really thought he was), and he takes down the Hydra cell that “killed” him.

Cap’s “death” also enables him to revive his secret identity.

And then Steranko leaves, just as quick as he came.