When Hulk eats bananas, he doesn’t like to be bothered. 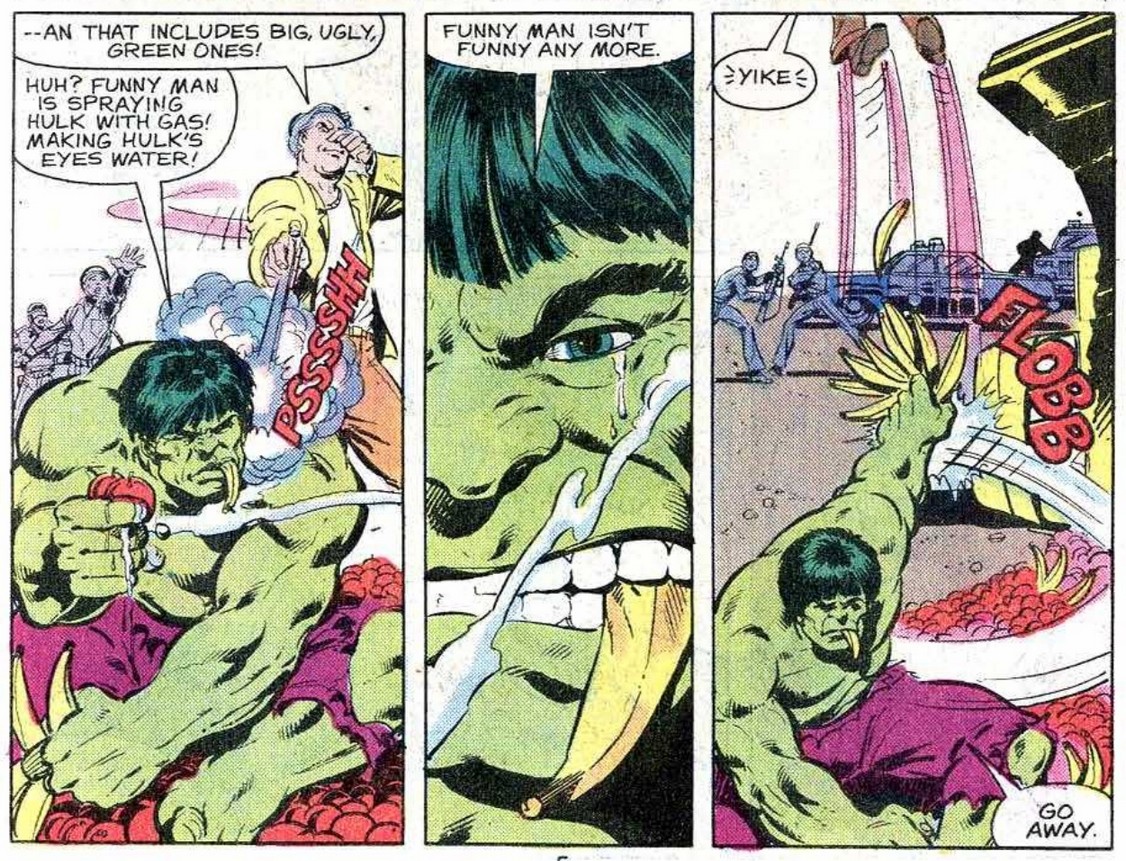 Jerry Bingham signs on to do some pencil work as Michelinie and Layton pit Iron Man against The Hulk.  And it is pitch perfect 1980s Hulk: Primitive, hilarious, and with heart. And with a guest appearance by the Micronauts!  (Or at least the toys.)

These are two of my favorite comics ever; I can’t imagine how many times I read my dog-eared copies.  And the follow up, #133, is just as awesome.

Plotwise, Tony Stark is stuck in traffic.  Everyone is stopped still on the highway.  Why?

Because Hulk is eating bananas.  And the military wants to stop him.

I wish I’d thought of having a tag for scenes of nothing but Hulk sitting and eating.

Anyway, Tony decides that this is a job for Iron Man, and gets beaten pretty badly. 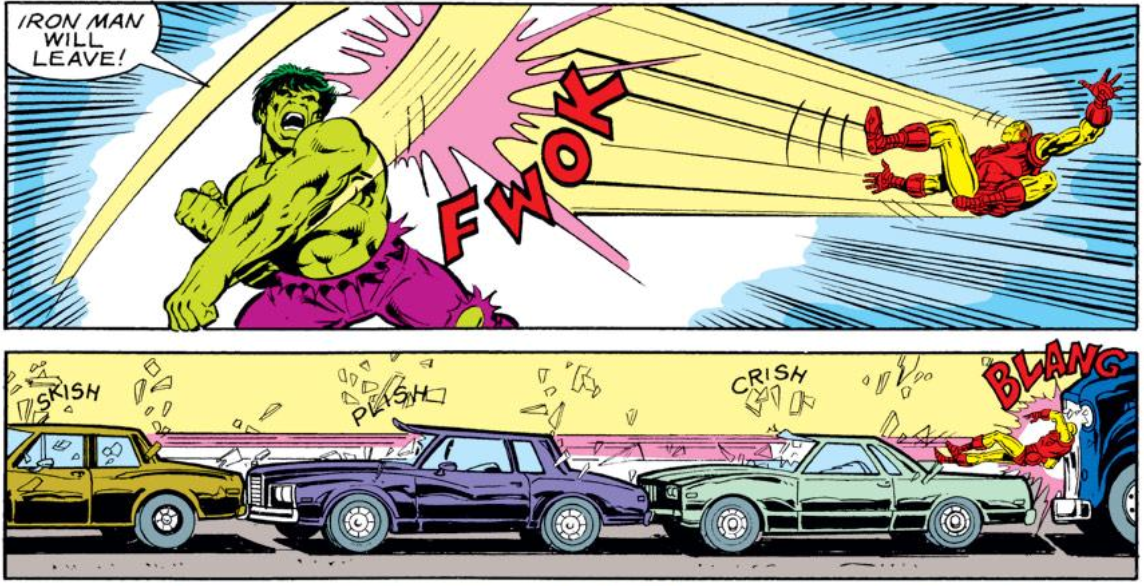 When he finally reverts to Banner, we get a pretty cool character moment:

Then there’s more Hulk vs. Iron Man, and in order to defeat him, Tony pushes his armor past its breaking point to where it shuts down.  He’s stuck inside it, and will soon run out of air.

That’s where it’s to be continued.

But before the fight with Shellhead, Hulk saves a little black boy…

That’s Jim Wilson–in his first appearance.  He’s introduced as a runaway from New York City, who holes up in a L.A. tenement, where he meets Hulk. 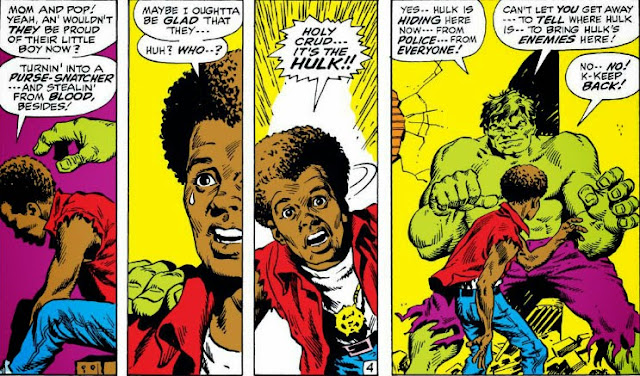 They find they are kindred spirits. 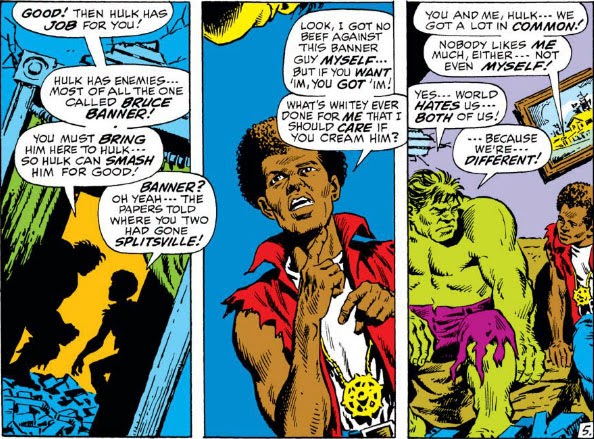 Wilson will be an on-again, off-again side player–like Rick Jones–until he dies of AIDS in 1994.