Hulk is the book where Bill Mantlo finally comes into his own, as a writer who can carry a series—not just be reliable for quick fill-ins.

This, his first three-issue arc, starts with Hulk going completely nuts.  When the Army tries to stop him, he flips the road like it’s a wet towel.

I think this is the first time he did this, but I know it wasn’t the last.  What I don’t know if it was Mantlo’s idea, or the idea of artist Sal Buscema.  Either way, it’s awesome.  Completely unrealistic, but cool as Hell. 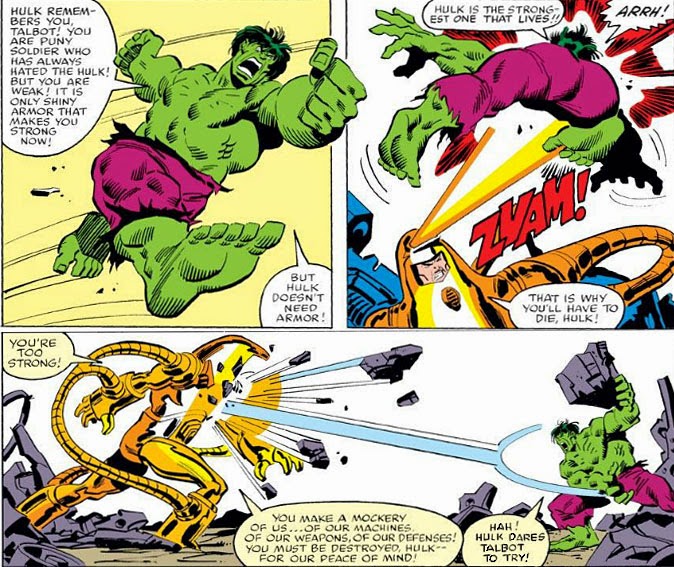 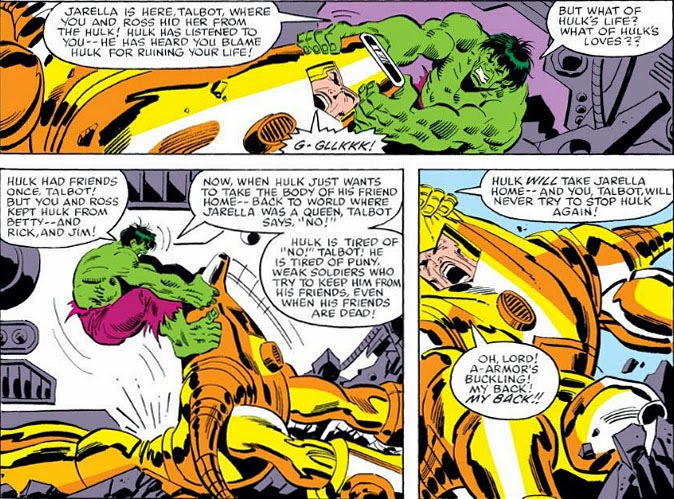 Hulk is furious because he now knows that Jarela’s dead body is being held at Gamma Base, and he wants to see her.  The Army is now using Super Mandroids as part of their Hulkbusting.  That’s cool, too.  I love the mandroid armor. 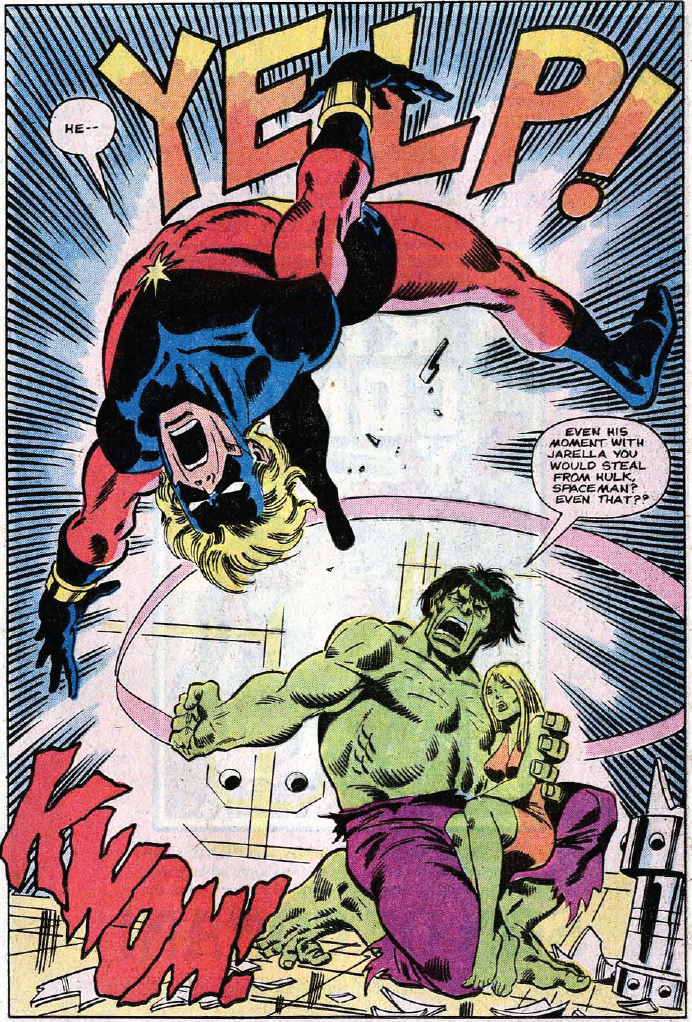 Even with the Mandroids, they can’t stop Hulk.  Captain Marvel shows up, and Hulk just throws the mandroids at him.  And then beats him senseless.

We get some updates on Hulk’s cast of characters.  Doc Samson is trying to give some therapy to General Thunderbolt Ross, who is catatonic from his losses to Hulk, when the story about Hulk’s mad-on comes on the radio and makes Ross hallucinate.  Nice moment, because it recognizes the lasting damage that can be caused by a worldbreaker like Hulk. 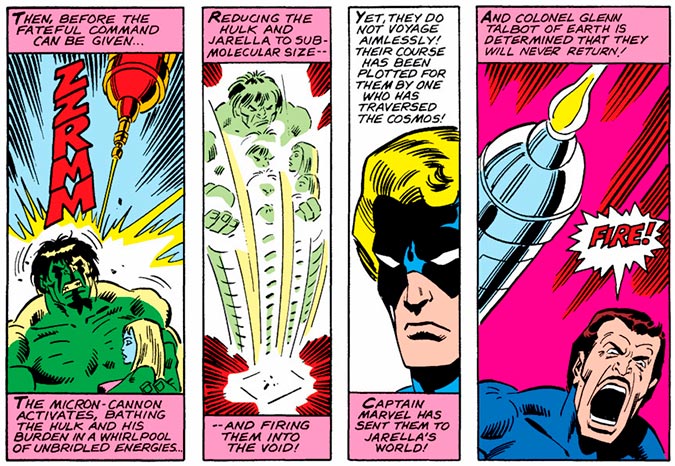 Mar-Vell helps Hulk shrink down to return to the microverse, so he can bury Jarela in her homeworld.

For some strange reason, Gardener is there now, using Adam Warlock’s soul gem to create a verdant valley. 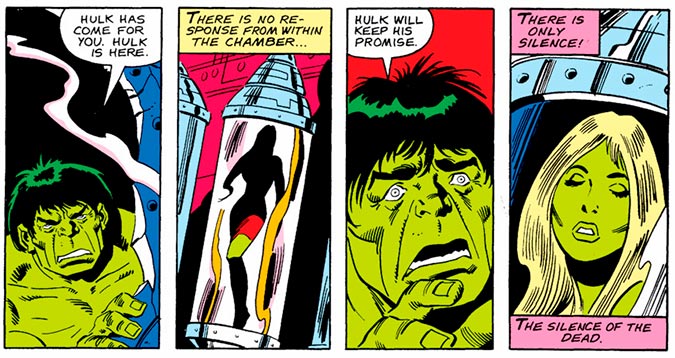 Hulk doesn’t care for plants and just wants to be left alone with Jarela’s body—which shows no signs of rot or decay—so he attacks Gardener and takes the Soul Gem from him, and then throws it into the ground beneath them.  He then buries Jarela. 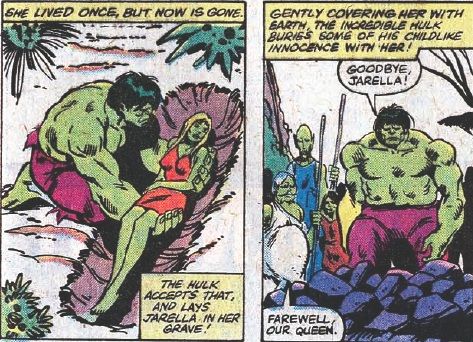 You can see where this is going, can’t you?

Well, it doesn’t happen now.  Jarela is not resurrected by the Soul Gem.  But it seems pretty likely that that will be a future event, doesn’t it?

Creators: Bill Mantlo and Sal Buscema
Grade: C+
For the complete history of the MU, year by year, go here.