At last, Bullseye becomes the Bullseye we know and love.  This is his first battle sequence against one of Matt’s girlfriends.  He fights them all, and kills several of them.

This is also when we learn definitively that Ben Urich is investigating Daredevil–and suspects he is Murdock.  The relationship between Daredevil and Ben Urich becomes a major component of the Daredevil storyline, sort of like Captain Stacy and Spider-Man.  Reporters and cops always seem to be friends with capes.

Finally, these issues mark the first appearance of Josie’s Bar and Grill–where, throughout Frank Miller’s run–Daredevil repeatedly goes to find Turk, get information, and smash the front window.

Roger McKenzie is still credited as writer, but I can’t imagine Frank Miller didn’t have a lot of input as to script, storyline, plot, etc.  He’s not getting credit for any of it yet, but he will be soon enough.

Miller’s gymnastic approach to the character and his wonderful use of backdrops for battles was what made this the first truly noir comic, and one of the best of all time. 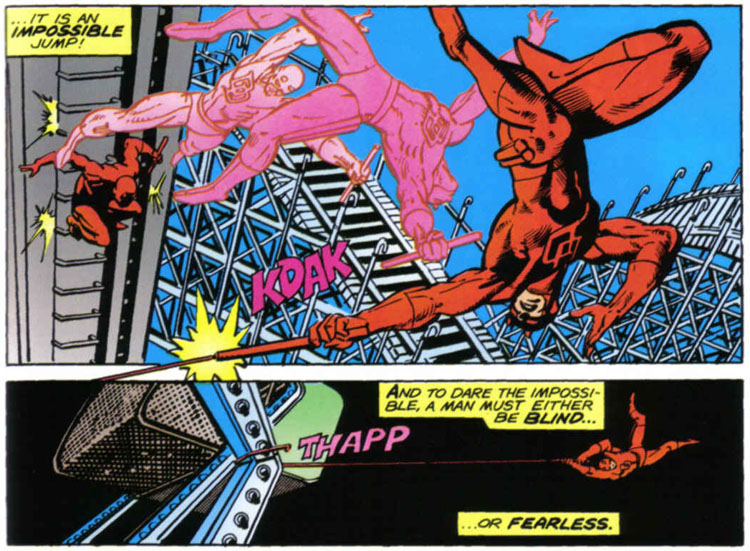 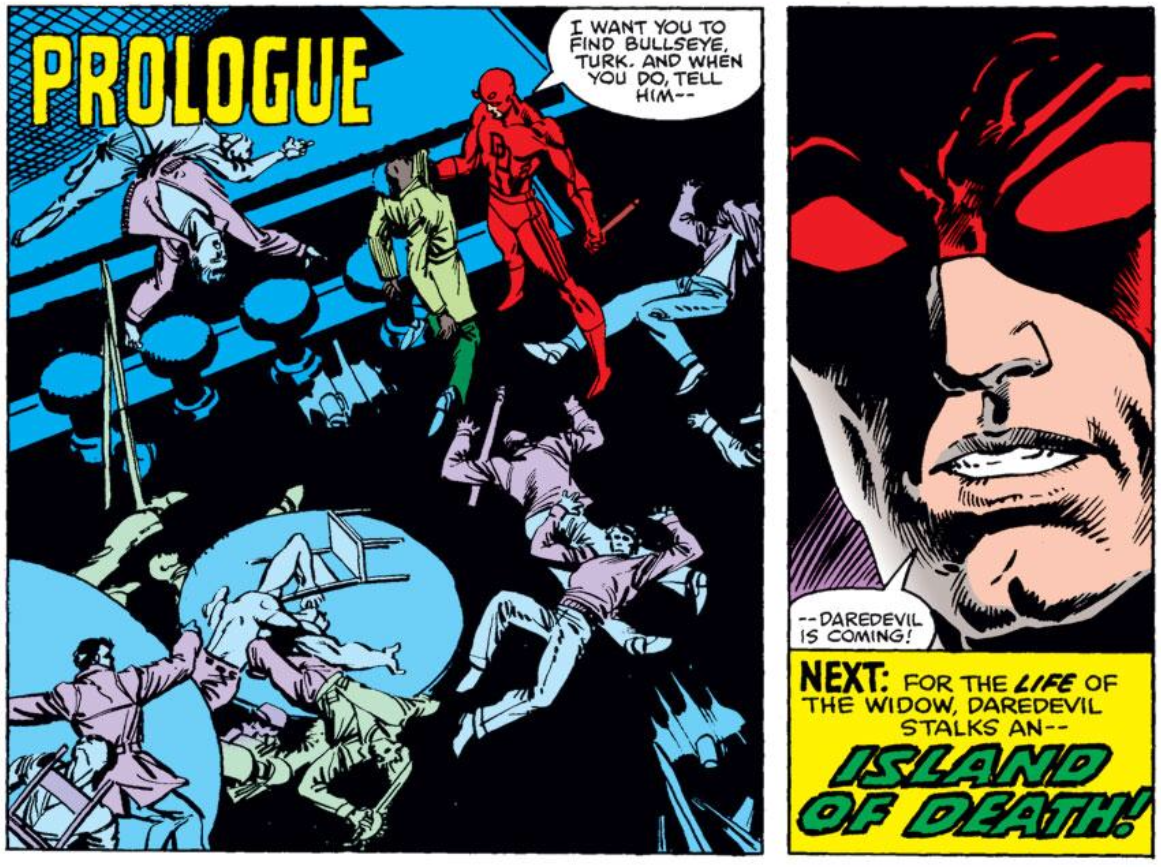 Creators: McKenzie and Miller
Grade: B+