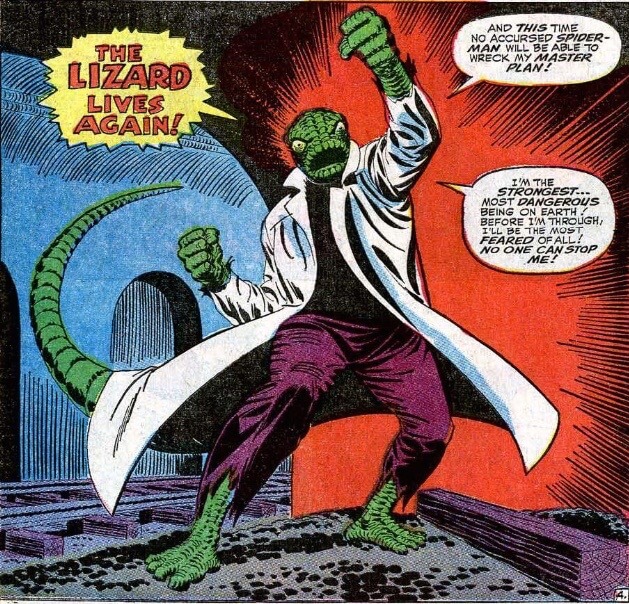 But, more interestingly, Mary Jane Watson is emerging as the first woman written by Stan Lee who seems fully self-aware.  These initial post-Ditko issues really changed the tone of the book.  Now, girls are fighting over Peter Parker, everyone is talking like hep cats, and the costumed adventures are almost secondary to the romantic drama. 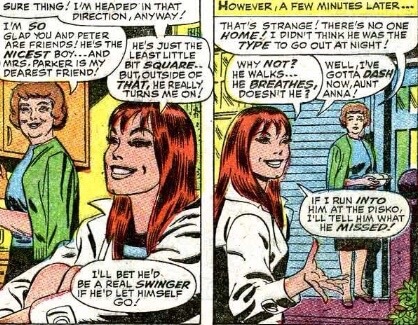 Mary Jane calls Peter Parker a “swinger.”  Get it?

She’s a party girl, for sure, and kind of vapid—but she’s got this attitude towards Peter Parker that says, “sure, he’s cute, but if he’s not going to chase me, I’m surely not going to chase him!”  We’ve never seen that level of independence in a woman written by Stan Lee before. 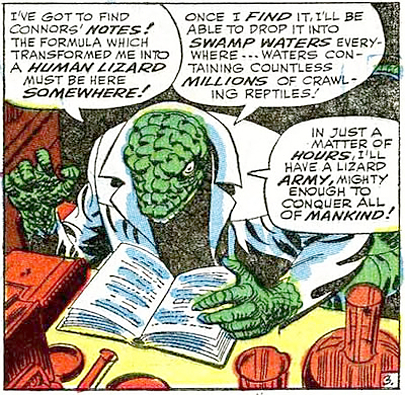 He tries to create a lizard army using Dr. Connors’ (i.e., his own) laboratory and notes, but he’s Lizard and can’t understand science.

After a fight in issue #44, Spidey hurts his arm, so he wears a sling for the rest of the story. 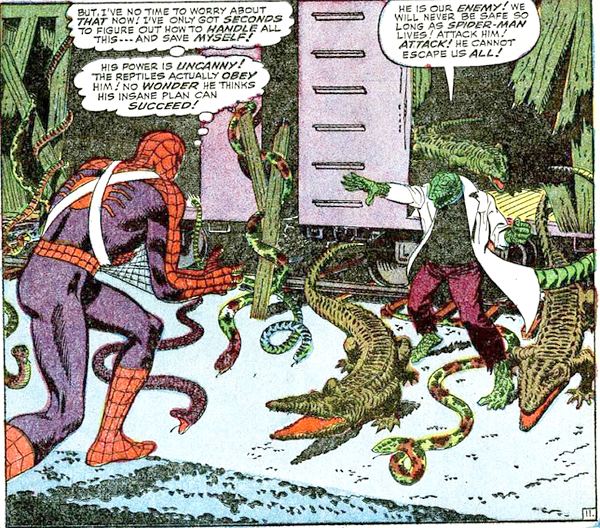 When Spider-Man finally catches him, he is able to decipher the notes and cure Lizard.  The closing panel, with a grateful Connors family watching Spider-Man swing away, was pretty interesting… 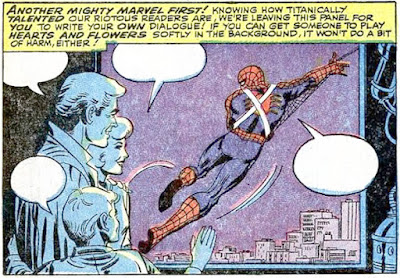 Stan Lee let readers fill in the dialogue for themselves.  Which is a good idea, because Stan screwed up the balloons this issue, having Spidey call Lizard “Scorpion.” 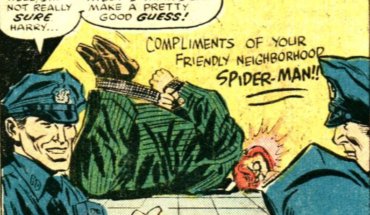 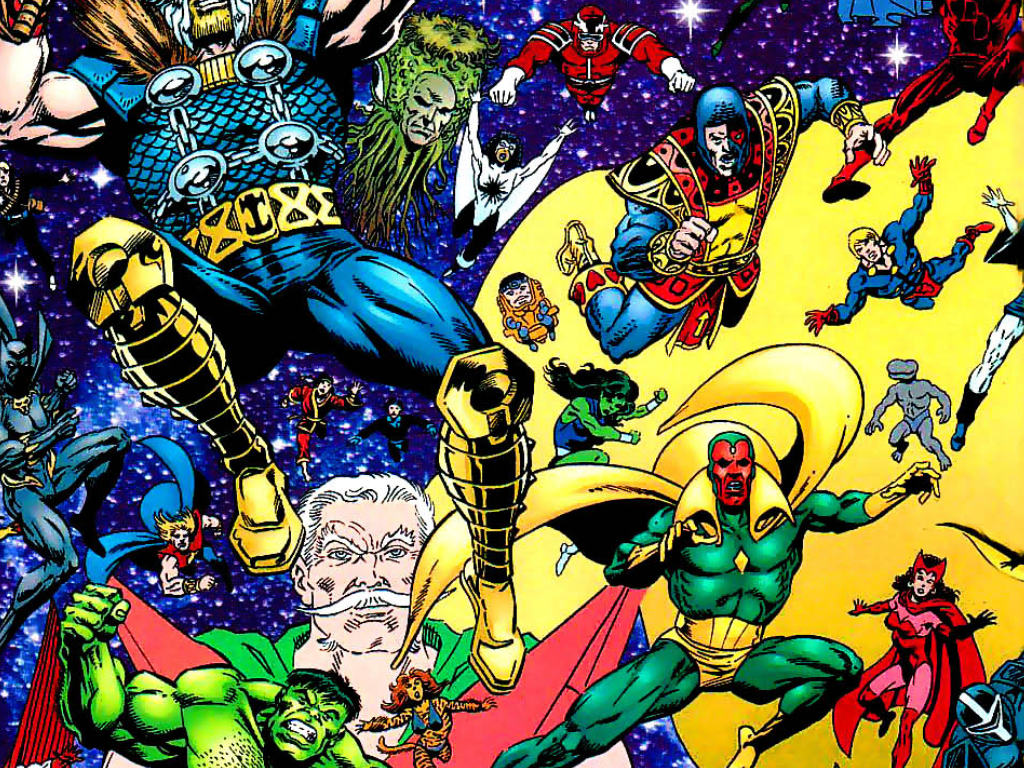