A classic done-in-one.  While the storylines involving “tortured Thing” could get tiresome, this one–in which someone switches bodies with him–is an absolute classic.  And look at that beautiful splash page.

A mystery man tricks Thing into sleeping on his couch and then pulls a body switch. At the end, everyone is reunited. 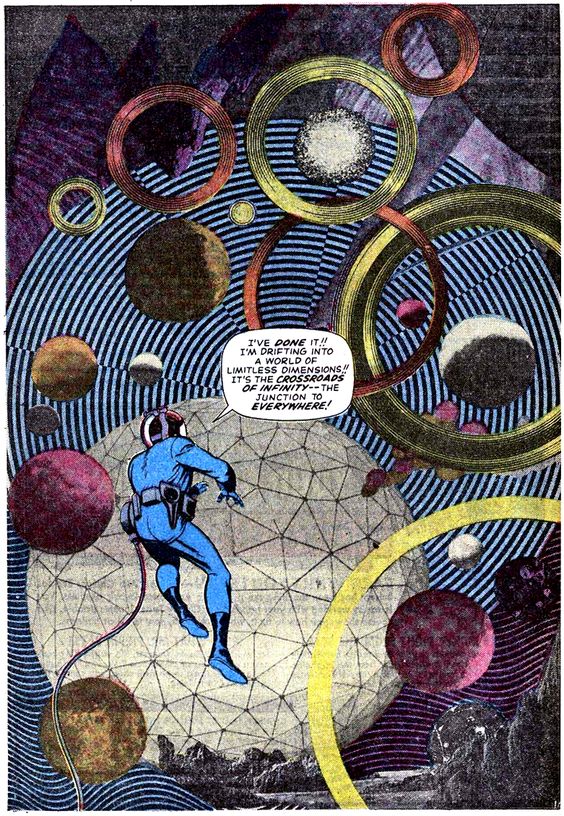 Reed Richards invents a portal.  This was the issue that introduced the Negative Zone for the first time, and also the first issue where Jack Kirby used photo-collage to illustrate the story.  He originally wanted to tell the whole story this way, but it was too expensive and time-consuming for Marvel to publish.

Reed named it the Negative Zone because…